Kirsten Dunst is no stranger to playing a female involved with a male who has strange powers. I saw her as the little vampire daughter to Lestat in the film version of Interview with the Vampire (1994).  Later she was the sweetheart of the superhero called Spider-Man (2002).  Kirsten Dunst has matured into the role of a young mother who fled a religious cult.  She's an outcast.  Her gentle little boy has supernatural powers that come from a mysterious unseen source. 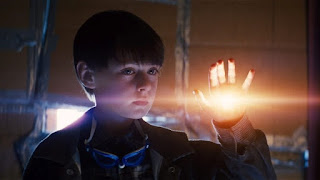 He and his father and a friend are pursued by killer extremists from the religious cult and by U.S. government agents.  Cult members see the boy as a heaven-sent savior.  Government and military officials see him as a possible secret weapon.  Father, son and friend can only flee at night because of the boy's unique physical condition. 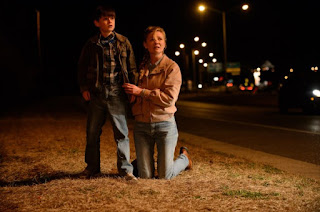 Joel Edgerton plays the faithful Texas friend who helps the father get the boy safely to his mother. 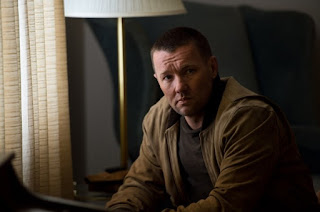 Edgerton, an Australian, was excellent as Tom Buchanan in The Great Gatsby starring Leonardo DiCaprio and he was charming as Charlie in the British comedy film, Kinky Boots.  The musical version became a Tony-winning Broadway musical comedy hit. 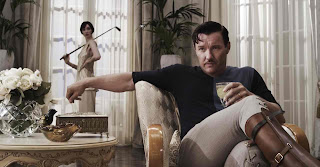 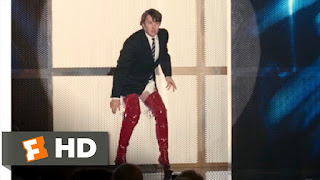 The actors and I discuss their good new sci-fi thriller from director/writer Jeff Nichols and the story's intelligent content.  I also asked Joel Edgerton if he'd ever put on women's sexy footwear again.

Some sci-fi/fantasy movies dazzle you with special effects but that's all there is.  There's no story.  As the British might say, "It's all fur coat and no knickers." There's substance, spiritual depth and family love at the heart of this sci-fi thriller. Here's a short trailer for Midnight Special which opens in the U.S. on March 18th.  Michael Shannon and Adam Driver co-star.