POWER.  The tale that gives you gangster and glitz.  This attractive production also gives you very fine acting.  If only some new movies I've seen this year were as good as the first season of the original crime drama TV series on the Starz network.  I was riveted to the Power couple.  Two people are in a steamy, secret relationship.  Each one has a secret and a powerful hidden identity that drastically complicates the career of the other. 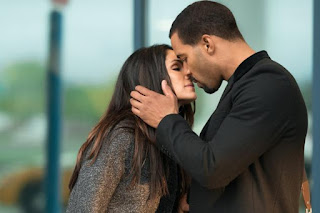 This series is about different kinds of power, about the duality each person can have and the consequences of the choices we make.  Do we travel down the road that takes us to the light or to the dark?  Wealthy James St. Patrick, a sophisticated and sexy Manhattan married man and proud papa, is the main character.  He's handsome.  He dresses well.  He's dangerous and in the drug trade.  He has another identity.  He's also known as "Ghost."  James St. Patrick is played by actor and poet Omari Hardwick. 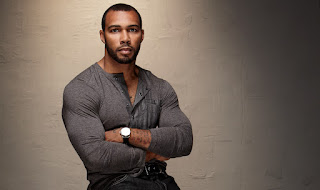 "Ghost" is one dapper drug dealer whose suits are a Power statement in themselves. 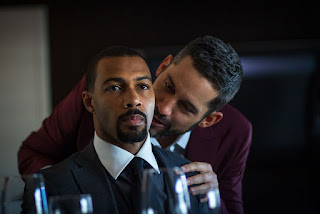 James has a wife (played by Naturi Naughton, interviewed in my previous post.) 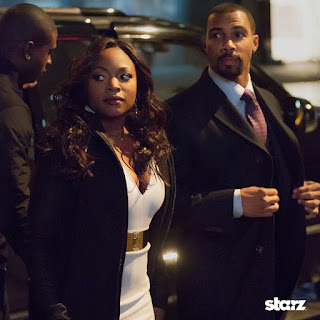 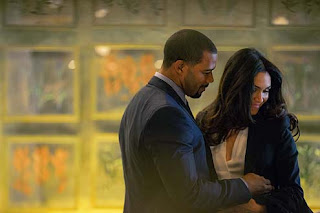 The fascinating Lela Loren causes even more drama as Angela in Season Two.  How far will Angela go?  Remember the Henry Kissinger quote:  "Power is the great aphrodisiac."

Lela Loren and Omari Hardwick talked to me about the blessing of being an employed actor and the gift of this series from executive producer Courtney Kemp Agboh.  Lela tells me how she found power in acting.  She's acted on other network shows such as The Mentalist, Lost, The Closer, The Shield, CSI: New York and CSI: Miami.  For her, the acting profession seemed to be an accident.  Her sights were set on science.  But I think divine heavenly forces meant for her to be an actress.  Here's our conversation. 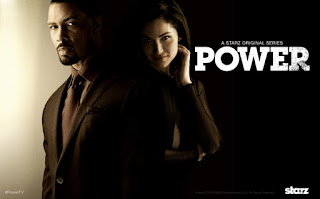