A producer and a distributor need to see my demo reels.  So, I will post four short reels here.  I have 10 years of network host/contributor credits. You'll see samples in the posted videos.  You'll also see that talking about films and interviewing folks in the film business is my passion.  If you need to know a bit more about me, just cast an eye to the right side of this page and take a short scroll down to the biographical About Me section. 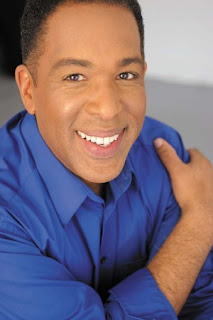 Here's a short reel highlighting my scripted and unscripted TV host skills.
To get a sense of my classic and new film knowledge, watch this.  By the way, I'm one of the few African Americans who was a weekly film reviewer on a national show.  I was the entertainment editor for Lifetime Live, an ABC News production on Lifetime TV.
Here's another short clip of my work as entertainment editor on Lifetime Live.  I loved and treasured working with Dana Reeve, the wife of Superman actor Christopher Reeve.
Recently, I've been a co-host for Arise On Screen, an NYC-based weekly film review and entertainment news show that airs in the U.S. and London on cable's Arise.TV. 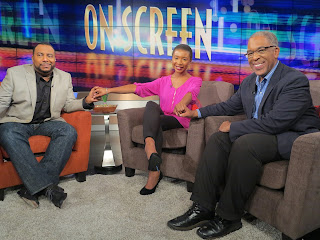 I've also been asked to make PBS appearances as a guest co-host.  Here's a recent example in which I talk about TV legend Lucille Ball on KVIE PBS in Sacramento.
I can be contacted via Facebook and on Twitter. My handle there is @BobbyRiversTV.
at June 02, 2015