Curtis Jackson, also known as "50 Cent," is a Grammy winner and famous rap music star.  He doesn't just make music.  He's a businessman in the entertainment industry.  He's now an astute TV executive.  For the Starz® network series, POWER, he serves as one of the show's executive producers.  He's also in the cast of this thriller crime drama. 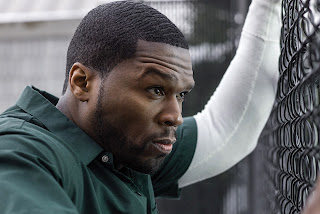 As a producer, Jackson brought a Chicago actor into Power.  He praised his talent to the show's creator and other executive producer, Courtney Kemp Agboh.  Once you've seen this actor, it should come as no surprise that Joseph Sikora has been directed by the revered Martin Scorcese.  Scorcese directed Sikora in the pilot episode of HBO's Boardwalk Empire.  Also on HBO, Sikora played a biker called "Ginger" opposite Matthew McConaughey in the first season of True Detective.  For the Starz series, Joseph Sikora is a standout as Tommy Egan, loyal longtime friend to the show's main character. 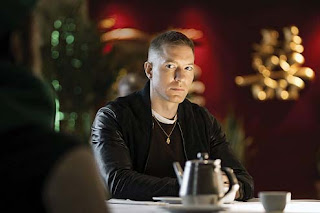 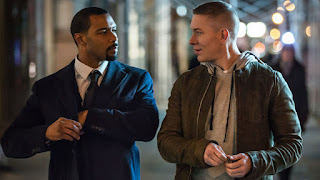 James leads a double life.  So does his girlfriend.  He's unaware of that in the first season.  But Tommy's hip to it and the action heats up even more for season two.
"50 Cent" and Joseph Sikora chatted with me in New York City about their Power.
The good acting continues in season two starting Saturday night at 9p ET/PT on Starz. 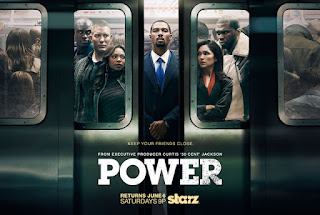