Naturi Naughton has real Starz POWER.  The crime drama TV series on cable's Starz network has been picked up for a second season.  The season starts Saturday night, June 6th.  I loved meeting the actress recently in New York City.  On the series, she plays a wife who could be inducted into a women's club along with Mrs. Tony Soprano from HBO's The Sopranos.  You'll see what I mean after our interview.  This is the kind of juicy role that African American actresses didn't have opportunities to play on television when I was a kid.  And, let's face it, there were no weekly TV series that had an African American woman as executive producer.  Power does -- and her name is Courtney Kemp Agboh.  Naturi is quite proud to be a part of this gritty and glamorous production. 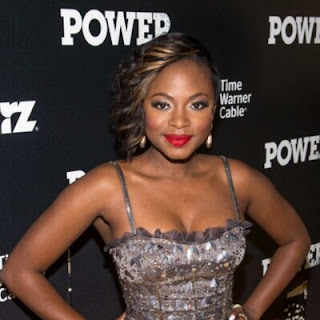 This isn't Naturi's first experience as a TV series cast member.  Back in 2011, there were two show that came under a bit of scrutiny from entertainment columnists for the shows' minimal racial diversity and opportunities for black actors.  Pan Am on ABC was a new series about four young, single, New York City stewardesses looking for love in the early 1960s.  There was no black stewardess.  You rarely saw any black people onboard the planes as passengers and there were hardly any black background actors in the airport terminal scenes.  That was just wrong and inaccurate for Manhattan in the 1960s.  The other new series aired on NBC.  The Playboy Club took us to 1960s Chicago.  Naturi played the only African American Playboy bunny in the exclusive nightspot. 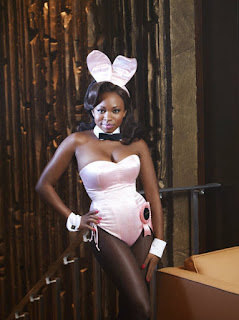 Neither show made it to a second season.  Before that, Ms. Naughton was on Broadway for three years in the big hit and Tony award-winning musical comedy, Hairspray.  Based on the John Waters 1988 cult classic of the same name, Hairspray focused on a popular 1960s teen dance local TV show and discrimination in Baltimore -- discrimination against black people and plus-sized females.

Naturi Naughton now stars on a modern-day show that embraces diversity as it takes us to some mean streets in Manhattan.  We talked about Hollywood diversity, about her executive producer and about talent agents who represent people of color as clients.  Naturi plays Tasha St. Patrick, the wife of a drug lord on Power.
The series looks at different degrees of power and the consequences of the choices we make, the roads down which we choose to travel.  There's plenty of action and some mighty fine acting on this show.  Here's a taste of Season One.

Again, you can see the Season Two premiere of Power this coming Saturday night on the Starz cable channel at 9pm ET/PT.  I'll talk to more cast members and I'll also be talking to one of the show's producers -- Curtis Jackson, known to rap music fans as "50 Cent."