WAKE IN FRIGHT: A Scary Christmas

If you're seeking an edgier classic to watch during the Christmas holiday season, something less sentimental than It's A Wonderful Life or White Christmas and something less jolly than Elf, I've got a   DVD recommendation for you.

Wake in Fright  (1971):  It's been written that this controversial film put the Australian New Wave film scene on the map.  The story opens on the last day of school before Aussie youngsters start Christmas break.  Their handsome, blond, neat and clean teacher plans to head to Sydney for his Christmas holiday after he spends the night in a small town.  What happens to him could make most male viewers swear off beer for the rest of their lives.  The simple offer "Have a drink, mate?" opens a door to psychological alpha male darkness in the dusty sun-drenched outback.  The schoolteacher will wind up a total mess, in an alcoholic haze, having witnessed a kangaroo slay ride and having been near opportunities for some primal sex.  It's a hell of a Christmas holiday.  A living hell of a holiday for the teacher.  He planned to spend Christmas with his girlfriend.  The stopover in an outback mining town could do him in.  "Have a drink, mate?" 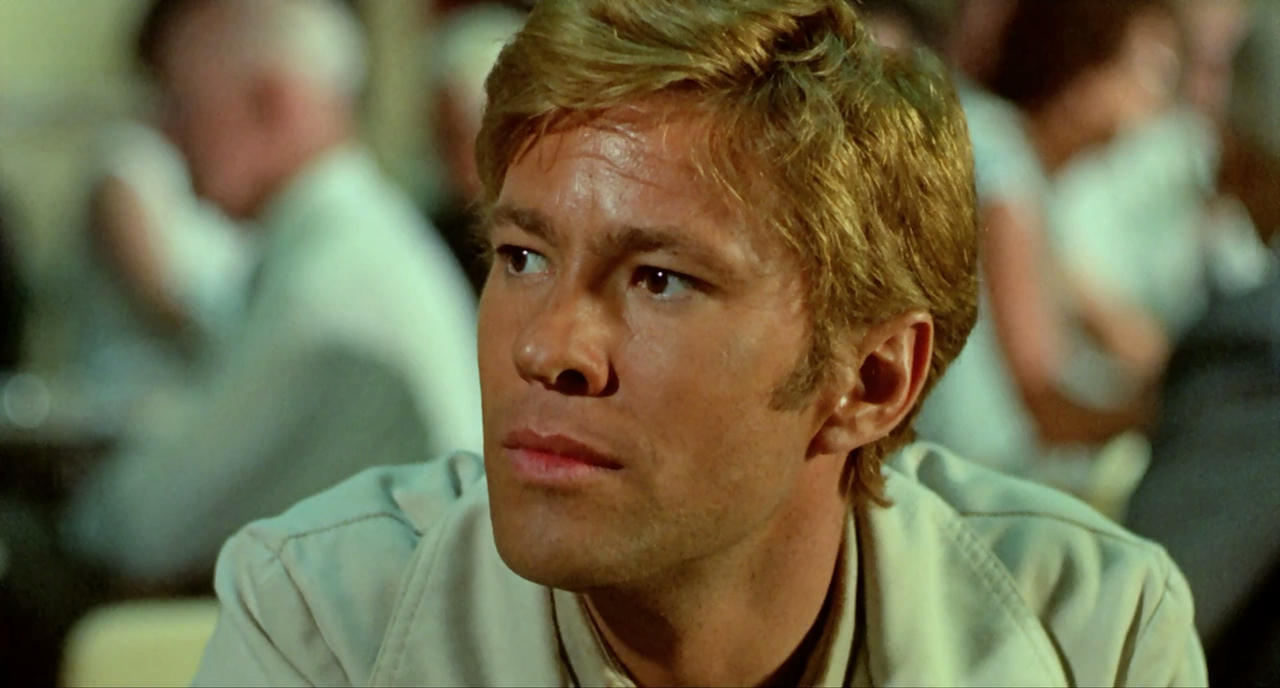 Liquor, ladies, guns, gambling.  It's all available at in the outback. Drinking is a forced ritual.  Can the teacher get back to civilization?  A must-see performance comes from Donald Pleasence.  You've seen him as the gentle blind British forger who flees a Nazi prison in The Great Escape, the crazed scientist in Fantastic Voyage, as Blofeld -- nemesis to James Bond -- in You Only Live Twice and as Dr. Sam Loomis in Halloween.  Here, the bald actor burns up the screen as the outback wildman who looks batshit crazy.  What makes him so scary is that he's an intellectual with caveman behavior. 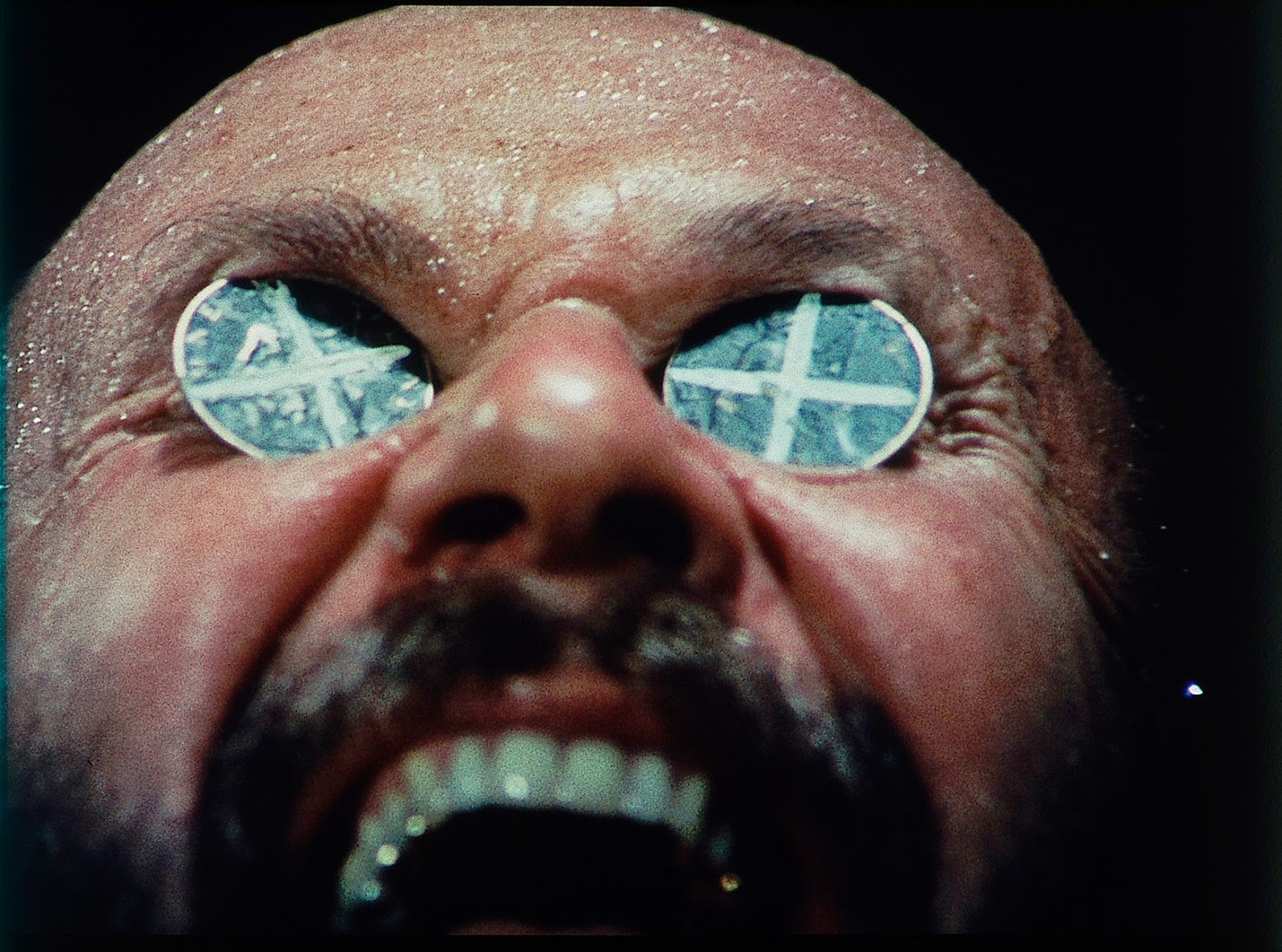 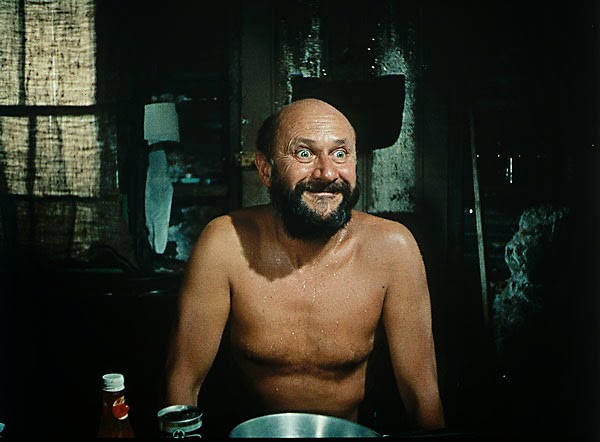 He could destroy the schoolteacher.  He could help him survive.  This film is powerful and unsettling.  Gary Bond, a star of London stage musicals, played the teacher pushed to the hot brink of self-destruction when he gets caught up in pack of macho Aussie males. 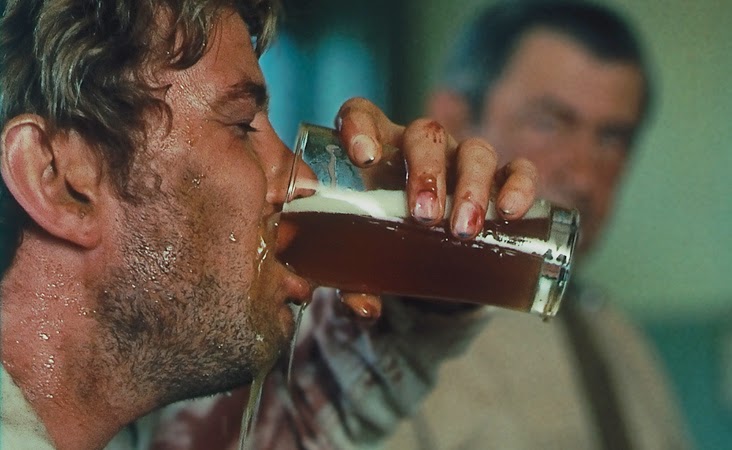 The film was directed by Ted Kotcheff.  He went on to direct First Blood, the film that introduced Sylvester Stallone's Rambo character, and the 1980s corpse comedy, Weekend at Bernie's.  He also directed several episodes of NBC's Law & Order: SVU.  Have some non-alcoholic beverages and watch Wake in Fright. 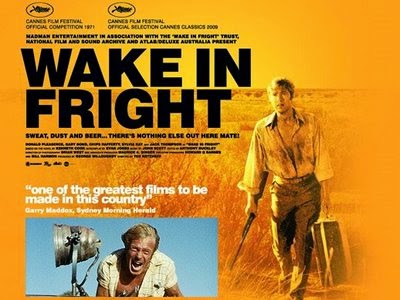