Get A LETTER TO THREE WIVES

What a year.  Can you believe that the most controversial Hollywood film of the year, one that made us wonder if theaters showing it would be the targets of terrorist attacks, was a new Seth Rogen and James Franco comedy called The Interview?  This movie isn't exactly a classic like Chaplin's The Great Dictator or Kubrick's Dr. Strangelove. It's got Franco as a ditzy tabloid TV show host who explains what a great "money shot" is in gay porn.  Seth Rogen plays his TV producer who gets instructions on how to hide a big, thick metal tube of CIA secrets up his bum.  Even the White House got involved with the controversy regarding The Interview.  Who knew that Seth Rogen's butt in a new movie would become part of a symbol of American patriotism and free speech?  This is the movie that has Korean dictator Kim Jong-un saying "I've got a butthole and it's working overtime."

Let's go back to the glory days of Hollywood and some entertainment from a filmmaker who had four Oscars on his mantlepiece.

Rich with witty dialogue, this is a must-see classic sophisticated comedy that's a festive rental for New Year's Eve.  One of my favorite exchanges is between two working class women, longtime best friends, who work for the upper class folks in the town.  Mrs. Finney's loud grown daughters are beating on her eardrums with their squabbling.  Sadie, Mrs. Finney's best friend, sings "Auld Lang Syne" through the ruckus.

Mrs.  Finney:  "Can't we have peace in this house even on New Year's Eve?"

Sadie:  "You got it all mixed up with Christmas.  New Year's Eve is when people go back to killing each other."

Linda Darnell, Ann Sothern and Jeanne Crain starred in A LETTER TO THREE WIVES.  If you love ALL ABOUT EVE, you need to see this one. 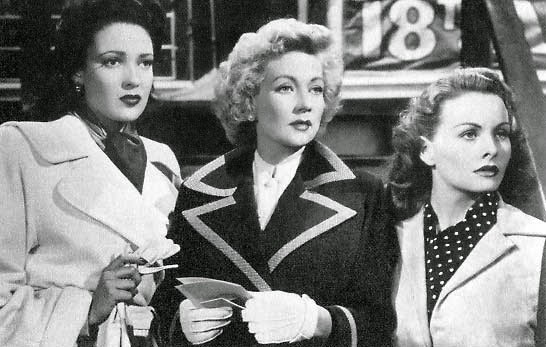 My favorite character is Linda Darnell as Lora Mae Finney, the luscious babe with dollar signs in her eyes.  She's got a comeback for every line you can toss at her.  If Linda Darnell had ever received an Oscar nomination in her film career, it should've been for this delicious performance.  Burly Paul Douglas plays the town's bachelor millionaire businessman.  He's Lora Mae's boss.  He'd like to spend time with her after office hours. 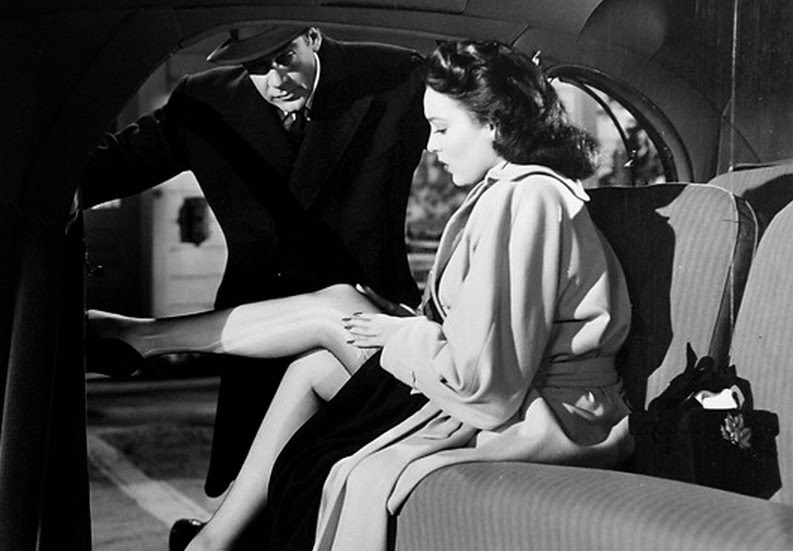 Thelma Ritter stars as Sadie (holding a beer in the photo below).  Need I say more? 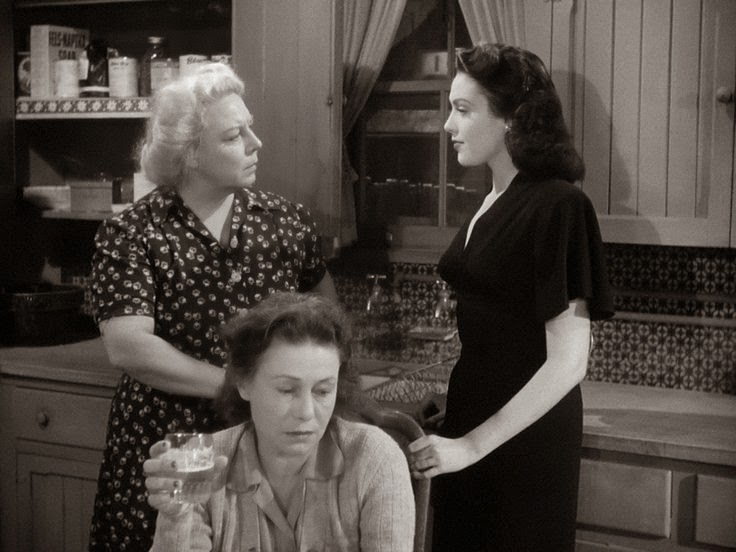 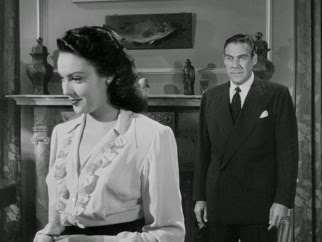 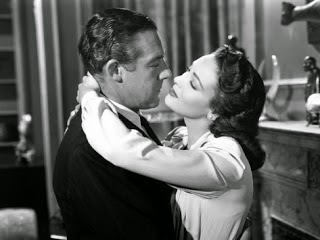 What happens after Lora Mae traps her bear?  Get A Letter To Three Wives and find out.