It's A MOST VIOLENT YEAR

With a title like that, I expected a lot of graphic bloodshed and sizzling sex.  Not so.  In fact,  there was more violence and gunfire in Iron Man.  This new film has more emotional tension than physical violence.  I tell you that so you won't expect blood and guts and blow-ups and bare bodies if you see it.

The tone of A Most Violent Year reminded me Sidney Lumet films made in the 1970s and '80s in New York.  Films that dealt with values, corruption and forces that one tries to control but the forces wind up controlling you.  Serpico (1973), Dog Day Afternoon (1975) and the under-appreciated cop drama Prince of the City (1981) are examples.  Lumet made films that were heavy on dialogue.  I think director/writer J.C. Chandor was heavily influenced by the kind of good, gritty films we got in the 1970s and '80s. 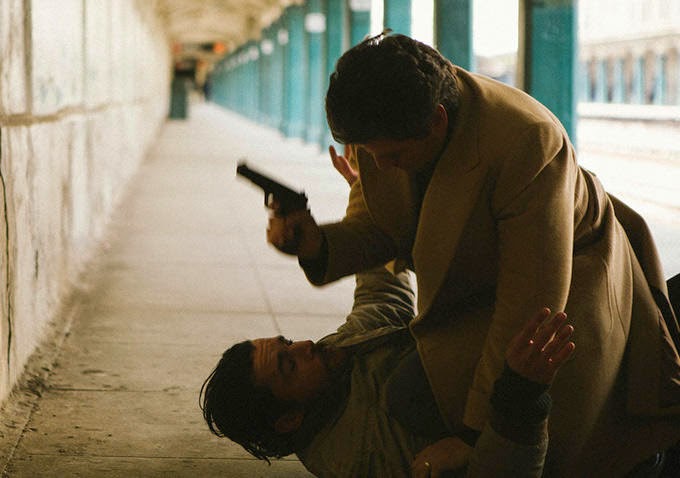 The story takes us to New York City in 1981.  An immigrant, who seems to have done pretty well for himself, seeks to protect his business and his family.  He's handsome, dapper, persuasive, ambitious.  He has a gun but he doesn't want to use it.  The moviegoer sits there and tries to figure out if this guy is mobbed up or what.  Some shady financial dealings occur and his wife is involved.  She looks like a blonde bimbo but she's got terrific math skills. He's more concerned with doing the right thing than she is. 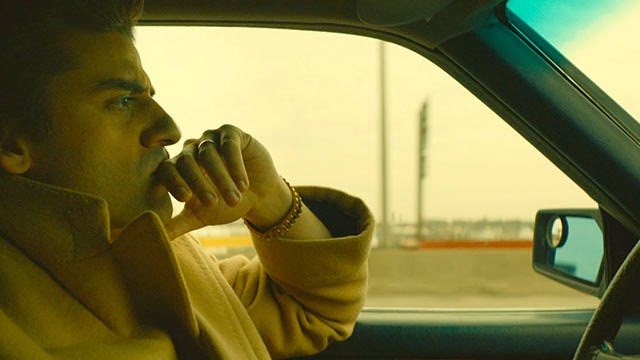 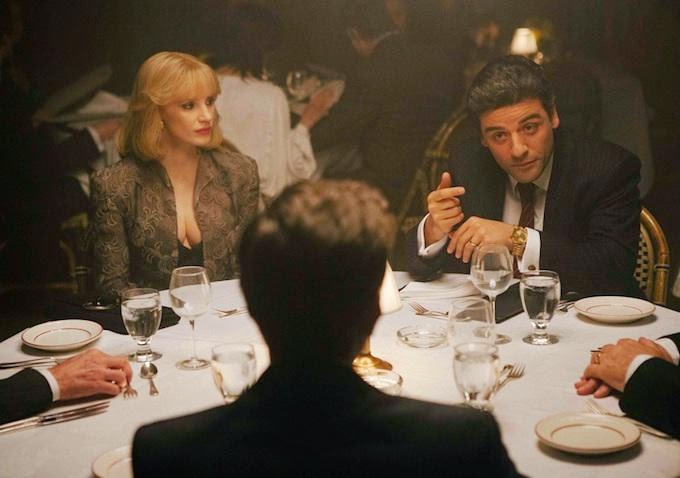 She may be cooking the books in her office job and that possibly helped them purchase a huge house out in the woods.  Personally, I wondered how they got together.  They're an odd couple.  He's like a Tony Award-winning Broadway drama.  She's like a Real Housewives reality show celebrity.  The characters seemed oddly matched. 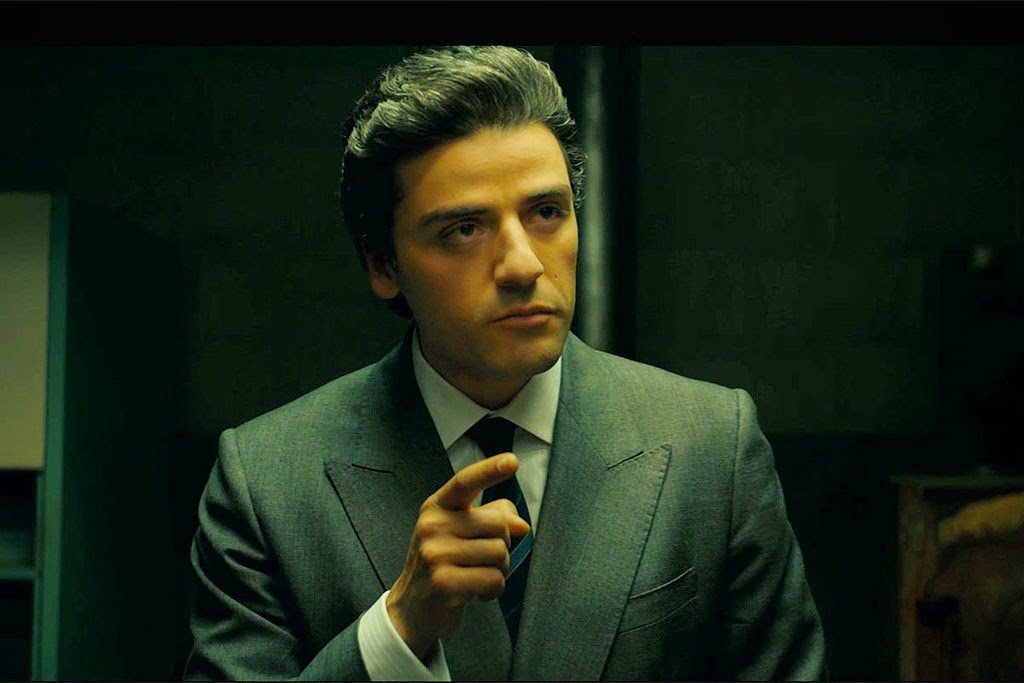 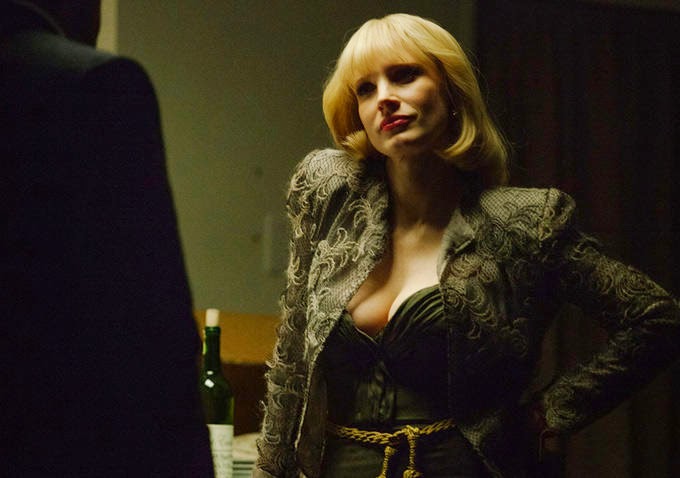 If you're up for a lot of action, this movie is not for you.  It's almost like a special 2-hour episode of The Sopranos written by National Public Radio writers.  What hooked me was the acting.  It gives juice to a movie in which there really isn't much happening.  I'm sure some critics will snark that Oscar Isaac does an Al Pacino imitation in this film.  When you see his demeanor and his close-ups, it's hard not to think that, if The Godfather was made today, he'd be Michael Corleone.  His look resembles Pacino's a bit.  But he's not Pacino.  He's got his own talents.  He does make you wonder why Abel is so obsessed with oil.  Doesn't he realize what the obsession is doing to co-workers he cares about and to his reputation?  Just like today, the rich are getting richer -- and the poor seem to get the possibility of jail time.  Jessica Chastain plays Abel's tough wife, Anna. 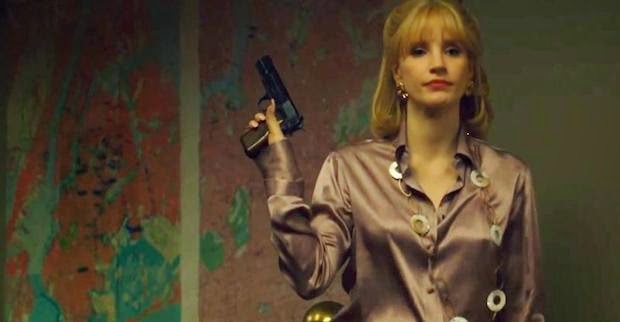 Chastain is the real deal.  She's like a chameleon.  This is the same actress who was the lovably bubble-headed blonde Southern outsider, Celia Foote, in The Help. 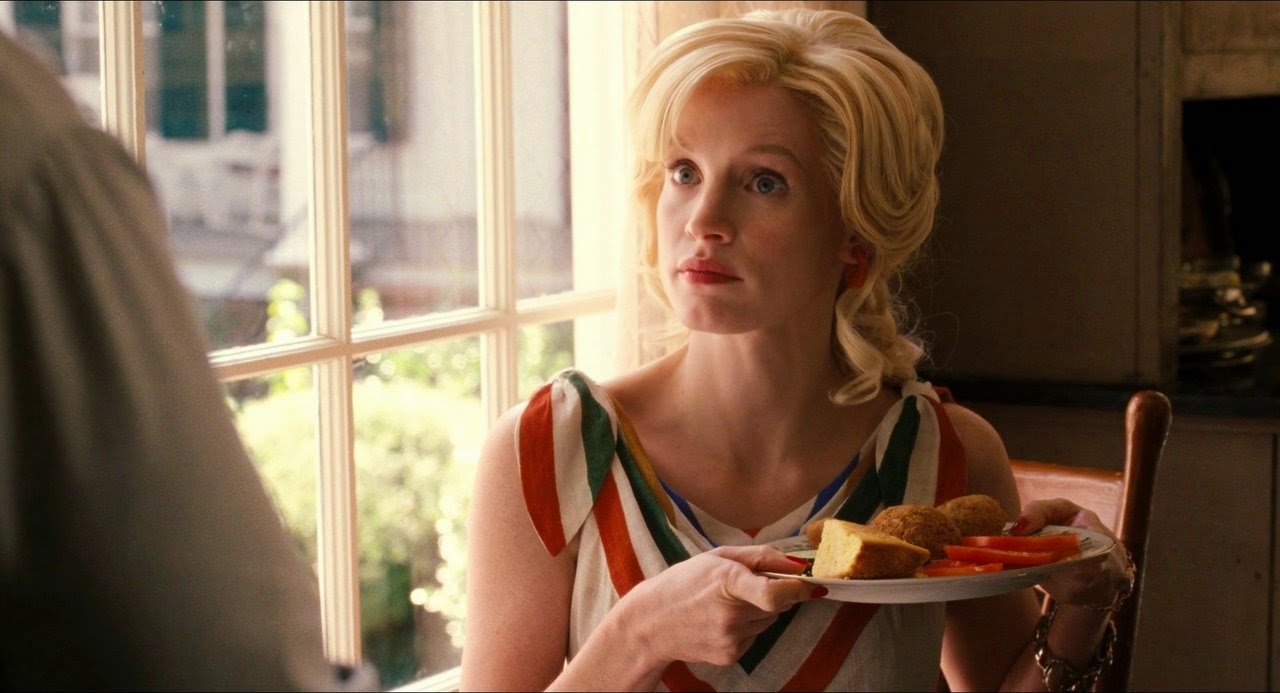 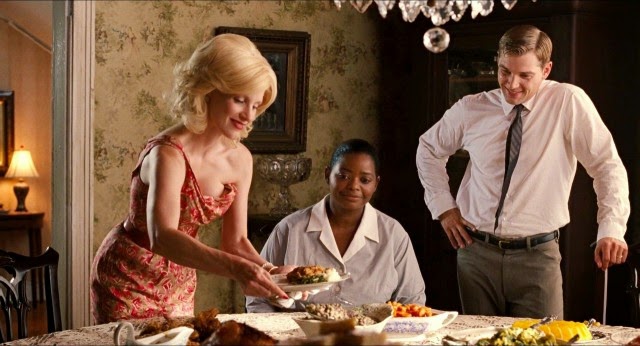 The other performance I loved comes from Albert Brooks, the comedian/actor who has some solid dramatic acting chops.  He's the lawyer who can handle the several dealings with the formidable Orthodox Jewish group.  He's the guy who knows what's tainted and what's not.  I wish his role had been bigger.  Another stand-out performance comes from actor David Oyelowo, currently getting high praise for his portrayal of Dr. Martin Luther King in Selma.  Here, he's an official who could put Abel in jail or keep him out of it. 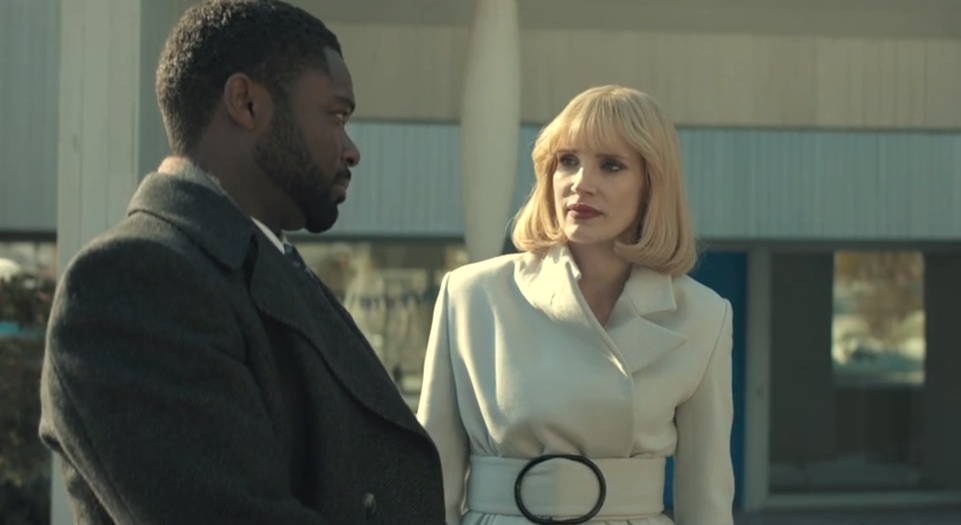 I saw A Most Violent Year at a screening in midtown Manhattan for critics.  A buddy of mine, an African American female critic, came up to me and whispered "What the heck was that movie about?"

I'll tell you what I told her.  This is my take on A Most Violent Year.

I lived in New York City for 20 years.  I lived below 23rd Street and had a daily view of the World Trade Center.  I was there on September 11th.  A couple of weeks after our national tragedy, New Yorkers in my neighborhood gathered for a downtown candlelight march for peace.  In the crowd, I heard people say over and over "This attack was all about oil."  Over and over again, as we marched, I heard "...all about oil."

Does Abel Morales really know how reliable or reputable the sources of his oil are?  Will he be controlled by corrupt forces he thinks he can control?  Will blood be spilled because of his oil obsession?  Is he willing to put people at risk to pursue the American Dream?

In a way, A Most Violent Year felt like a look at the kind of actions that made some folks richer, but tragically may have made us victims on September 11th.  There's blood and oil in A Most Violent Year.  And some good acting.  But not a lot of action considering its title. 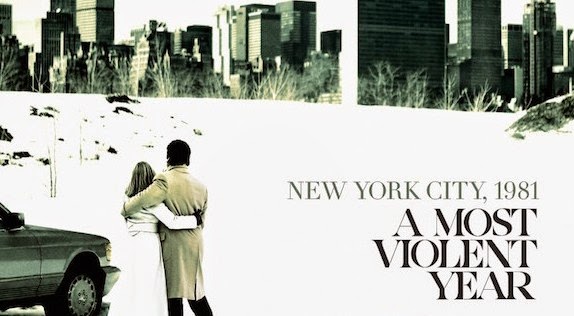