The Oscar nominations.  Last week, entertainment news was in a tizzy because of the racial sameness in the Oscar categories for actors and actresses.  The list of nominees was whiter than upper management at Fox News.  David Oyelowo was not a Best Actor nominee for Selma.  Ava DuVernay was not a Best Director nominee for Selma.  I discussed Oscar omissions onscreen and off with TV host, film critic and indie filmmaker, Mike Sargent.   Mike and I talked about Ava DuVernay not getting an Oscar nomination. 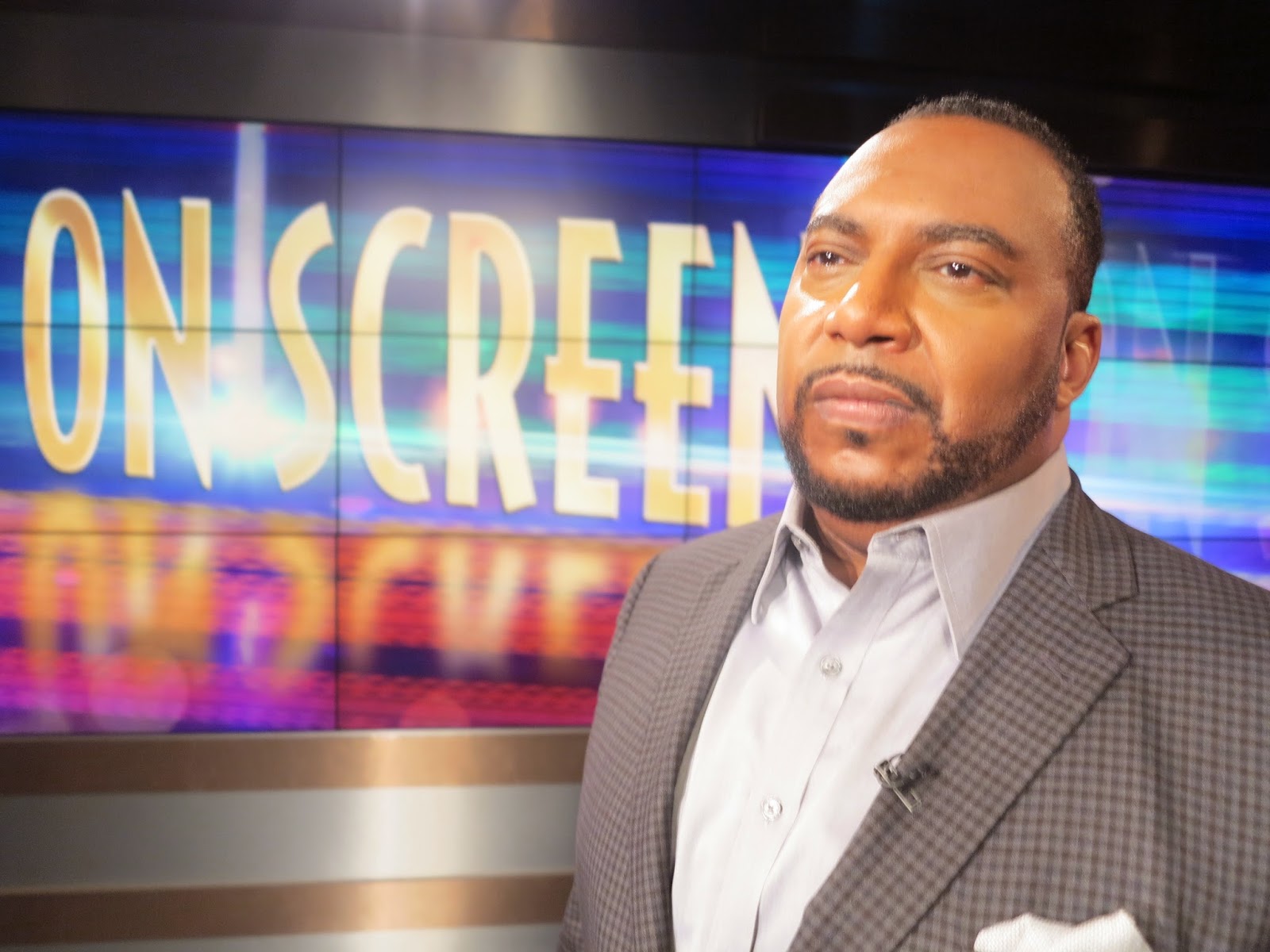 This kind of thing is a disappointment for black artists but it's like a birthday party for black people who review movies and cover entertainment news.  Why?  Because we're usually overlooked by mainstream  press the way Oyelowo and DuVernay were overlooked by the Academy.  But, whenever a Hollywood vs. Racial Diversity story hits the fan, suddenly we all get noticed and contacted to make statements on TV shows, on the radio or in print.  We get the kind of attention we've wanted all year long -- and we're asked to help blow out the candles of a flaming racial diversity problem in Hollywood.  With a story like this, network and local news suddenly become like the one white buddy   most of us black dudes have.  We've known him for years and we're his only black friend.  He gets invited to fancy parties and never invites us along.  But, if he has to drive to a function in Oakland at night, we get an invite to be his guest and sit in the front seat of the car.  We're his visual proof that he's liberal.  When this Hollywood controversy is over and things go back to business as usual, will those news stations contact those same black contributors to review the new Steven Spielberg, Wes Anderson or Tom Hanks movie?  Will they get contacted to do the Meryl Streep, Amy Adams or Bradley Cooper interview? Nope.

And we should be contacted. 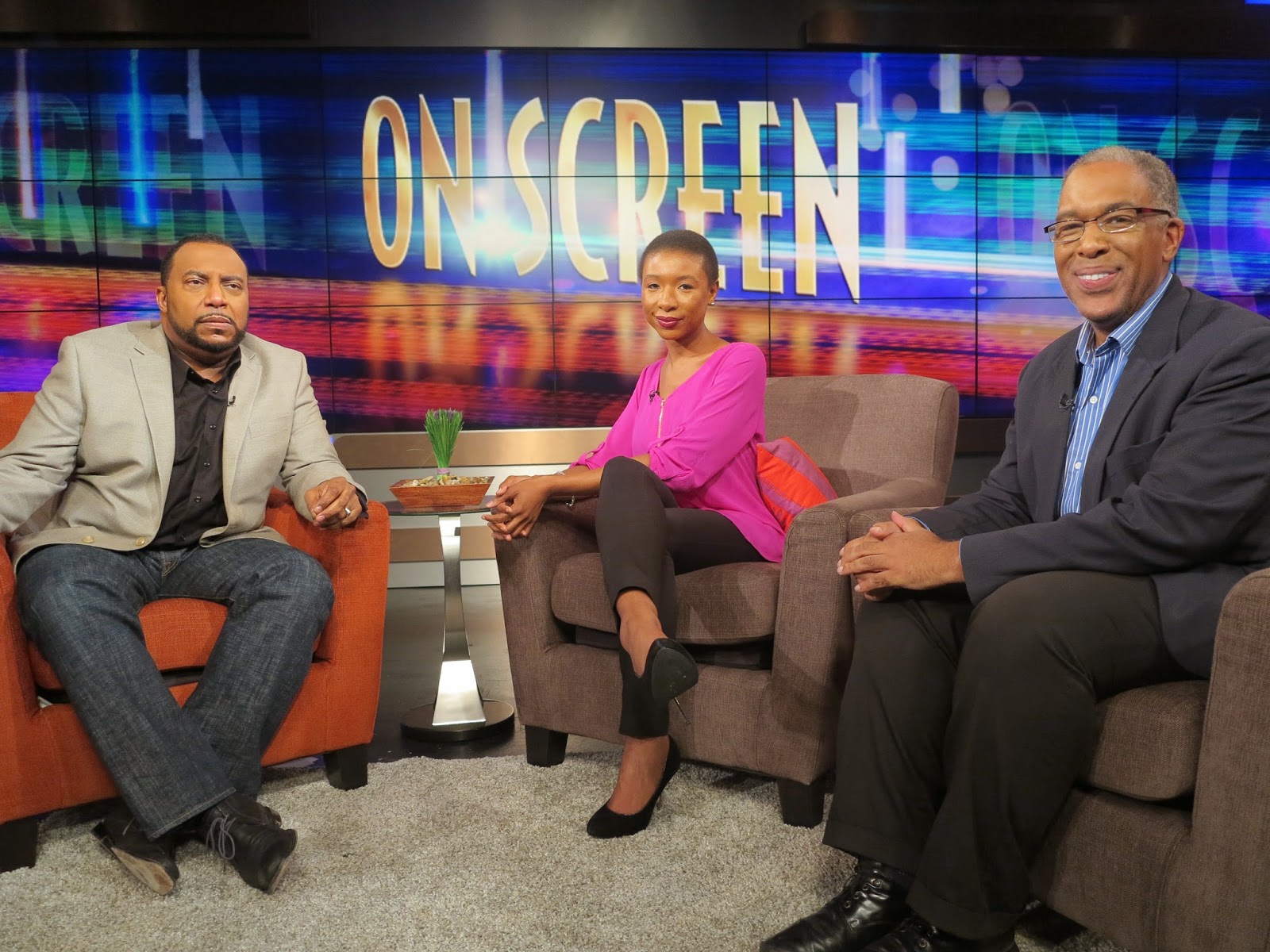 Mike Sargent is the host of a groundbreaking weekly TV show.  Arise On Screen is a half-hour film review and entertainment news show hosted by an African-American male.  He's a film critic.  He presents two different fellow film critics to join him on every show to review new Hollywood films, foreign films and indie features.  It embraces gay and lesbian features, filmmakers and viewers.   I've been proud to be a guest film reviewer several times on the show.  Black men plus women of all colors review movies on Mike's weekly program.  You never saw a TV program like this in the previous century.  Arise On Screen has been on for one year and it gets no attention from TV columnists.  Again, Mike is the first black person to host a weekly film review show that's seen in the U.S. and in foreign markets -- and it gets no attention from TV columnists. 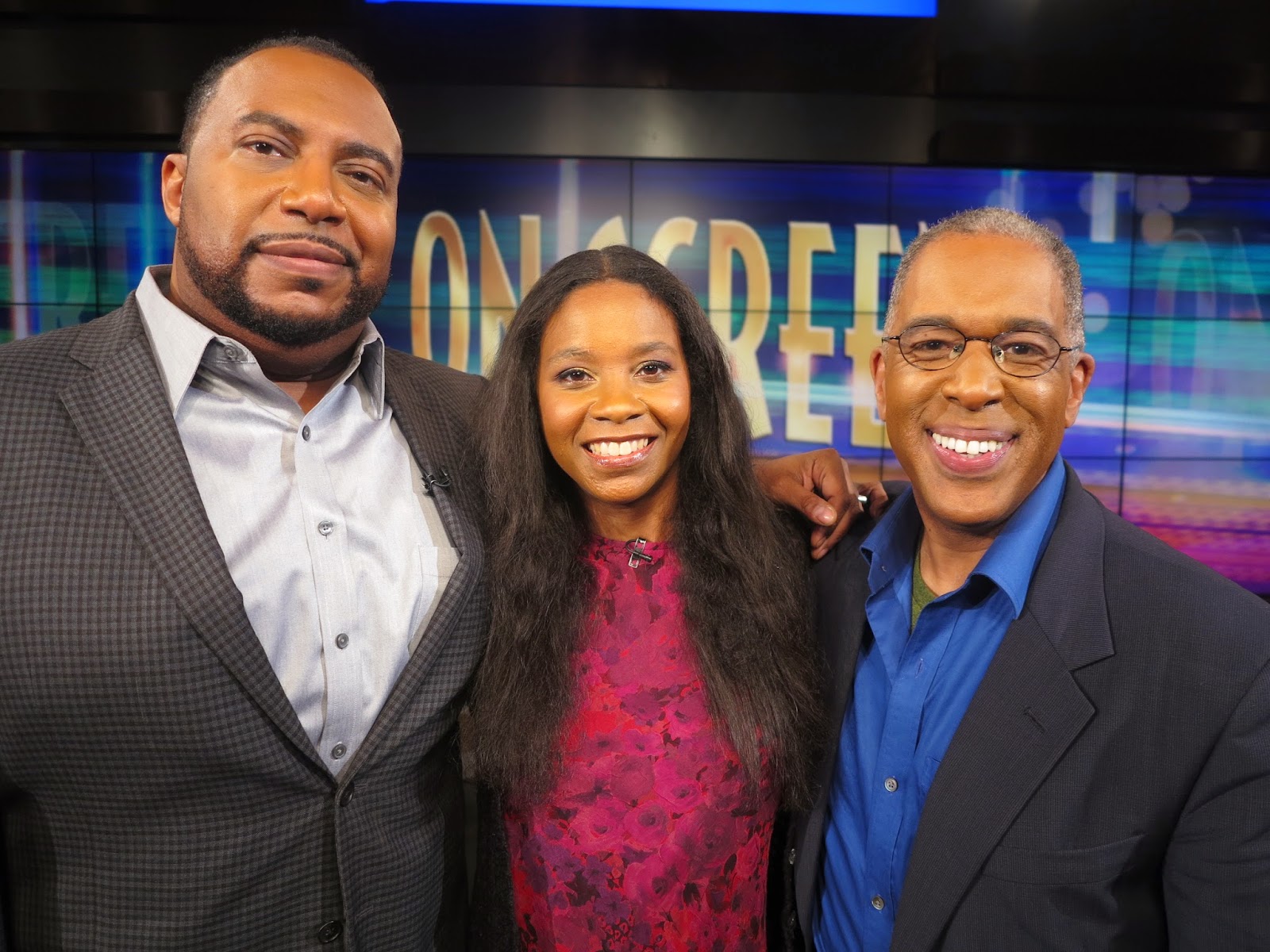 Mike is one smart, scholarly film reviewer and movie fan.  PBS asked him to comment on the recent Oscar nominations.  I was so proud to see him on PBS.  Here's the segment.
Let me drag you kicking and screaming down Black History Memory Lane one more time.  You see the weeknight evening news on ABC, CBS and NBC.  How many times has a black journalist been hired as the weeknight anchor?  Once.  Max Robinson co-anchored on ABC in the late 1970s, early '80s.  Pioneer Max Robinson died in 1988.  How many black, Latino or Asian talents have hosted a late night entertainment talk show on those same networks?  None.  It took NBC's Today Show over 50 years before it added a black woman, Tamron Hall, to its on-air family.  How many weekly movie critics did we see on the network morning news shows when they had weekly critics such as Gene Shalit and Joel Siegel?  We saw no black film critics on a weekly basis.  The syndicated film review shows had Siskel & Ebert, then Ebert & Roeper and then there was the team of Ben Mankiewicz and Ben Lyons.  No black folks were tapped to review movies on TV.  In late August 2013, the excellent Fresh Air hosted by Terry Gross on National Public Radio had "Late Night Week," a week-long salute to late night TV hosts that went back to the Steve Allen and Jack Paar days.  Or nights.  TV critic and historian David Bianculli contributed to each hour-long show.  The one TV host who didn't get a spotlight or a mention at all that entire week?  Arsenio Hall.  The brother who made the cover of TIME magazine because of the success of his late night show.  Arsenio Hall did not get a mention.  But Chevy Chase, Pat Sajak and Seth Myers got mentioned.  Go figure.  I love me some TCM (Turner Classic Movies).  The channel rarely has African-American talent as guest presenters.  Who hosted last October's month-long salute to films about and shot in Africa?  I'll put it in the form of an answer:  This Caucasian Canadian is the host of an intellectual TV game show called Jeopardy!  Yep.  Who is Alex Trebek?  Alex Trebek hosted Salute to Africa month on TCM.

So when I hear that black talent was overlooked for Oscar nominations this year, something in me wants to respond like Claude Rains in Casablanca:  "I'm shocked, SHOCKED..."

In other words, it ain't just branches of The Academy in Hollywood that's overlooking.  It's been done before.

Follow Mike Sargent on Twitter -- @MikeOnScreen.  Watch him weekends on Arise TV's Arise On Screen.  Follow that show on Twitter -- @AriseOnScreen.  If you're in the New York tri-state area, watch Arise TV on Time Warner Ch. 92 or Verizon Ch. 481.  The show airs here and overseas.  It streams online.  For more info, go to the website:  www.arise.tv.  Look for past shows on YouTube.

Arise On Screen is now in its second year.  Please tell the TV columnists.