Have ethnic females been FROZEN out by Disney?  Lord knows I have grown up loving Disney theatrical features and TV shows.  When I was a kid, Walt Disney hosted Wonderful World of Color Sunday nights on NBC.  That was "Must-See TV" for youngsters.  Today, Disney is the parent company of ABC.  Last year, with the phenomenal box office success of Frozen, Elsa was such a hot new character that she seemed to eclipse Mickey Mouse, the character who put Disney on the global map. 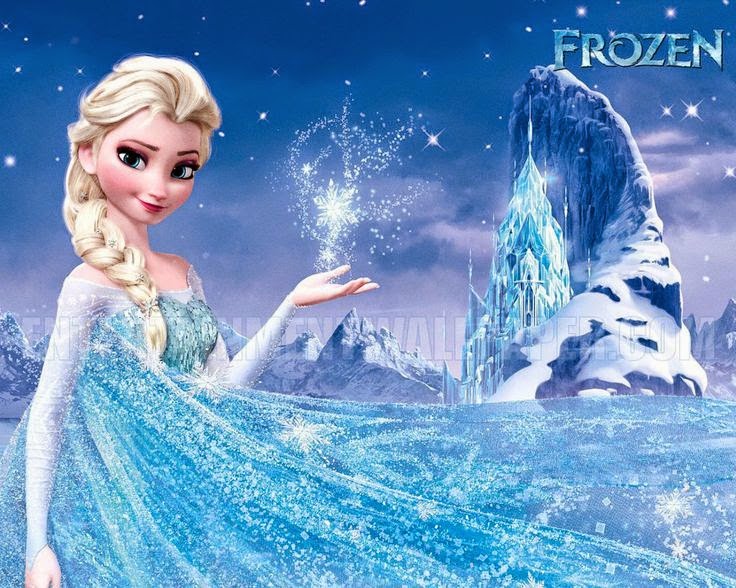 The Oscar-winning song from Frozen, "Let It Go," seemed to replace the Oscar-winning song "Zip-A-Dee-Doo-Dah" (from 1946's Song of the South) as Disney's Magic Kingdom theme.  And ABC's.  In the last couple of months, I started to wonder if you watch an entire broadcast of Good Morning America or get through one solid hour of ABC prime time programming starting at 8pm without hearing a bit of "Let It Go."  I liked the motivational, girl power song at first -- but every single day and night, ABC? 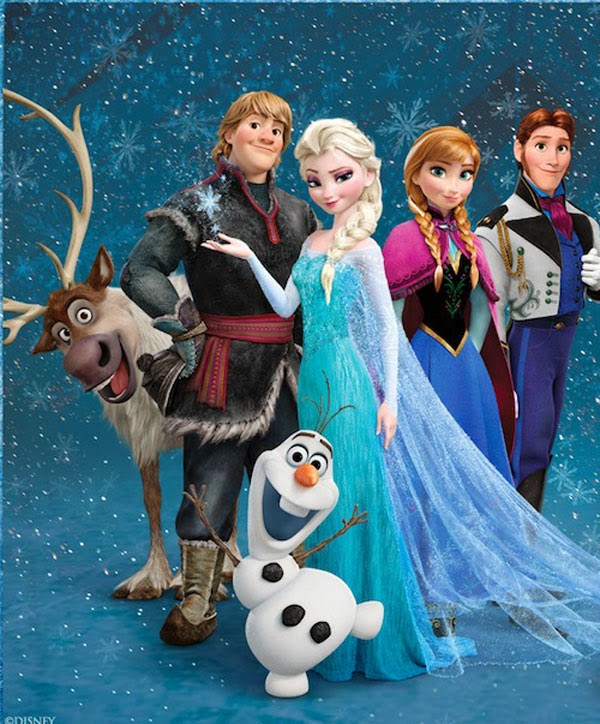 Elsa from Frozen is Disney's new "It" girl.  Hundreds and hundreds of little females dressed as Elsa for Halloween.  On Good Morning America, Robin Roberts dressed as Elsa for Halloween.  Robin Roberts interviewed an "Elsa" at DisneyWorld for a nationally televised holiday parade special.  In the weeks leading up to Christmas, it was nice to see ABC bring back Mickey Mouse for product placement appearances.  After all, he has been the corporate logo for decades.  The Frozen ice queen got her own storyline added to ABC's Once Upon a Time.  Long blonde hair, blue dress and all. 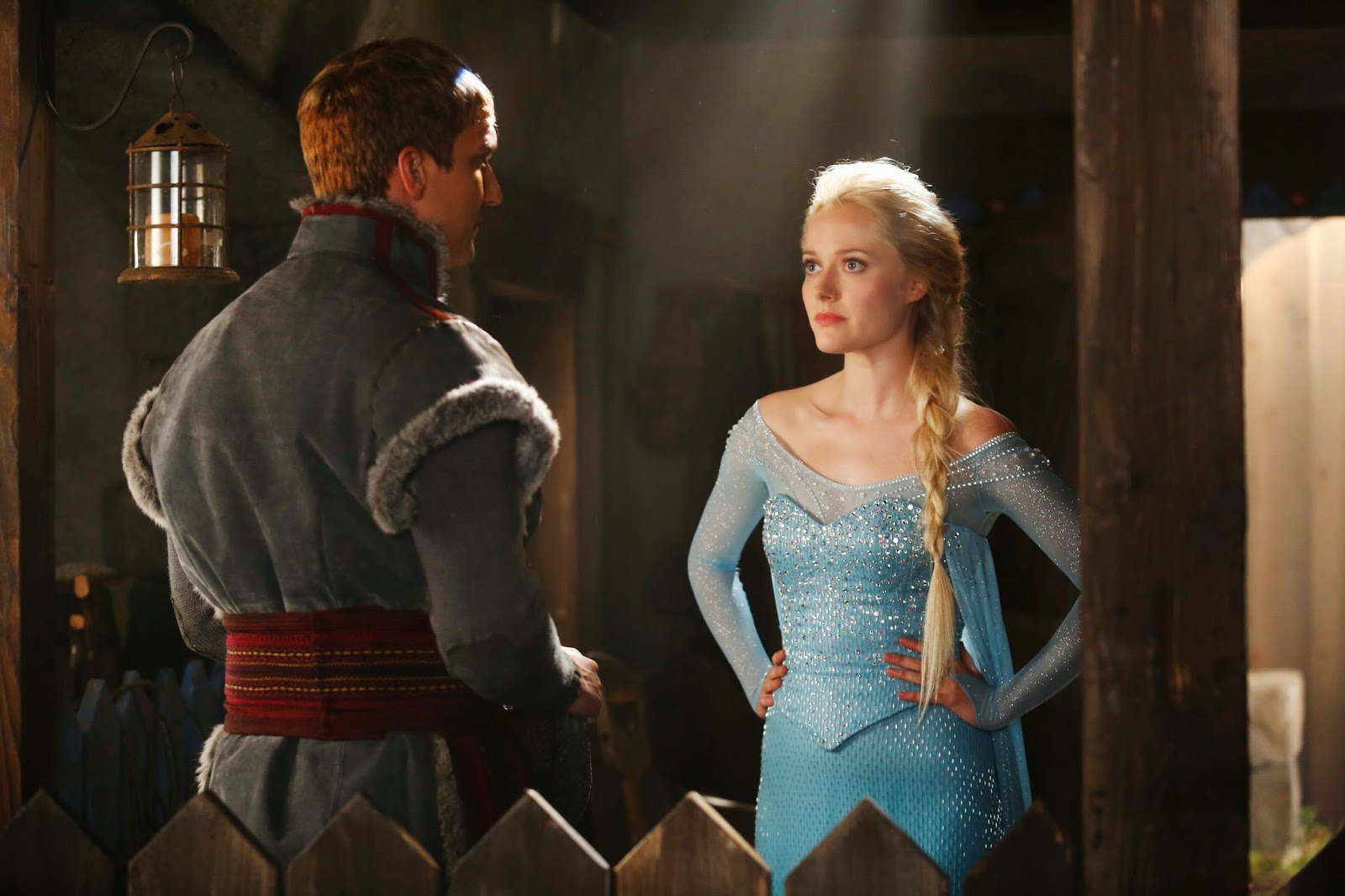 Disney's Cinderella is one of my favorite full-length animated features from the studio's 1950s period.  The company has been retooling characters it made famous in its Golden Years.  Come March, Disney gives us CINDERELLA again.  This time, in live action form with top actresses such as Cate Blanchett and Helena Bonham Carter.
I admit that the trailer makes me want to see it.  However, something makes me curious.  I'm writing as a grown male who's not seen all the Disney animated releases of the last few years.  But I'm a grown male who's concerned about big screen images.  Two years before Frozen, Disney Studios released the Oscar-winning drama, The Help.  In that, we saw the extraordinary Viola Davis as a black maid in the 1960s tenderly saying to a privileged little blonde Southern girl, "You is kind.  You is smart.  You is important." 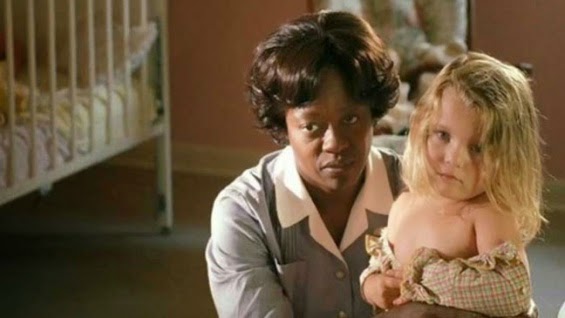 With the popularity of Frozen, we saw white and black females, girls and women, dressed up like blonde Elsa for Halloween.  Now we're getting a new version of Cinderella.  Just like Elsa, this Cinderella will be a young, slim, pretty blonde with a petite nose who wears a pretty blue dress.

Is there a subliminal message Disney is trying to send to our minority girls?  First of all, how come we're not seeing big screen retoolings of 1998's Asian heroine, MULAN... 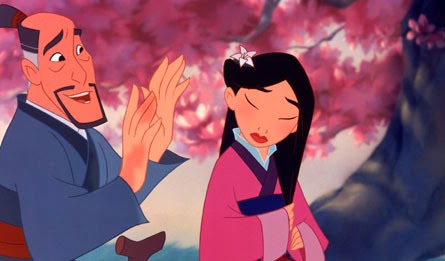 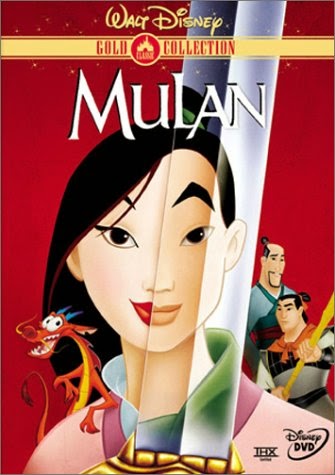 ....or sweet Tiana, the African American lead in 2009's THE PRINCESS AND THE FROG? 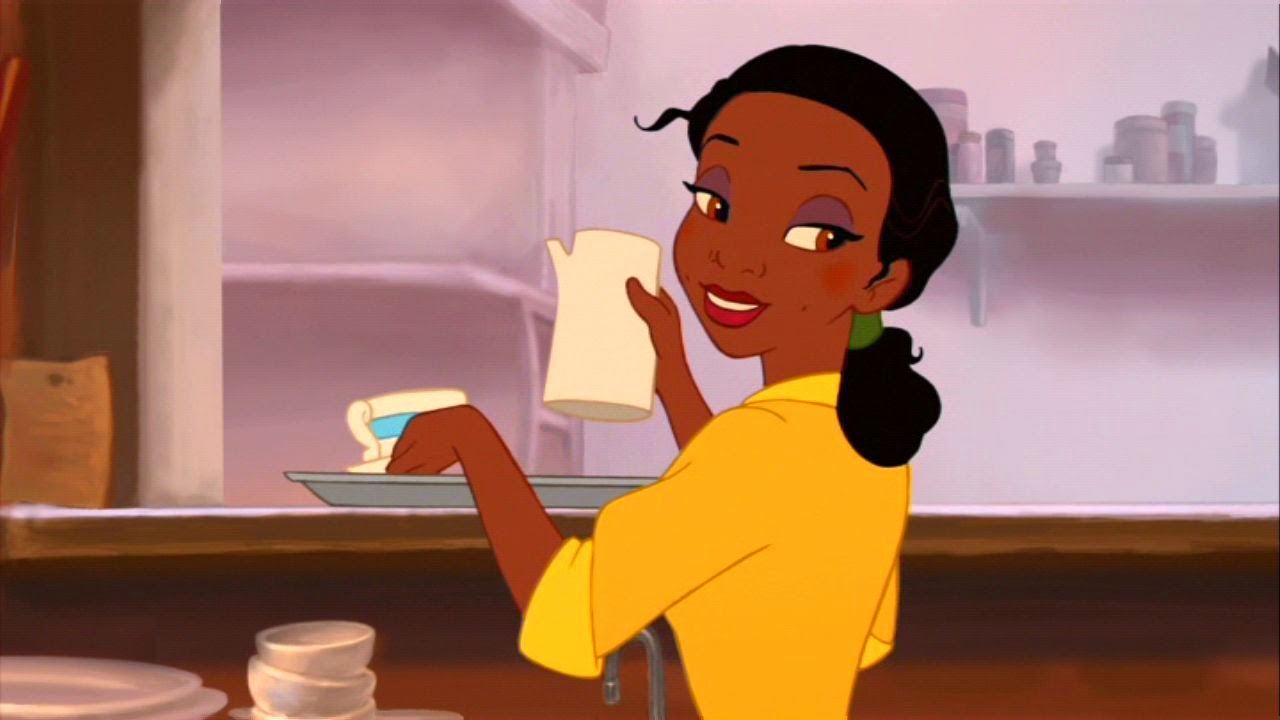 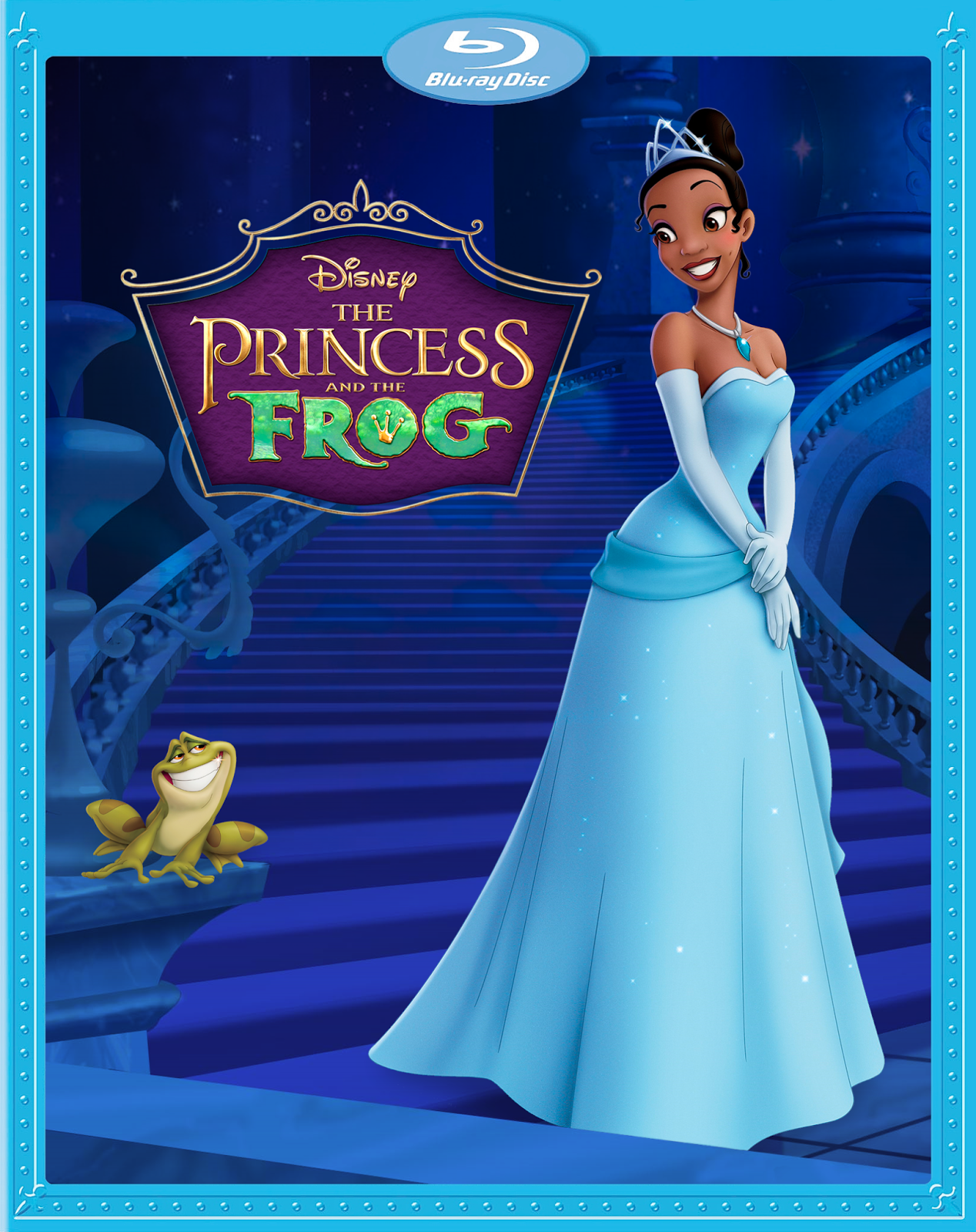 I love Helena Bonham Carter.  But let's think about this:  Viola Davis now stars as a brilliant law school professor on a hit ABC series called How To Get Away With Murder.  Disney is ABC's parent company, as I mentioned earlier.  Did anyone think to ask Viola to go fantasy glam and give her the festive -- and important -- role of the Fairy Godmother?  If not Viola, you know who I would've offered the Fairy Godmother role to?  Oprah!  For years on daytime television with her annual "Oprah's Favorite Things" edition of her talk show or the day she gave everybody in the audience a car, she really was the Fairy Godmother of daytime talk shows.  Also, it would've been fabulous to see her in a fun role and making dreams come true instead of playing another woman who gets knocked to the ground by a bigot down South -- specifically The Color Purple and now Selma.

Oprah as the Fairy Godmother would have been fabulous casting.

I grew up on a cul-de-sac block in South Central Los Angeles.  My working class family's friends and neighbors were black, Mexican and Asian.  When I was a boy, I looked for images of my world on the big screen and on TV.  Ethnic images.  My drive to be a celebrity talk show host, film reviewer and game show host on TV was fueled by the fact I didn't see us minorities do that kind of work on local and network TV when I was a kid.

Back in 1990, I met with Disney execs in L.A. about possibly hosting my own celebrity talk show for Disney's Buena Vista syndication.  I was honored to have the meetings, as I've been a longtime Disney fan.  I'm still a Disney fan.  I'm also a black male concerned about film images for minority little girls and teens.  I just want to make sure that Disney today will embrace them too and give them the feeling that they are kind, they are smart and they are important.  They don't secretly have to wish that they were slim and pretty Caucasian blondes in order to have special powers or to make their dreams come true.