Tim Burton directed Michael Keaton in Beetlejuice (1988) and Batman (1989).  This year, we see them try new things and exercise new artistic muscles in movie.  Keaton got rave reviews for his challenging dramatic performance in Birdman.  Burton is famous for surreal movies or movies about surreal people like the two films I mentioned plus Edward Scissorhands, Ed Wood, Mars Attacks! and his under-appreciated love story, Big Fish.  I've been kind of ho-hum about Burton's most recent films like his Charlie and the Chocolate Factory and his version of the vampire TV series, Dark Shadows.  But I recommend his new movie, Big Eyes.  It's based on the real life story of painter Margaret Keane.  She's still alive and met with Amy Adams, the actress who plays her.  Adams goes very blonde, a shade that matches Keane's, and gives a solid performance.  She goes from demure to defiant in this role. 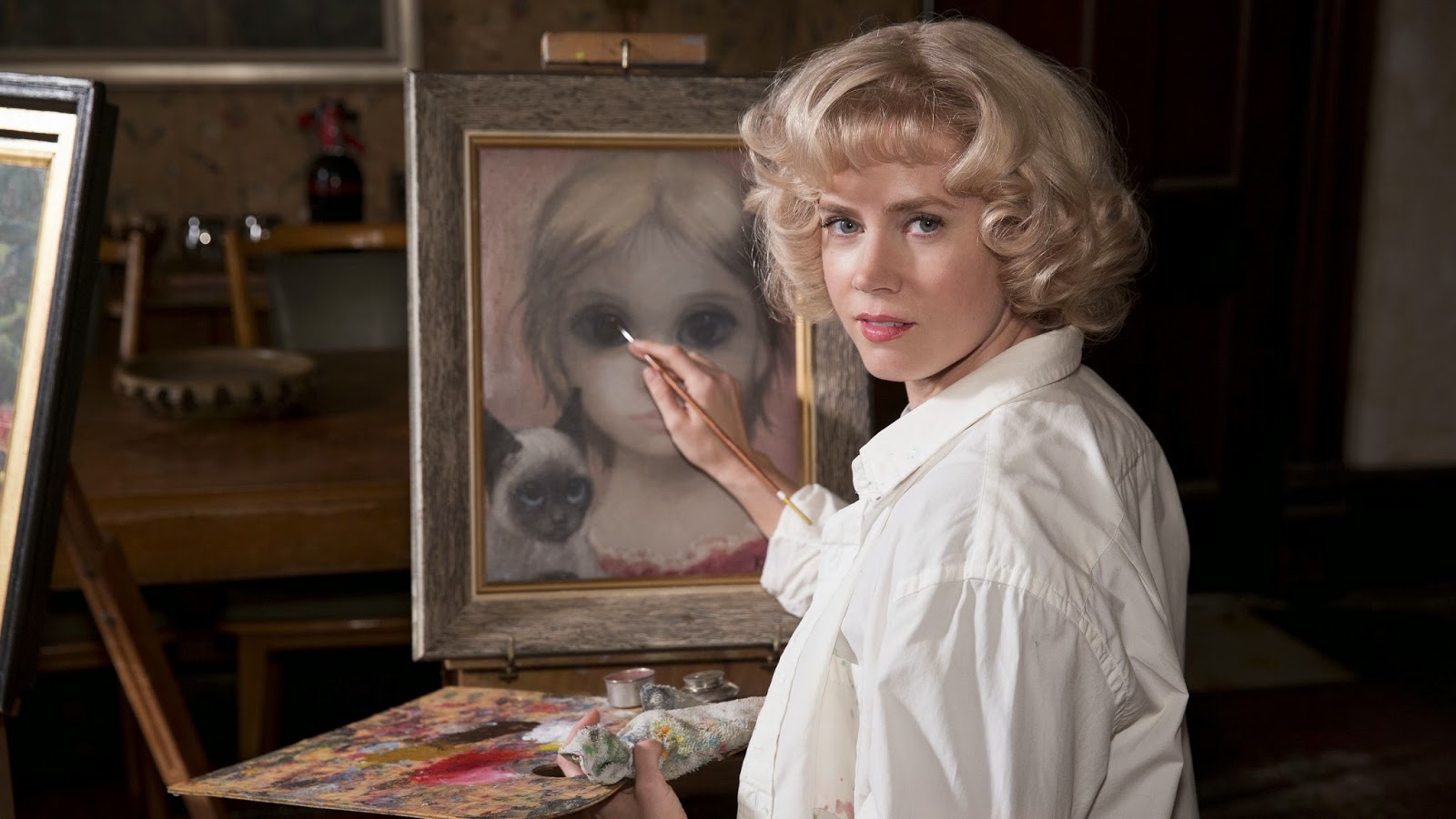 When I was a kid in Los Angeles, her drawings were a sensation.  She painted sad-faced children with eyes so big that the youngsters looked like outer space aliens on earth.  These images were a mass market hit.  People loved them.  But, initially, the public thought that Margaret Keane's untalented, controlling, egotistical husband was the artist. 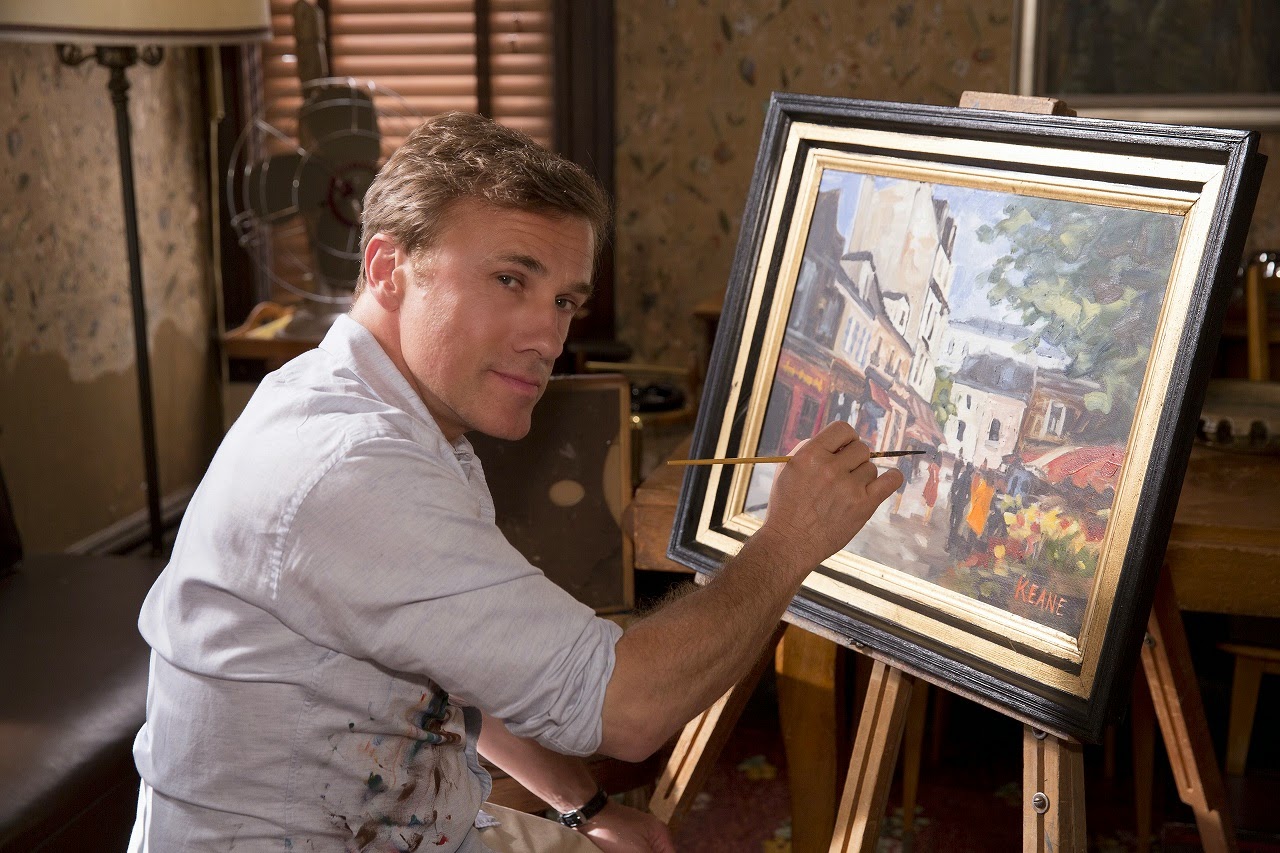 Those adjectives comes from the way he's portrayed in the film.  Christoph Waltz, as good as Adams, makes him a sexy, charming weasel. Man, is Waltz a good actor. 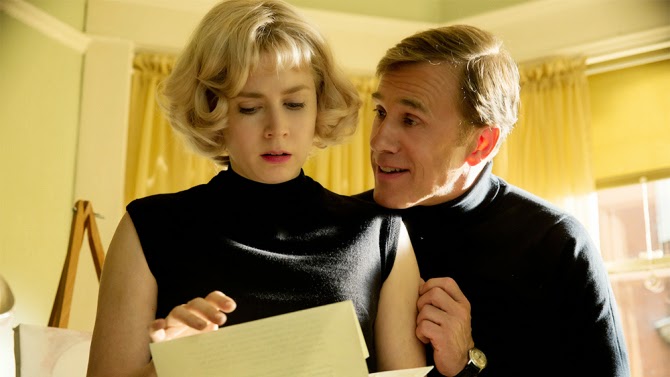 The characters with the big eyes in the paintings look as if they're unable to sleep because they can't shut their big eyes.  We wait for Margaret, the wife, to wake the hell up and kick this bad marriage to the curb. 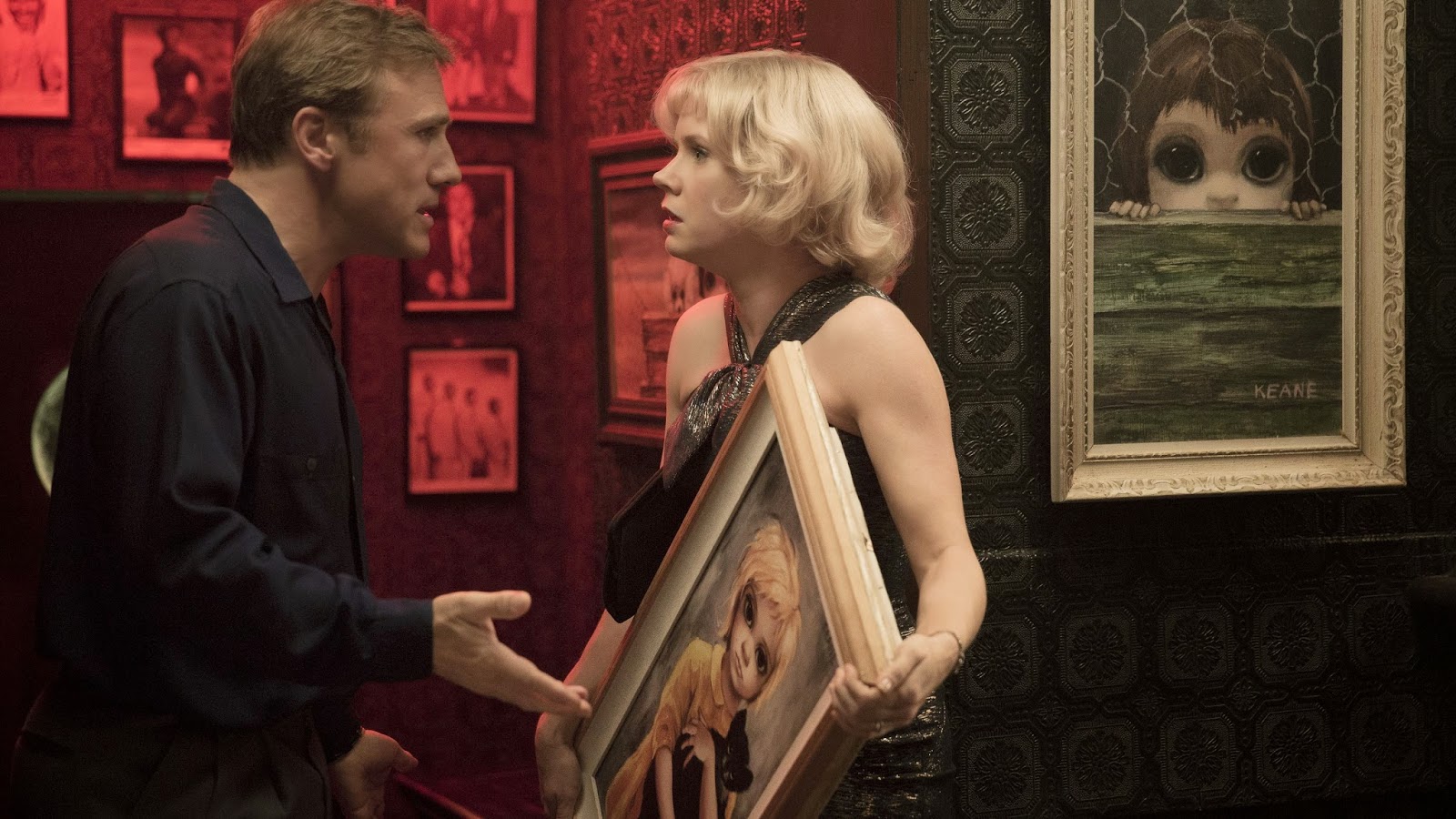 I sat through Big Eyes and thought "This is why we started an annual Black History Month."  Margaret is constantly contributing, contributing, contributing and giving to the art world, whether you think her stuff is great or not.  She's treated like a second class citizen.  When her work proves to be marketable, someone else gets involved, takes the credit for it, gets the fame and gets the big money.  Her history is swept under a rug.

Big Eyes doesn't have the special effects and sci-fi/fantasy elements we've come to expect in a Tim Burton film.  Here, the fantasy is the batch of lies created by a greedy husband in a bad second marriage for one good woman.

The action starts at a time when the American woman was not so independent.  You could be a social outcast if you were an unwed mother in the 1950s.  Not that Margaret was, but that's the way things were.  Women were meant to marry young and be housewives.  She takes a bold, independent step and moves out of a bad marriage.  She puts her loving daughter in the back seat of the car and drives them to a new life in San Francisco.

Popular, sophisticated Walter seems to be the answer.  But this second marriage unexpectedly leads her into a cult-like existence.  She's isolated in her own new, upscale home.  She lies to her daughter.  She cuts herself off from old friends.  The house is somewhat removed, so there's no next door neighbor within a short walking distance.

It's the women in her life that have the true vision and see things the way there are.  Her daughter.  Her best friend.  Sales ladies (of sorts) who meet her on their door-to-door mission.  Men, like the newspaper columnist, believe what Walter tells them.  It's worth sitting through the movie to see Walter get his come-uppence in court.  He is one hot mess of a man.  From Walter, Margaret needs to reclaim her history and her identity.

It's really interesting to see director Tim Burton in less-is-more mode.  Maybe it's not that complicated a story but it holds your interest and the acting is excellent.  There are no evil Martians.  There's no Beetlejuice.  The horror is the fantasy created in an emotionally abusive marriage and the rape of a woman's identity.  Burton did a mighty fine job.

Had she lived, I bet that Margaret Keane in Big Eyes is the quality of screen assignment Marilyn Monroe hoped to get when she hit her mid-30s.