Javier Bardem has more than just classic movie star good looks.  The Oscar winner is one of the most sexually uninhibited and most risk-taking character actors in films today.  And the Spanish actor has been challenging himself in juicy roles for quite some time. 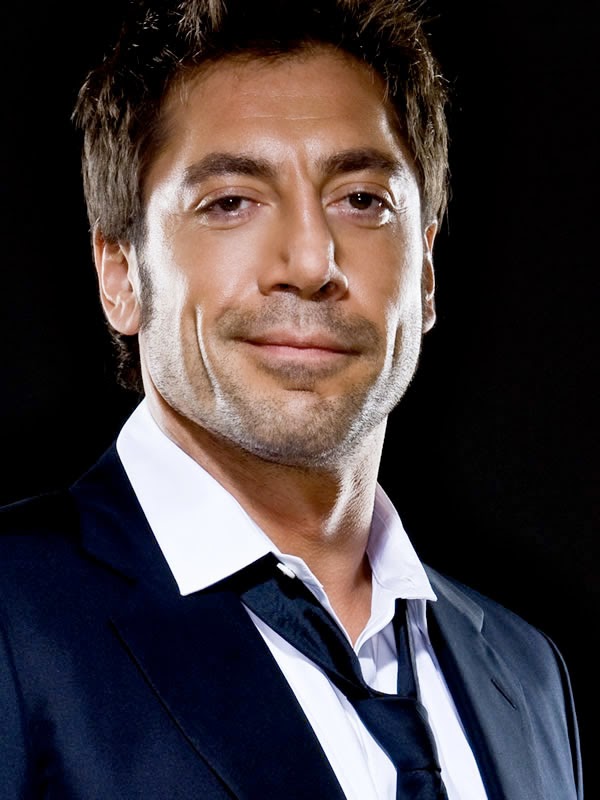 With Birdman being such a hit with critics and moviegoers now, I'd like to remind you about another film the Birdman director made.  One that stars Bardem.

It takes balls to jump into a ring and face a bull.  Bardem did just that.  He has balls -- and we saw them  when he faced a bull naked as he waved a red cape to taunt the bull.  This light-hearted scene is in the 1992 Spanish comedy film, Jamón Jamón.  This sexy hit feature was his first film.  He could've easily coasted on his handsome face but he was serious about the craft of acting.  He did not want to be pegged as what we might all "eye-candy."  He would not settle for a "movie hunk" image. 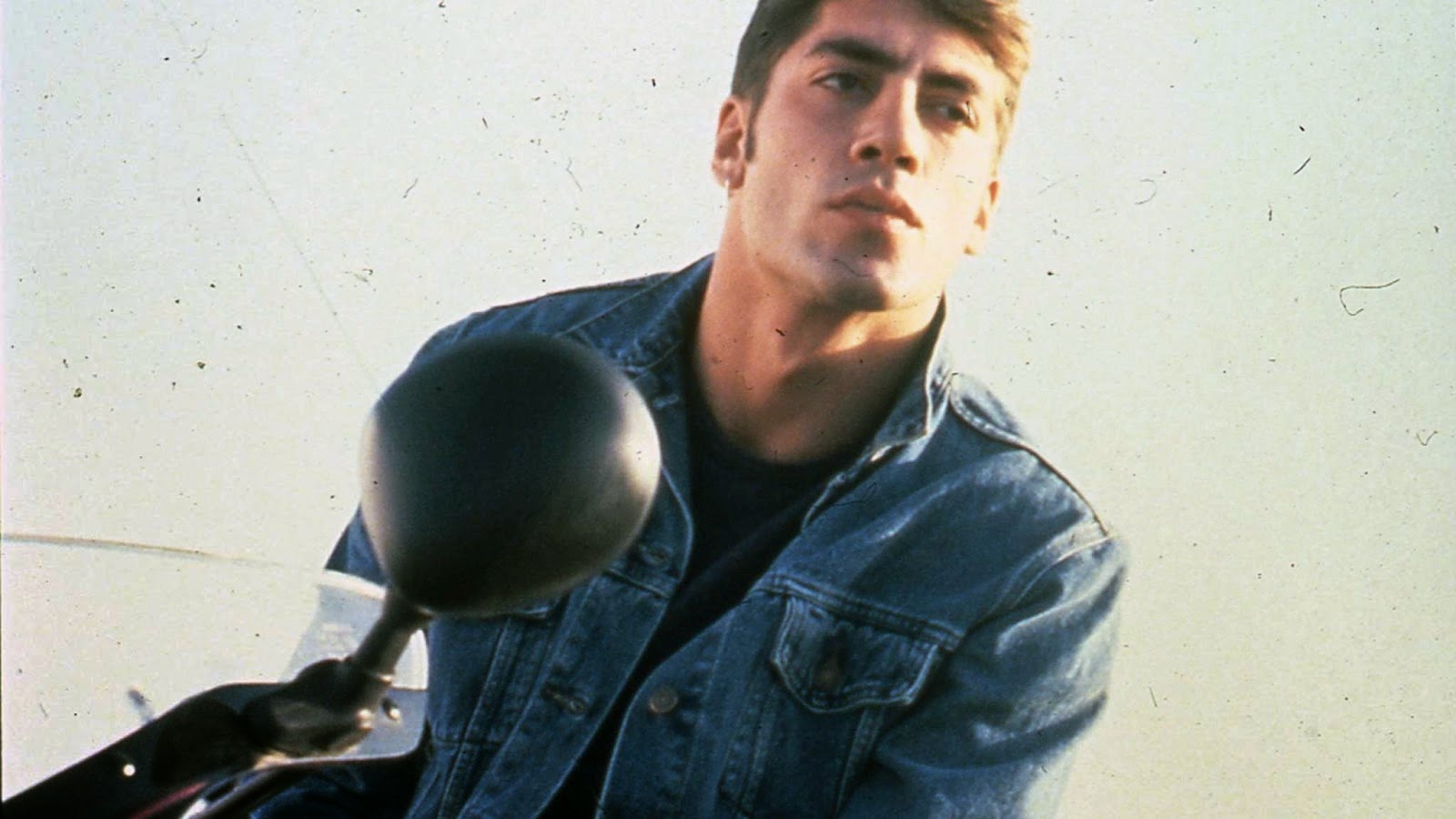 Bardem changes his appearance to fit his character.  His looks, his movements, the spirit behind his eyes is different with his assignments.  He's not even handsome in his roles.

After love scenes with new actress Penélope Cruz in Jamón, Jamón, he did the 1999 Spanish drama Segunda Piel (Second Skin).  Two men fall in love.  One of them is married and keeps his marriage a secret.  This came out about five years before our Brokeback Mountain.  The steamy man-to-man love scenes in Segunda Piel make the ones in Brokeback Mountain seem tame enough to air on the Disney Channel.  And, I believe, this was an original feature for television.  That's Spain for you. 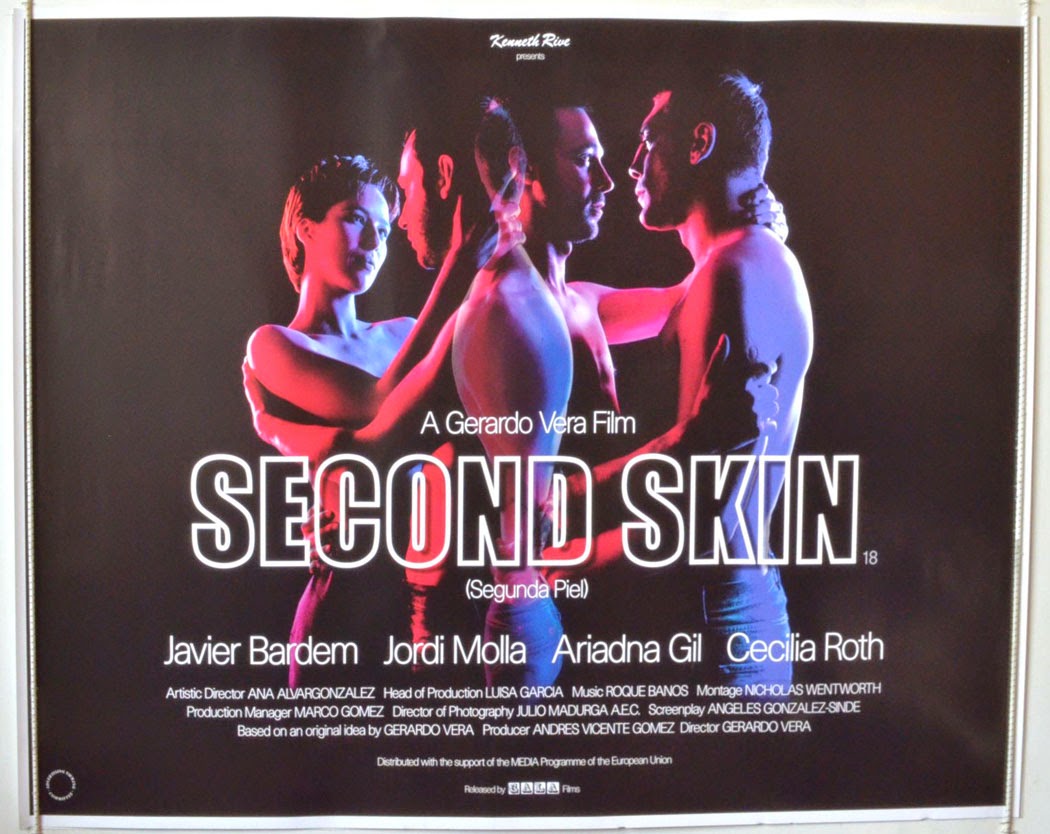 He followed that with the film that deservedly earned him his first Oscar nomination.  In Before Night Falls, he portrayed Reinaldo Arenas, the real-life gay Cuban poet and novelist who was imprisoned Castro's Cuba, struggled to get his work published and eventually fled to freedom in America. 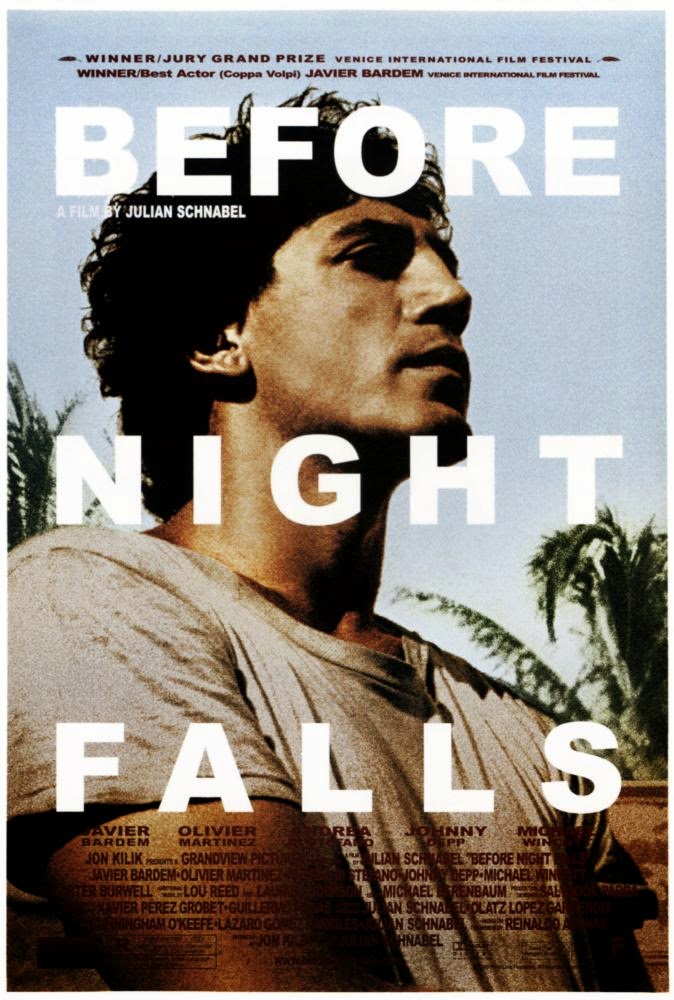 His fine, passionate performance made him an Oscar nominee for Best Actor of 2000. 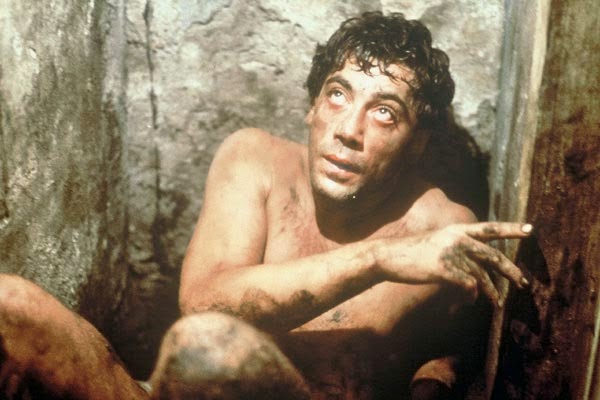 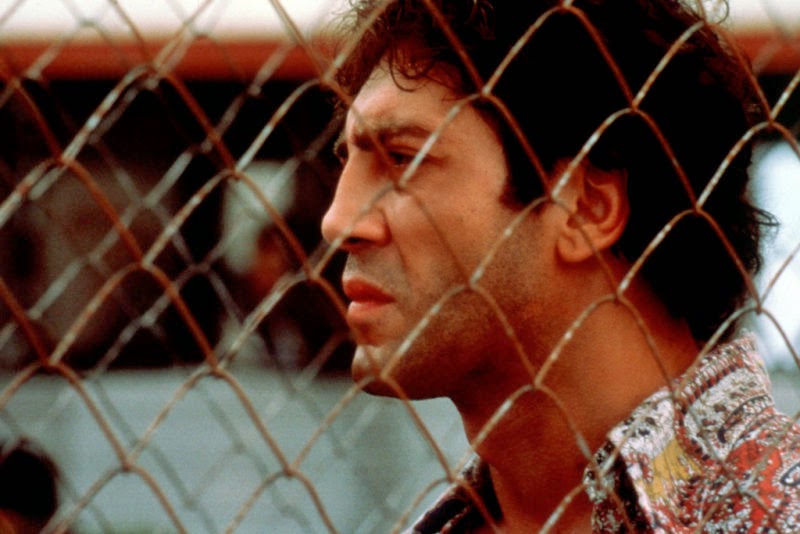 After that, he bulked up to play the middle-aged laborer and family man who, along with three close friends, finds himself employed and going through a major transition in life.  It's called Mondays in the Sun. 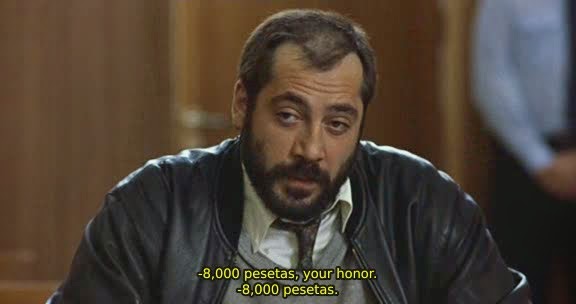 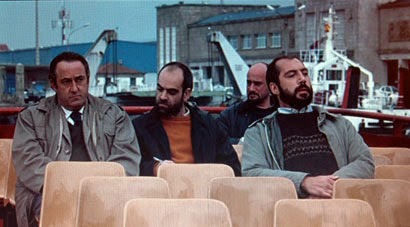 I'm surprised this subtitled 2002 film hasn't been remade by Hollywood and set in San Francisco or Seattle. 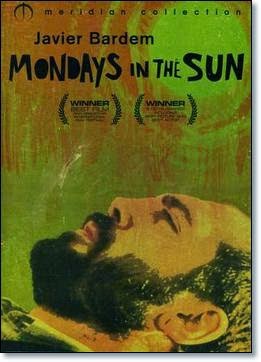 He played another real-life character in 2004's The Sea Inside.  A diving accident confined an intelligent, articulate and once athletic Spaniard to a hospital bed for nearly 30 years. 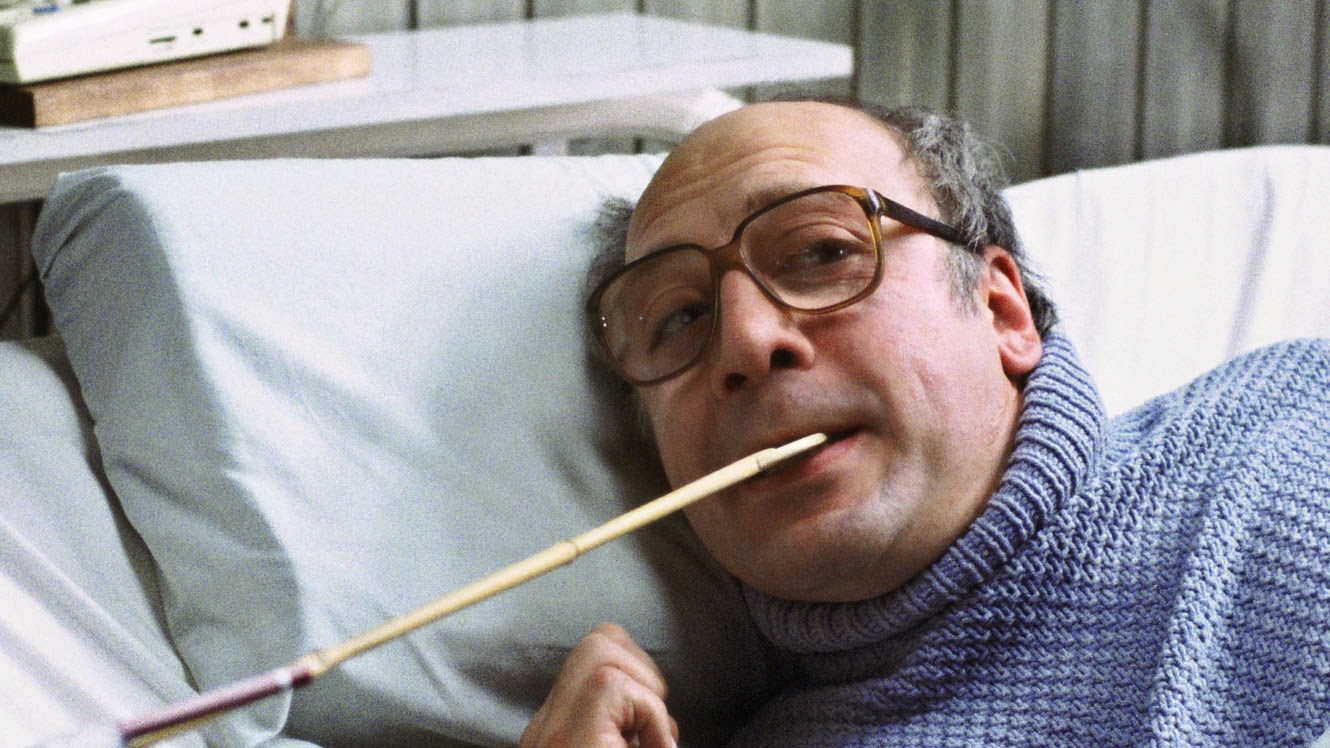 The quadriplegic fights for his right to end his own life -- and end it with dignity.

Come 2007, we saw him in what's probably his most famous role with American audiences.  He was the menace at loose in the world, the ruthless hit man in No Country For Old Men. 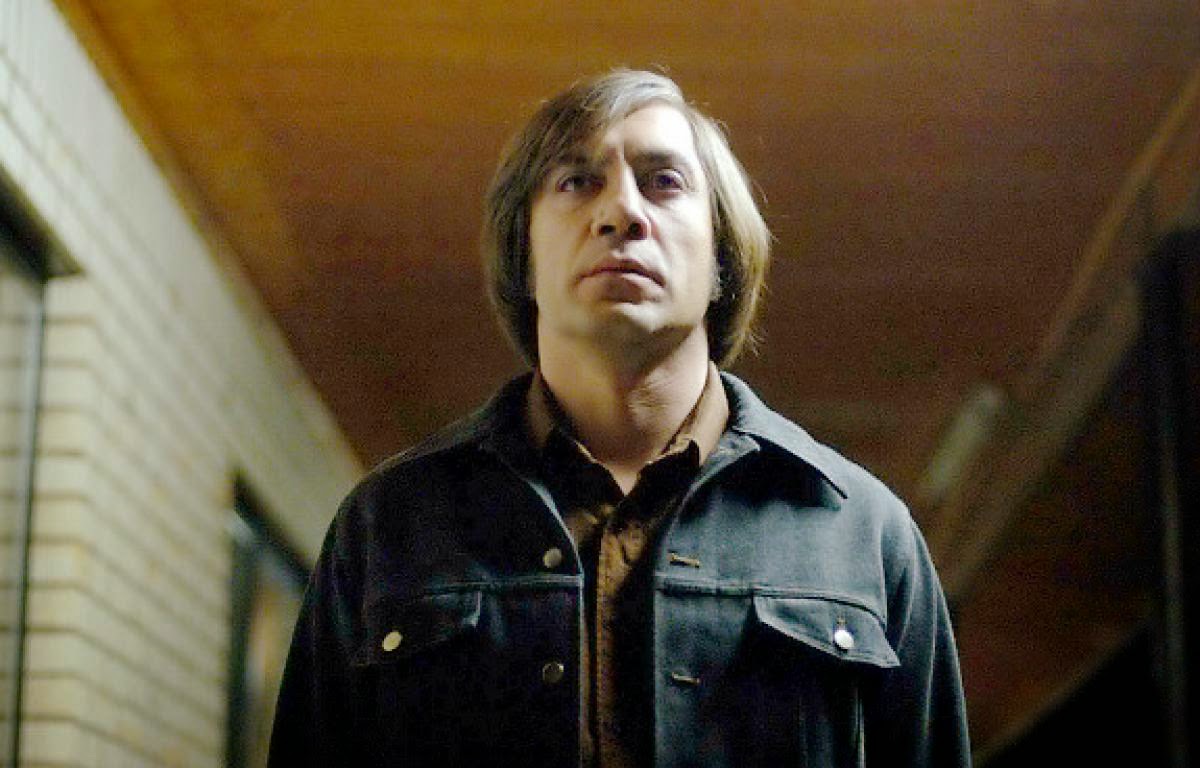 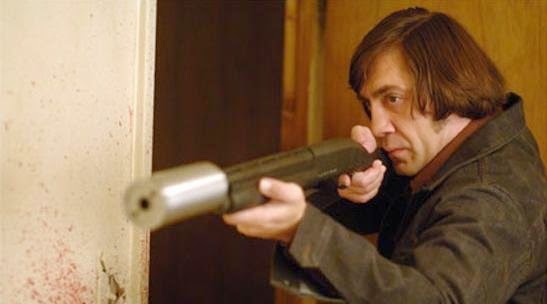 He took home the Best Supporting Actor Oscar for this movie performance.  See what I mean about Bardem changing his looks to submerge himself into the character?  Did you see him as James Bond's nemesis in Skyfall co-starring Daniel Craig as 007?  Wow. 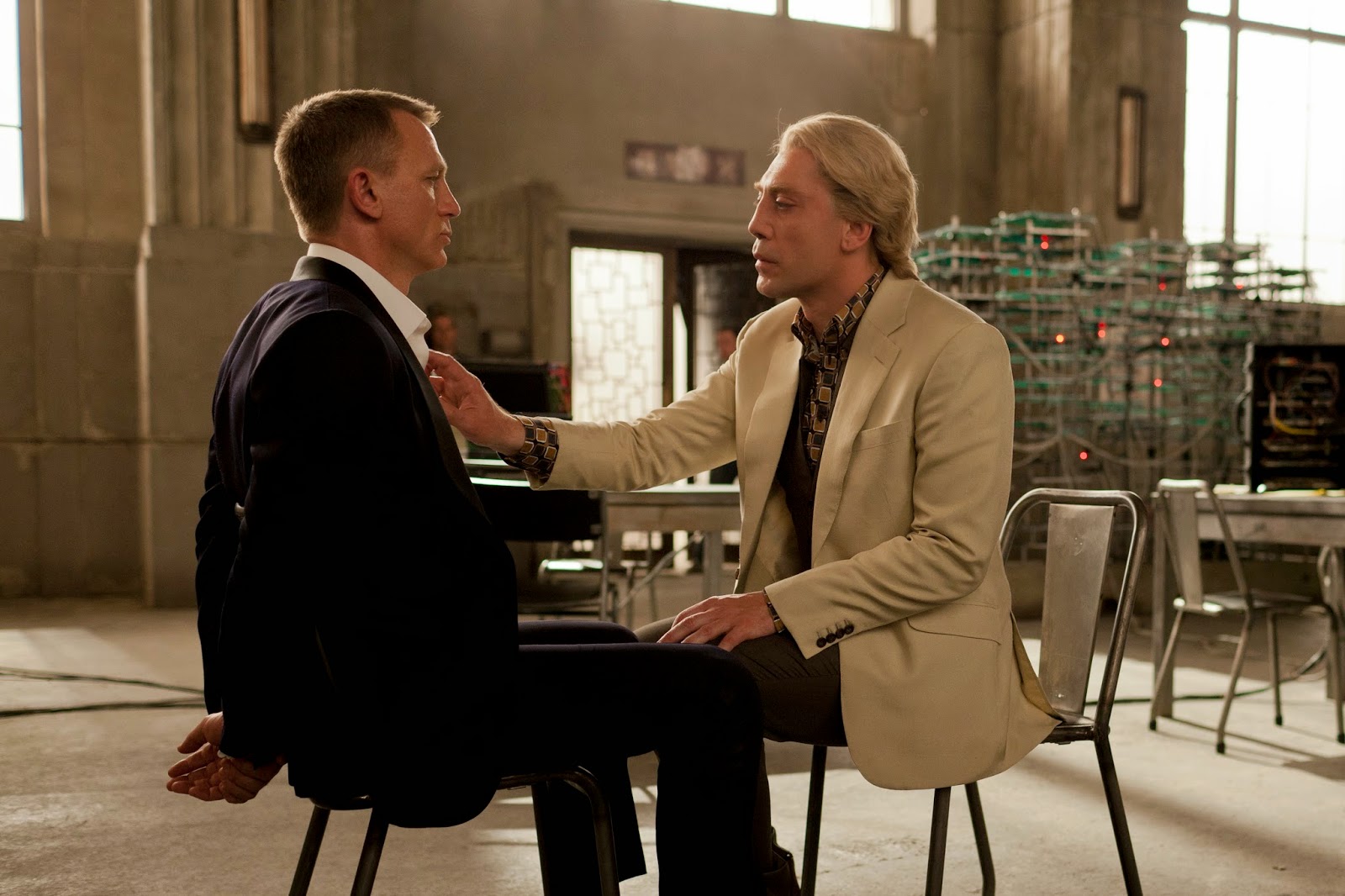 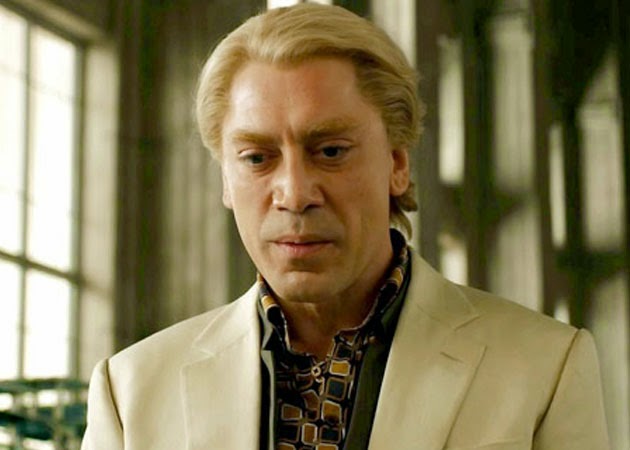 In 2008, Bardem was back to hot hunk o' burning love mode for Woody Allen's romantic comedy, Vicky Cristina Barcelona.  It reunited him with Penélope Cruz. 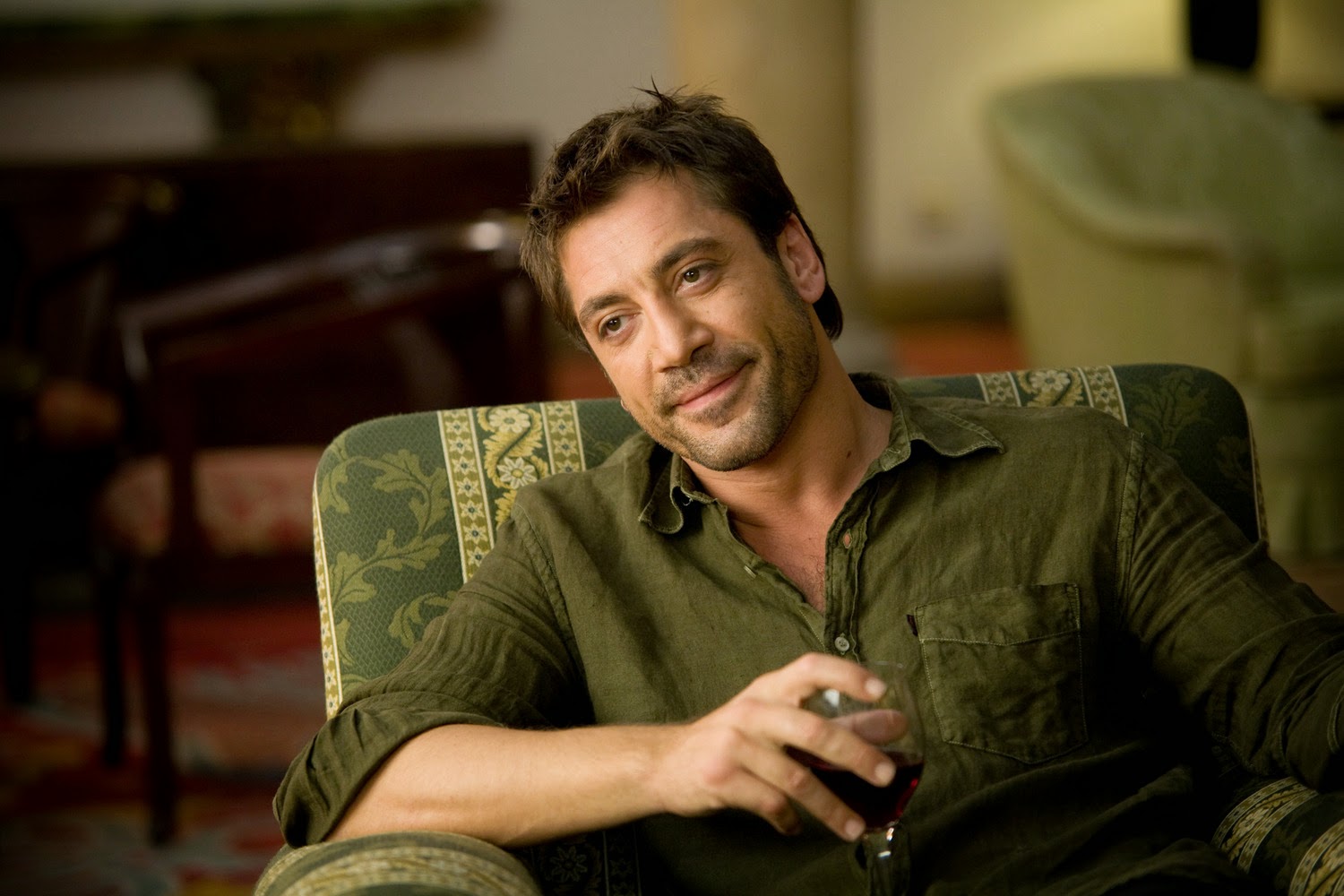 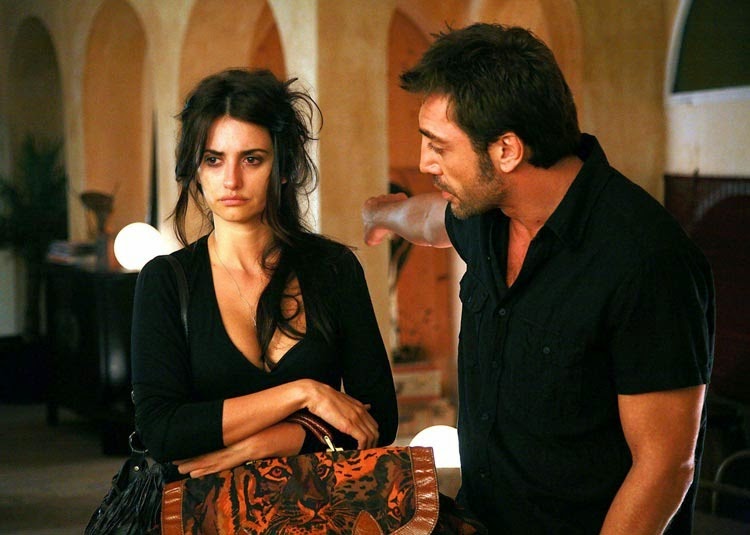 She won the Oscar for Best Supporting Actress.  She also won his heart.  They're now married and have two kids. 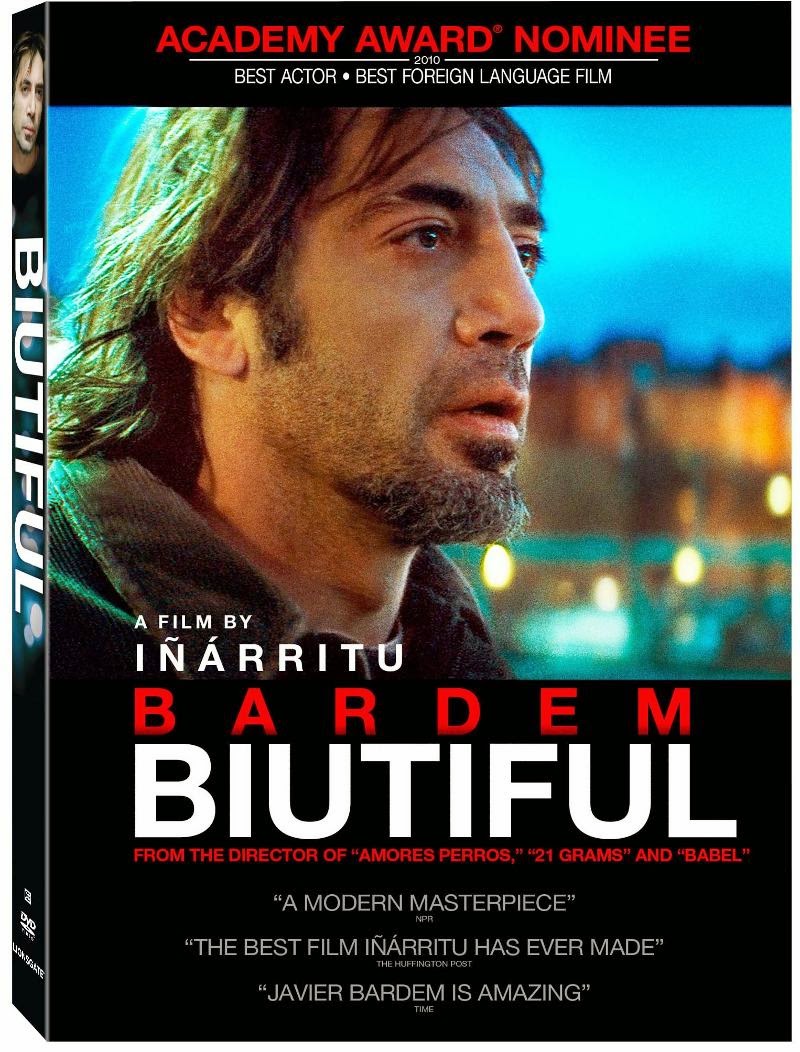 On Good Morning America the 2011 morning before the Oscar nominations were announced, ABC News entertainment correspondent Chris Connelly said that the didn't feel Bardem had much of a chance to get a nomination.  I predicted and tweeted on Twitter that Javier Bardem would be a Best Actor of 2010 Oscar nominee. 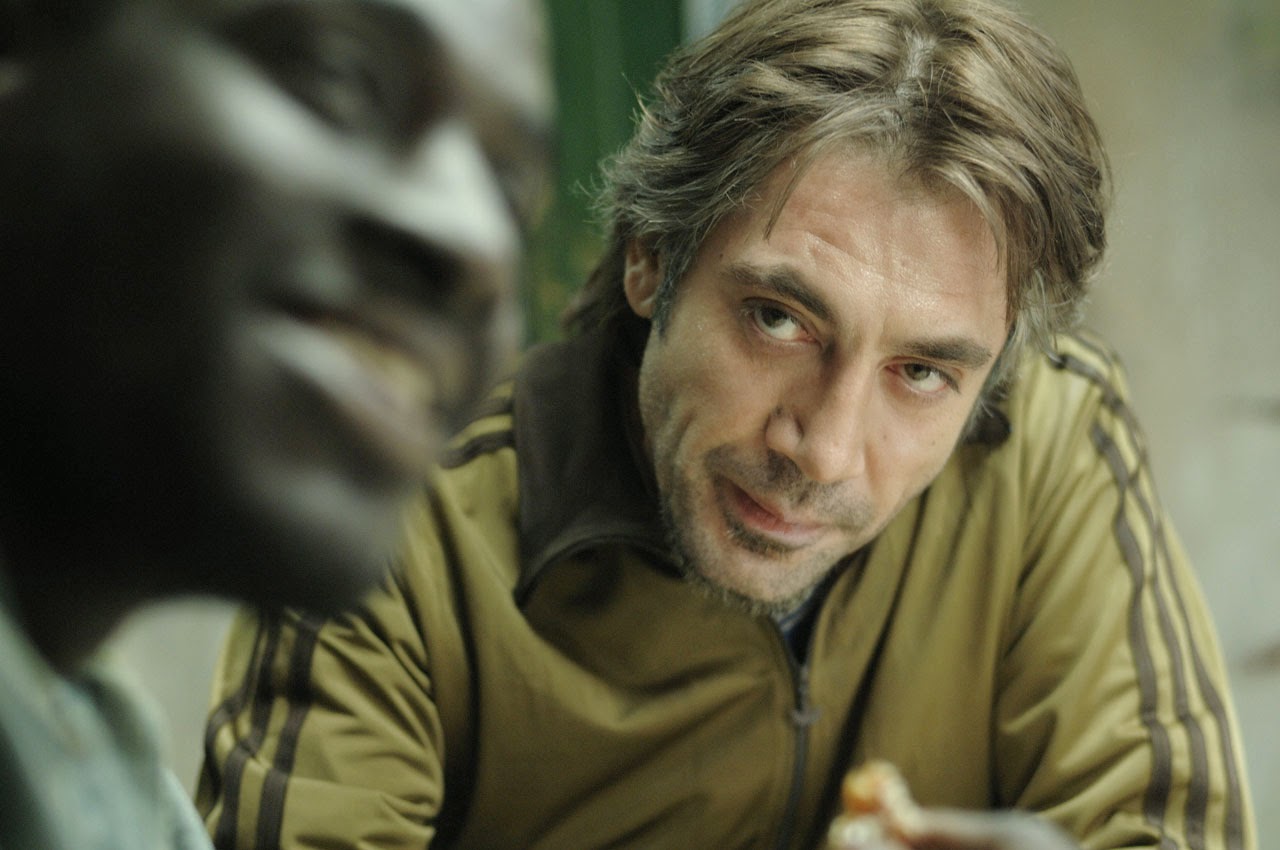 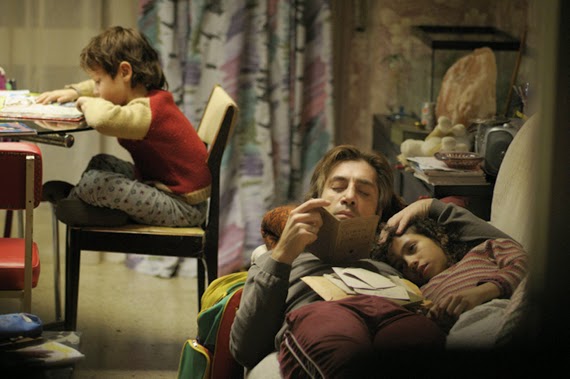 
If you missed that 2010 film, check it out.  By the way...I was right.  Biutiful brought Bardem an Oscar nomination for Best Actor.