Rock on Actors and TOP FIVE

Top Five is a new comedy/drama that was directed by, written by and stars Chris Rock.  Trust me on this:  He will now be called "filmmaker" by the same large group of Caucasian critics who panned his work in Pootie Tang and Head of State.  In their reviews, they will upgrade him from being just a "comedian."  Although millions of us who saw him in movies like Nurse Betty (with Morgan Freeman and the original Renee Zellweger) or 2 Days in New York and those who saw his Broadway acting debut knew that the performer was more than merely a guy who stood up onstage and told jokes.  He is multi-talented.  Chris Rock is a comedian, an actor, a writer and now a director. 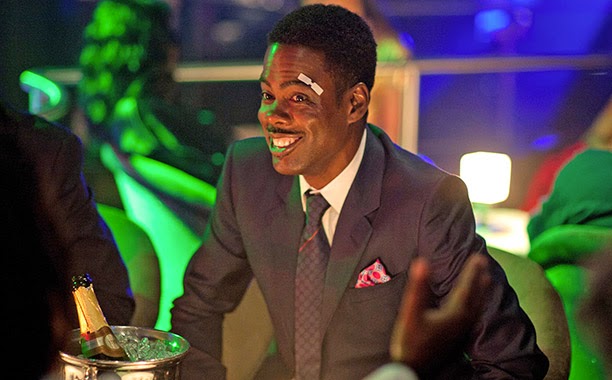 Actors, especially actors here in New York City, don't really need critics to beat them up.  They do pretty well beating themselves up with self-criticism about their performances.  They are self-critical and they are brave enough to have hurled themselves into a profession that demands that you remove your self-consciousness.  When you see Top Five, which I really hope you do when it opens December 12th, I want you to keep something in mind about actors when you see it.

There is at least one actor, I bet, who auditioned for that role, got a callback and wanted to kick himself because he did not book the role.  He will see that scene in Top Five and say to himself,  "Damn!  That's what  Chris Rock wanted?!?!  I could've done that!"  Mark my words.

And THAT is the life of the working class actor in New York City.

Chris Rock has some sharp, savvy comments on exclusion in the film industry.  He hits a bullseye with his recent article in The Hollywood Reporter that got the banner "Chris Rock Pens Blistering Essay on Hollywood's Race Problem."  It's worth reading.  Go here:
www.hollywoodreporter.com.

P.S.     For you classic film fans, there's an element of Charlie Chaplin's 1936 Modern Times in one Top Five jail scene.