Can an Asian brother get some love from network news reporters on TV?  It may not have been Number One at the box office over the weekend, but THE INTERVIEW sure was the top movie in network news headlines and reports because of the whole Sony hacking mess.  First we couldn't see it.  Then we could see it.  The comedy's two stars, Seth Rogen and James Franco, benefitted from all the news coverage.  They constantly got mentioned in the reports.  They play two best buddies, employees of a tabloid TV talk show, who get the wacky CIA assignment to terminate Kim Jong-un while they're in Korea to do an exclusive interview of him.  But the doofus TV host, played by Franco, has second thoughts about the CIA plot.  He and the Korean dictator have some male bonding time and discover they like the same things -- Margaritas and Katy Perry music. 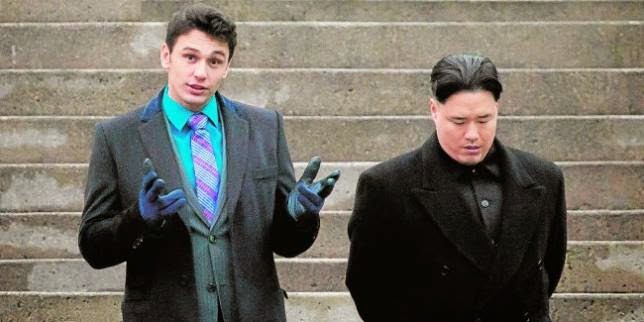 In the entertainment news reports about The Interview, do you remember hearing the name Randall Park?  No?  Neither do I.  And we should've heard his name along with mentions of co-stars Seth Rogen and James Franco.  Randall Park is the L.A. actor who kills it as Kim Jong-un in the comedy.  In fact, his performance is one of the best things about The Interview.  I saw the movie and reviewed it here on my blogsite. 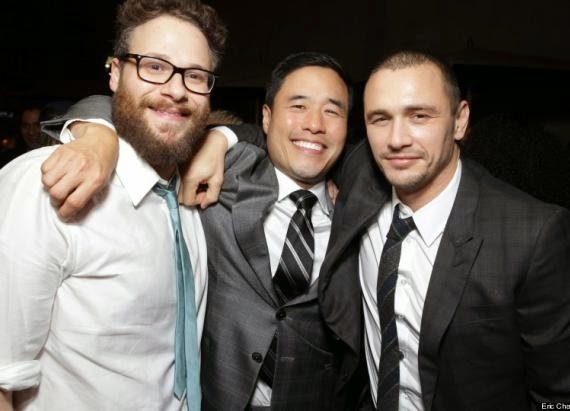 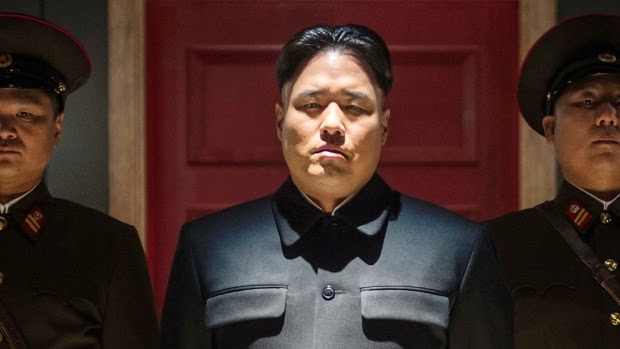 He makes the dictator so charming, so playful, so misunderstood that you see why Franco's nitwit TV host has second thoughts on his assassination orders from the CIA. 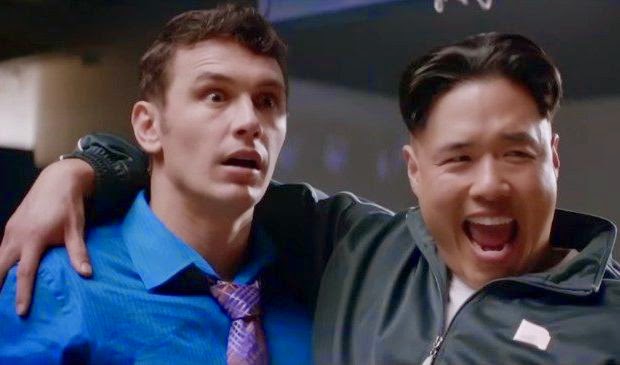 I've been a Randall Park fan for years.  I've noticed him in several national TV commercials and in episodes of popular TV shows such as MADtv and The Mindy Project.  He's got the comic acting gift.   I've been HBO deprived in the last couple of years.  I didn't know until friends told me yesterday that Park played a Midwest governor on the HBO sitcom, VEEP, starring Julia Louis-Dreyfus.  Park played Danny Chung. 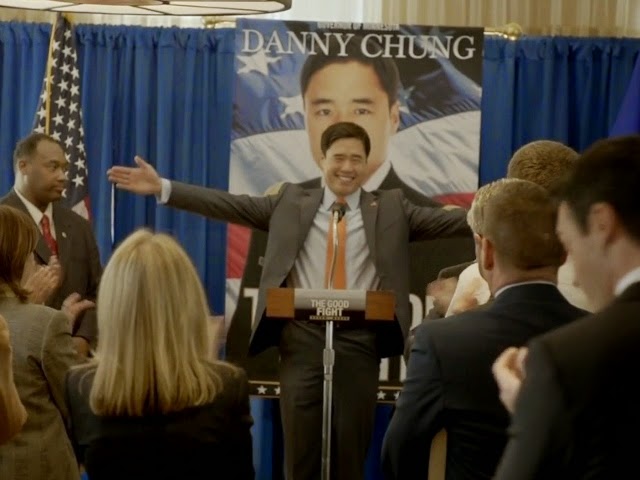 I'm really surprised that Randall Park hasn't gotten any mention in the reports on The Interview seen on ABC's network evening news or on Good Morning America.  The actor has a lead role in an upcoming ABC sitcom.  This sitcom is a rarity for network TV. FRESH OFF THE BOAT is the name of the memoir written by celebrity chef and hip-hop music lover, Eddie Huang.   It's been adapted into a sitcom that premieres early 2015 on ABC.  Randall Park plays the family's restaurant owner dad.  Here's the trailer.

Count on the fingers of one hand how many network sitcoms you can recall that were about Asian-American families.  Not holding up all the fingers on that one hand, are you?  There was the breakthrough Margaret Cho sitcom, also on ABC, that pretty much gave her an emotional breakdown trying to deal with network executives.  That Margaret Cho show, All-American Girl, aired 1994 to 1995.

1994 and 2015.  A long time in between network sitcoms about Asian-American families.

With that in mind, coupled with the fact that he has a key role in the most controversial movie of 2014, a movie that even got the White House involved, I think some entertainment news reporters should profile actor Randall Park.  At least, ABC should.