I've long been fascinated when performers known for stand-up acts or TV comedy shows flip the script and take on a dramatic role.  Think about those funny people who were very effective when they went dramatic.  Way back in the 1950s, comedian Red Buttons won a Best Supporting Actor Academy Award for playing the American G.I. who challenges the military ban on interracial marriage in Sayonara.  Mary Tyler Moore got her well-deserved Best Actress Oscar nomination as the emotionally distant upper middle class suburban mother whose son attempts suicide in Ordinary People.  Cloris Leachman was a funny sitcom regular on The Mary Tyler Moore Show and then starred in her own spin-off sitcom, Phyllis.  She won her Best Supporting Actress Oscar for going dramatic in The Last Picture Show.  Tom Hanks, Sally Field and Robin Williams were ABC sitcom stars who also won Oscars for dramatic film performances.  Jamie Foxx and Mo'Nique are other TV sitcom stars who won Hollywood gold for playing it straight on the big screen.

Bill Hader, formerly of Saturday Night Live, made a tear roll down my face with his performance in The Skeleton Twins.  He made you laugh on TV.  Hader will break your heart in this film. 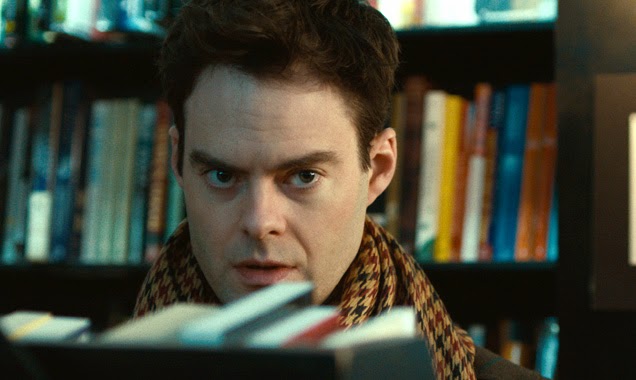 I was also impressed with the dramatic performance delivered by fellow SNL graduate, Kristen Wiig.  Hader and Wiig were so surprisingly moving as brother and sister in this bittersweet family drama.  The two siblings were nicknamed "The Skeleton Twins" in their childhood when they were close.  As adults, there's been distance between them.  A distance of ten years.  This movie shows two siblings who drifted apart and, after much heartache, begin to find a way to be close again.  Hader and Wiig worked together for seven years making us laugh on Saturday Night Live.  I'm sure that closeness gave them a good, tight bond to use dramatically when playing the siblings in The Skeleton Twins. 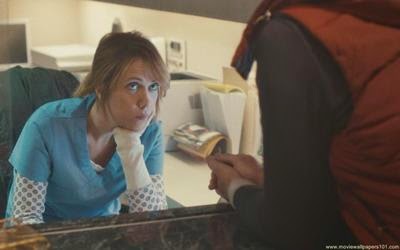 The film opens with the brother, played by Hader, attempting suicide.  His sister, a dental hygienist, is called by the hospital.  His mental depression reunites them. 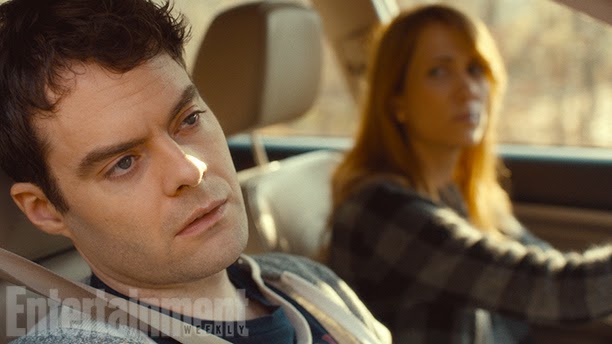 I don't want to tell you a lot about the movie because that could dilute the emotional impact if you're able to see it.  But I will tell you that, in the category of American indie movies about adult dysfunctional brothers and sisters helping each other become a little less dysfunctional, The Skeleton Twins can be placed on a shelf with 2000's You Can Count On Me and 2007's The Savages, two movies that both starred Laura Linney as the sister.

Seeing Bill Hader as Milo, the emotionally troubled gay brother whose life has been a series of disappointments, was a revelation.  He is now living with, Maggie, his married sister, and her upbeat husband.  In a heart-to-heart with Maggie, Milo has a short monologue about  life after high school.  That's what put tears in my eyes.  Not only was the writing good, not only was Hader's performance poignant, it rang true because I've had those same feelings in my life.  I connected to Milo.  When a movie character gives accurate voice to feelings you've had and have pushed way, way back in your heart, that's fine writing.  And that was some wonderful acting.

There is humor in the movie.  The kind of humor brothers and sisters have -- because they can make each other laugh.  It's like that with my sister and me.  We know each other's funnybones.  We know the broken places in our hearts that many people don't see.  Being brother and sister, Milo and Maggie know how to love and how to betray each other.  The  director and stars could've taken the easy route and given us some definite big, unnecessary SNL-type laughs.  They could've done like Adam Sandler does in his movies.  But they didn't.  They remained true to the drama of the story and let the humor come naturally from the characters.  I loved that.

There were other scenes that really landed on my heart.  A third person known for TV comedy goes dramatic here and he nails the part.  Ty Burrell, who worked for years and years before landing his Emmy-winning role as clueless Phil Dunphy on Modern Family, reminds folks that he can do drama.  The car scenes with the bookstore employee Burrell played? I said to myself, "Milo, I know exactly how you feel." 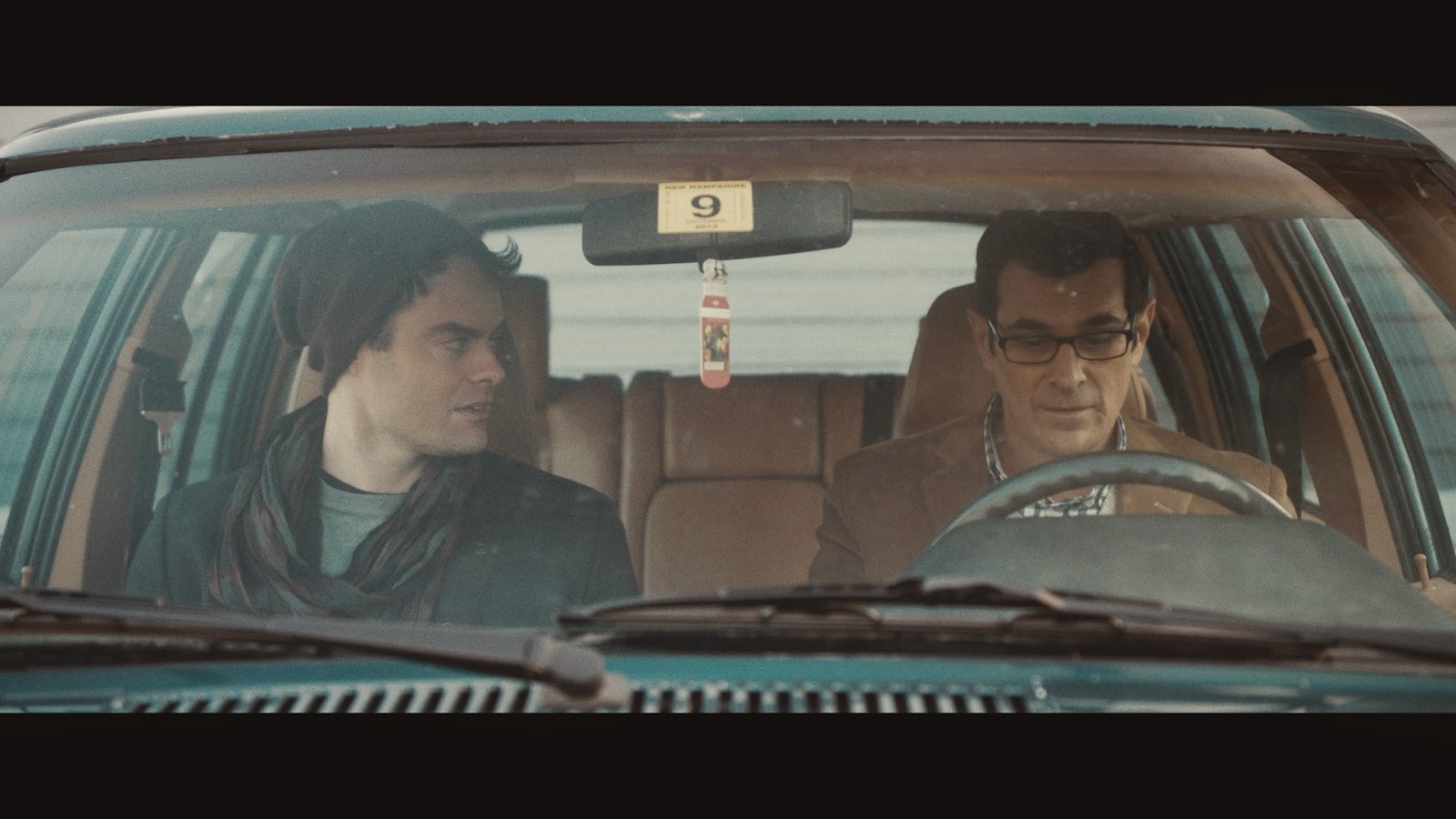 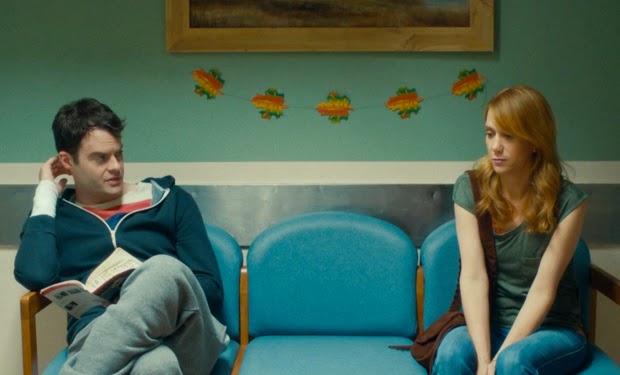 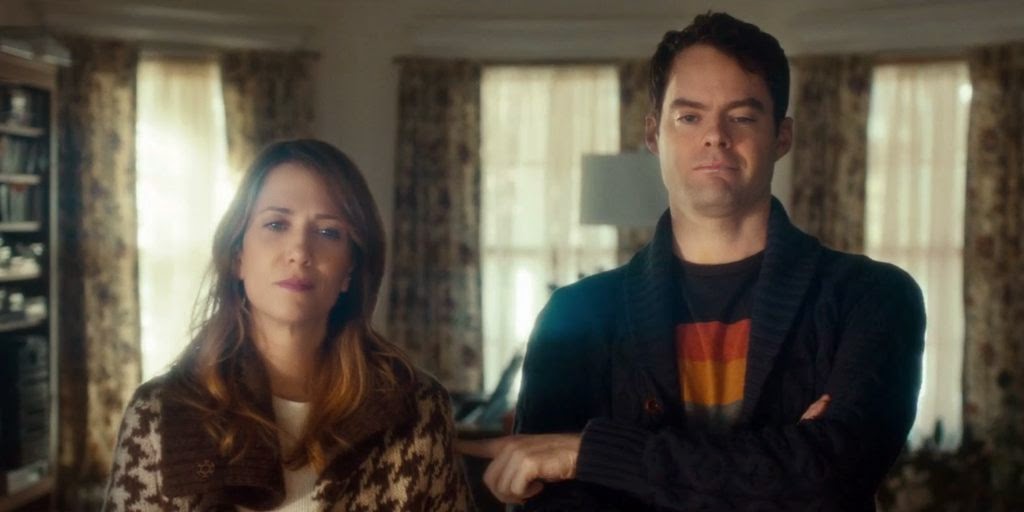 Joanna Gleason, a Broadway Tony-winning musical actress who's known to millions as Dirk Diggler's mother in Boogie Nights, has a mom role in this.  She's Maggie and Milo's mother.  In a dinner scene, you come to realize why the siblings are they way they are.  Gleason was perfect in the role.  She won her Best Actress in a Musical Tony Award for playing The Baker's Wife in Sondheim's Into The Woods.

If you like to see funny people stretch their talents and play it straight, see The Skeleton Twins.  What fine performances in a family drama with lots of honesty and heart.  It's not a big-budget, special effects driven, action-packed movie.  But give it a chance.  It's about people you may know.  It's about people you may have been.  Bill Hader and Kristen Wiig did some beautiful work playing these two emotionally wounded, imperfect, very human and embraceable characters.