She Lit Up CHRISTMAS IN JULY

It took me quite a few years to realize I'd been watching the same skilled actress. 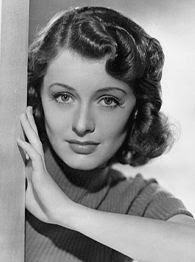 When I was a kid growing up in Los Angeles, KTLA/Channel 5 frequently aired the glossy and highly entertaining Paramount comedy starring Jack Benny, Buck Benny Rides Again.  This is a fun comedy based on Benny's very popular weekly radio sitcom.  Eddie "Rochester" Anderson, Dennis Day, Phil Harris and announcer Don Wilson (his radio show regulars) join him in the movie.  It takes the big city Benny to a desert vacation ranch in Nevada.  He falls for the no-nonsense sister of a singing sister trio hoping to get discovered.  Ellen Drew played that sister.  What a blonde babe she was! 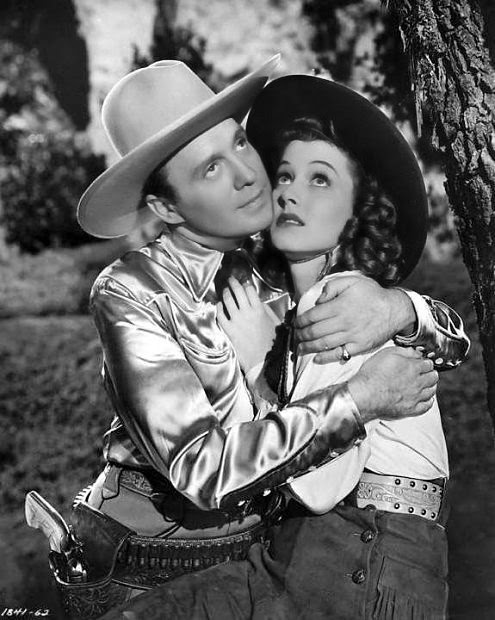 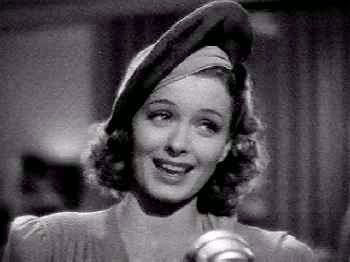 That's why it didn't connect in my adult years that she was the same actress who gave such a glowing, earthy performance as the supportive working class girlfriend in the Preston Sturges comedy, Christmas in July.  I absolutely love her in the film -- especially her final monologue pleading for the man she loves to be given a chance to prove himself while he's still young at his workplace.  She's a brunette in the Sturges film.

From the research I did, Paramount Pictures put her under contract but didn't know if she should be blonde or brunette.  The studio tried both colors. 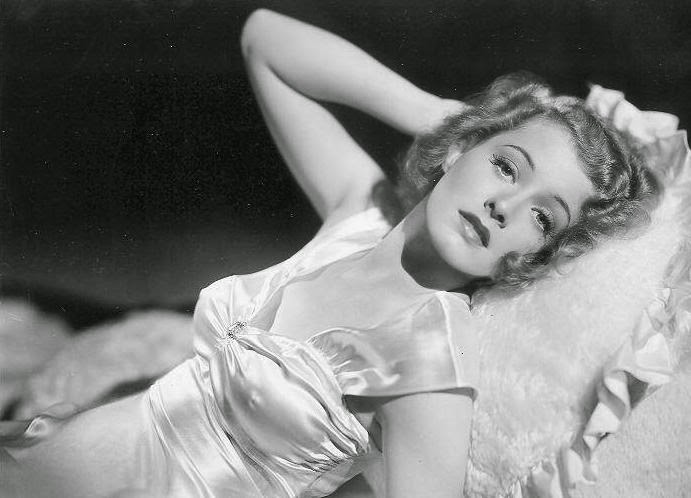 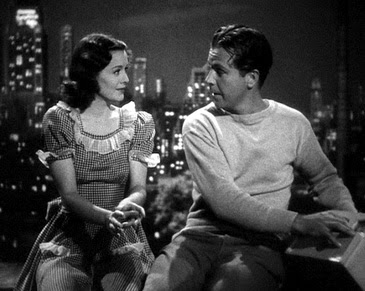 She's blonde and a bit snooty in Buck Benny Rides Again (1940).  She's brunette and lovably warm in Christmas in July with Dick Powell (1940).  That film is an often overlooked Preston Sturges gem, full of laughs, heart and wisdom. 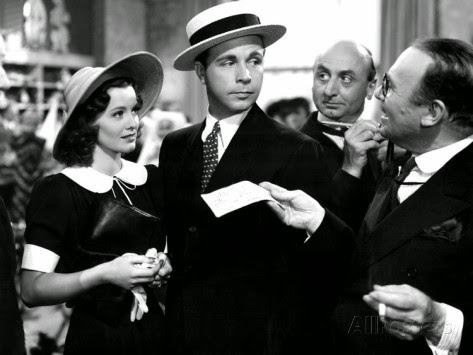 Paramount Pictures may not have been able to decide early on whether or not she'd click better as a blonde or brunette. But there's one thing everybody could agree on, I bet.  Ellen Drew had talent.  That lady could act in drama, screwball comedy, historical epic, western, whatever.  She was more than just a "glamour girl."  A babe?  Yes, she was.  And also a solid character actress with her expressive eyes and unaffected, forthright acting style.  She listened to her fellow actors in a scene and reacted.  She knew how to move for comedy.  She knew how to hold for dramatic punch. 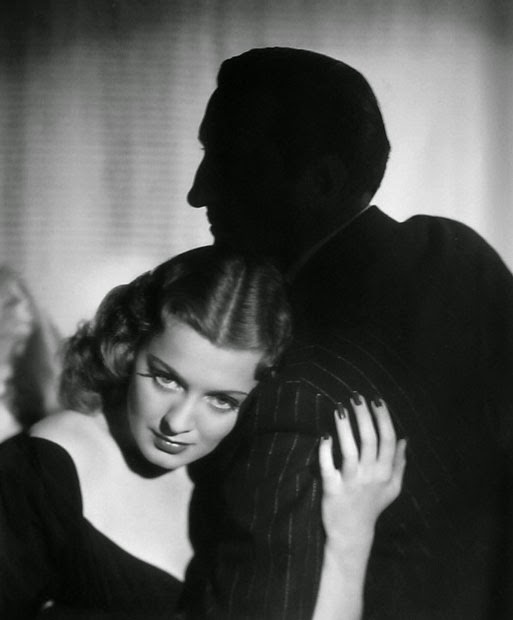 Look at her range opposite Ronald Colman in the historical drama, If I Were King ... in the western The Man From Colorado with William Holden and Glenn Ford ...in the critically acclaimed inspirational western classic, Stars In My Crown with Joel McCrea... 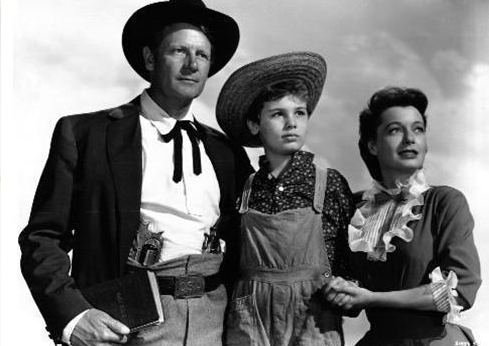 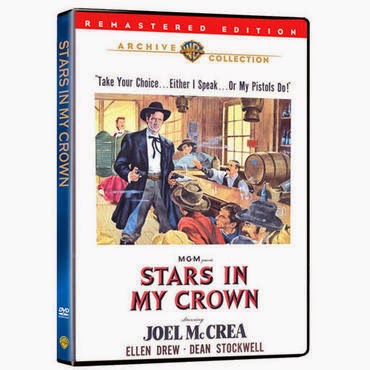 ...and in the film noir crime story The Crooked Way with John Payne. 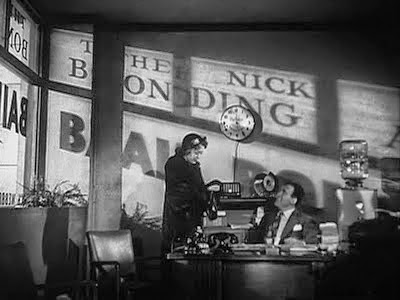 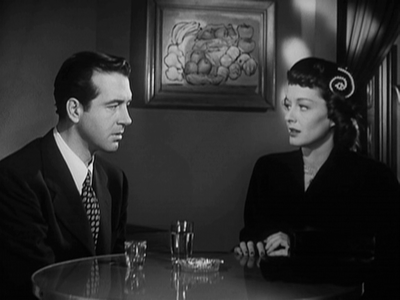 Ellen Drew didn't become a big Oscar-nominated star like Barbara Stanwyck, another actress who gave one of her best performances in a Preston Sturges comedy, but she sure had the goods.  Which brings me to me to a casting idea for you fellow classic film fans to consider:

If, Heaven forbid, Barbara Stanwyck had not been available to play cold-blooded Phyllis in Billy Wilder's Double Indemnity and Paramount wanted to cast a contract player, I feel that Ellen Drew could've done a mighty fine job in the role that Stanwyck made famous. 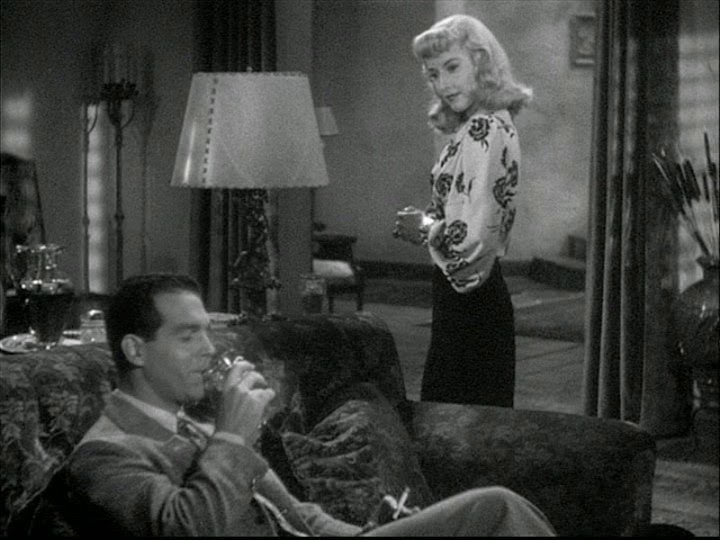 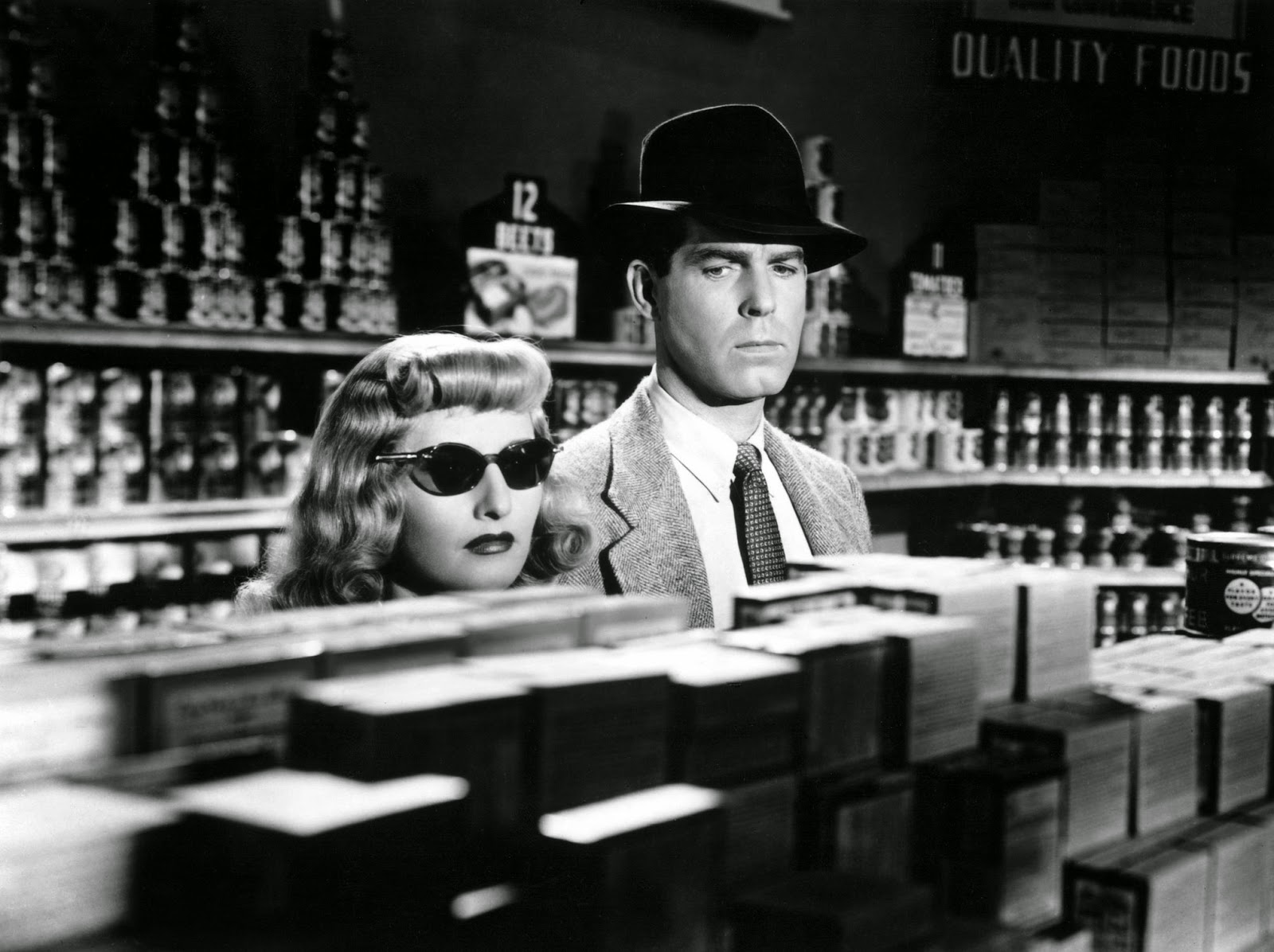 Drew had a nice chemistry with Fred MacMurray in the comedy, Sing You Sinners.  In that breezy 1938 feature, Bing Crosby was the star.  He, MacMurray and little Donald O'Connor played a trio of singing brothers.  (Yes, Fred MacMurray could sing.  And very well too.)  MacMurray is the no-nonsense brother and Ellen Drew played his girlfriend. 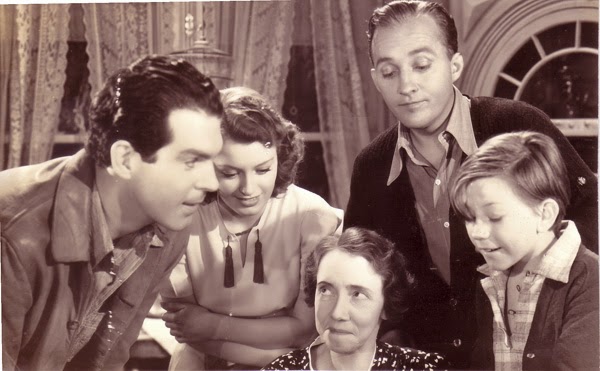 There were good Paramount parts Ellen Drew should've played that went to bigger stars like Dorothy Lamour in A Medal for Benny, a fine World War 2 drama about the marketing of war heroes, and Jane Wyman in Billy Wilder's The Lost Weekend.  If you're not familiar with Ellen Drew's work, check out some of titles I mentioned in this article starting with Christmas in July.

Ellen Drew wasn't one of Hollywood's top movie queens -- up there with a Stanwyck, Greer Garson, Bette Davis and Gene Tierney -- but she sure did deserve to be. 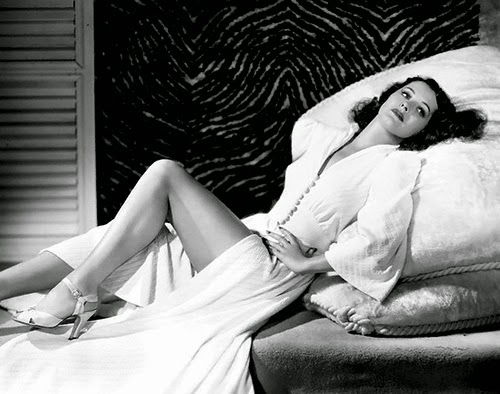