THE REMARKABLE ANDREW (1942):  Pour in some Frank Capra, add a tasty splash of Preston Sturges, garnish with some great writing and you've got this spirited, patriotic Paramount comedy starring William Holden, Brian Donlevy and Ellen Drew. 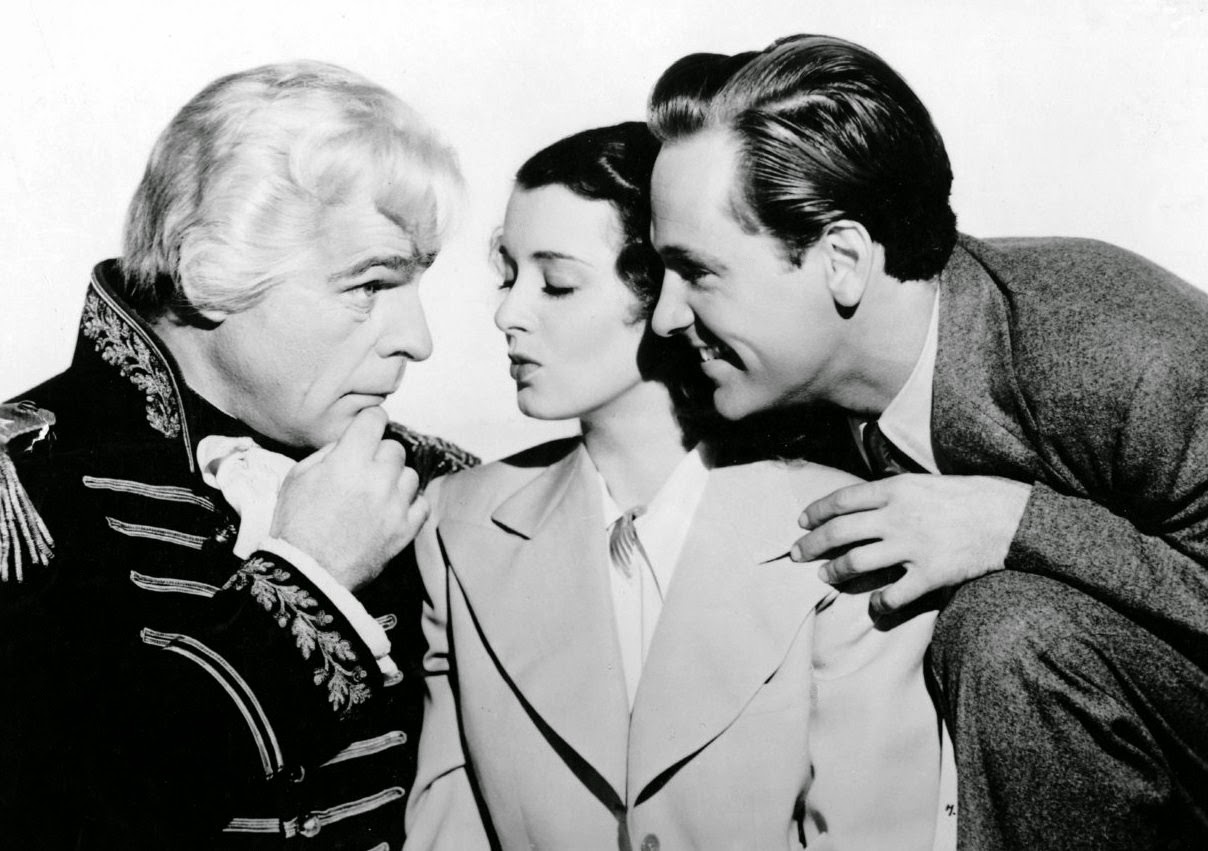 In small town Colorado, the polite and punctual Andrew Long is a city bookkeeper known for his professionalism.  He works for the taxpayers and he takes his job seriously.  He is honest to the bone.  His fianceé knows that.  She's proud of that.  One day, he notices that the books are off by $1240.00.  Crooked city officials and local politicians have been embezzling.  They set Andrew up so that he's blamed and jailed for the crime.

An unexpected formidable force comes along to help Andrew through this abuse of democracy.  He's visited by the ghost of General Andrew Jackson, the seventh President of the United States.  This causes the young accountant to behave a bit erratically because he's the only person who can see and hear the late president. 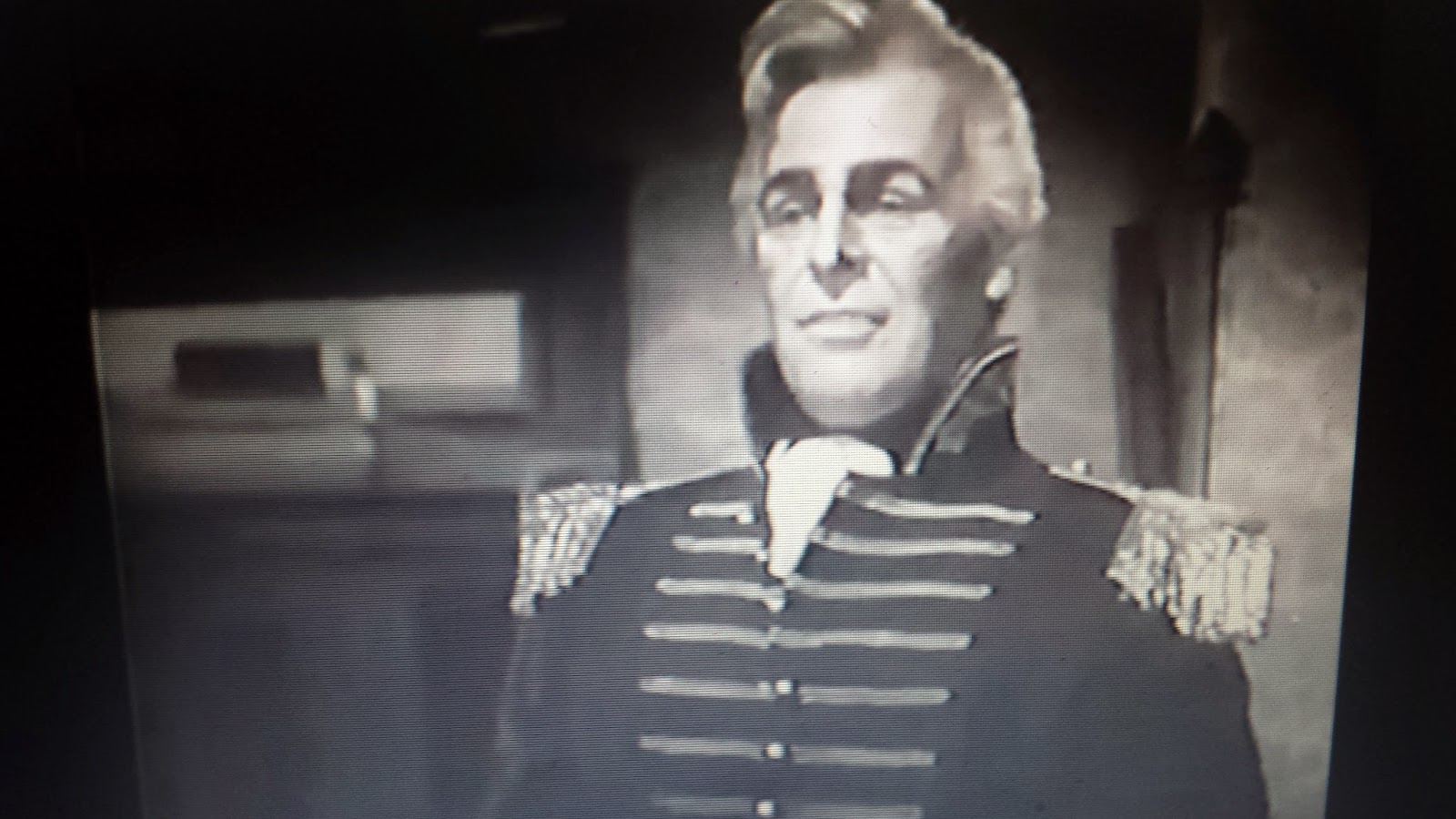 When things get really tough for the jailed Andrew Long, Gen. Jackson brings in some spirit friends for support  and legal assistance --  Gen. George Washington, Thomas Jefferson, Benjamin Franklin and Chief Justice John Marshall among them. 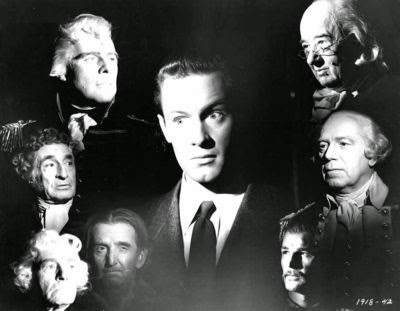 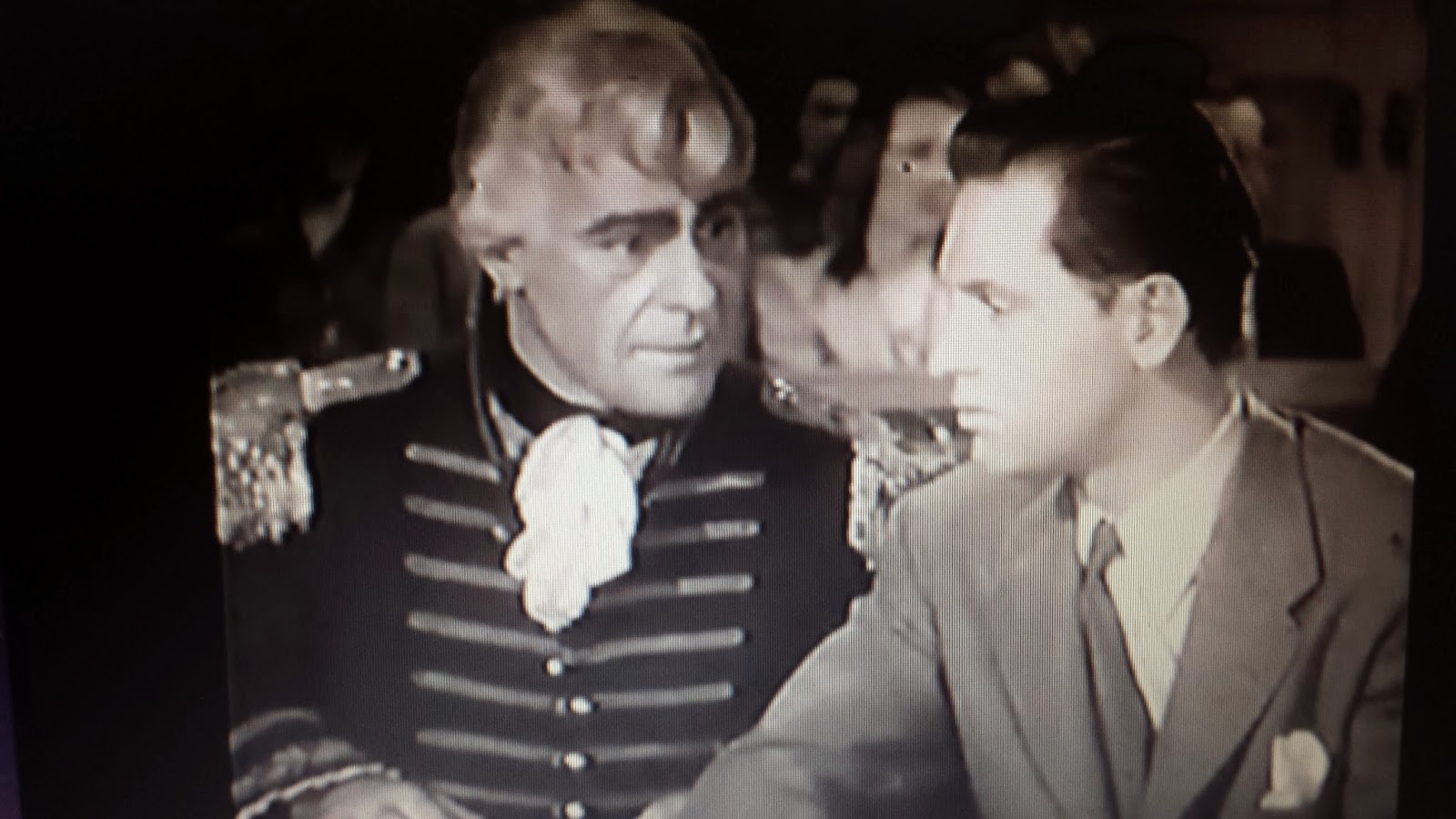 In the courtroom, Andrew has no lawyer.  He has the help of his invisible visitor.  He defends himself in the courtroom against the accusations of a crooked district attorney.  Mr. Beamish, the blowhard D.A., accuses Andrew of subverting democracy. 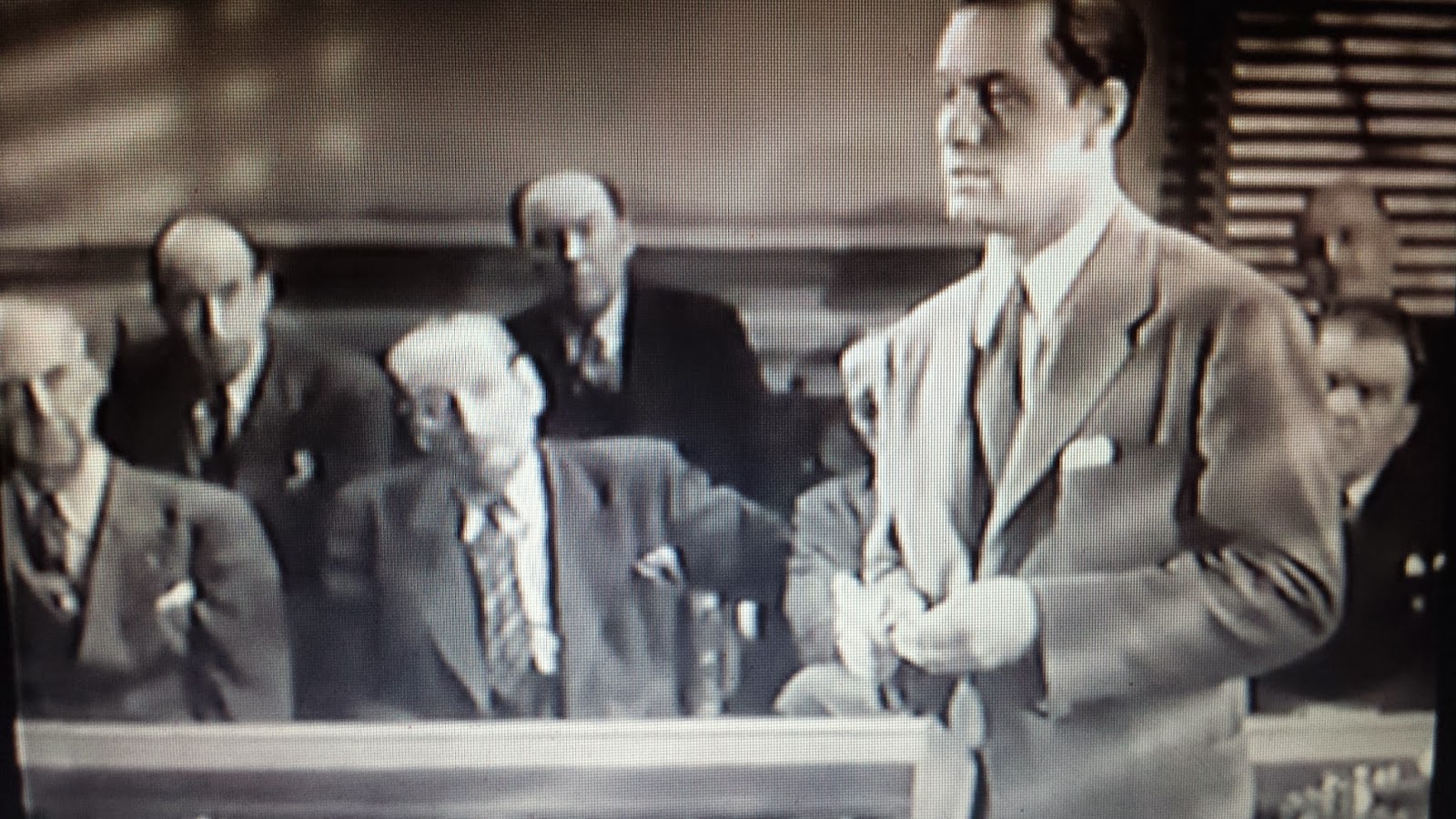 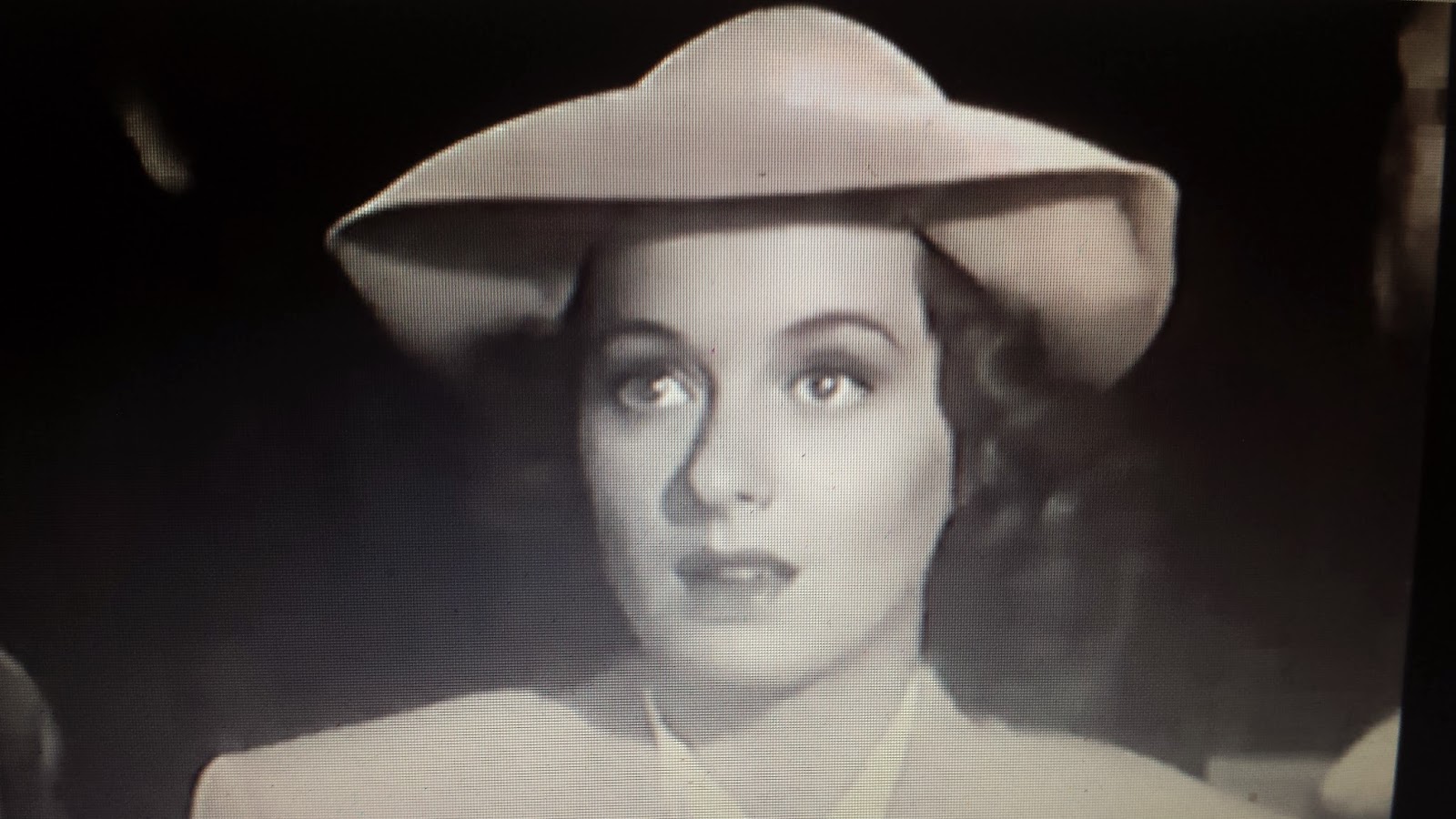 With his fianceé, Peggy, in the courtroom watching, city accountant Andrew Long addresses the jury in his own defense:

"As I think of it, democracy isn't like a Sunday suit to be brought out and worn only for parades.  It's the kind of life a decent man leads.  It's something to live for and to die for.  I hope what I'm trying to say doesn't sound like flag-waving because I've always felt that flag-waving was something sacred and quiet and not to be done for any selfish motive.

But Mr. Beamish started this.  I'm only defending myself as well as I know how.  Mr. Beamish has told you what democracy means to him.  I think I ought to tell you what it means to me.

Democracy means that people can say what they want to.  All the people.  It means that they can vote as they wish.  All the people.  It means that they can worship God in any way they feel right, and that includes Christians and Jews and voodoo doctors as well.  It means that everybody should have a job, if he's willing to work, and an education and the right to bring up his children without fear of the future.  And it means that the old shall be provided for without shame to themselves or to their families.  It means 'Do unto others as you would have others do unto you.'  It also means prayers of the pilgrim fathers in the wilderness, and the Declaration of Independence, and the Constitution of the United States, and the Bill of Rights, and the Emancipation Proclamation, and the dreams of the immigrant mother for her children.

The screenplay for The Remarkable Andrew was written by Dalton Trumbo, based on his novel of the same name.