Boseman Makes You GET ON UP

Lord have mercy, was he good!  I finally got to see Get On Up, this year's big screen biopic about the late James Brown.  Actor Chadwick Boseman plays "The Godfather of Soul."  His performance alone was worth the price of the ticket.  Boseman seemed to be in a seance trance, channeling the spirit of James Brown and not just acting.  He was that amazing.  The low, gravelly voice, the body posture, the swagger, the soul, the look in the eyes, the famous onstage dance moves -- it's all there. 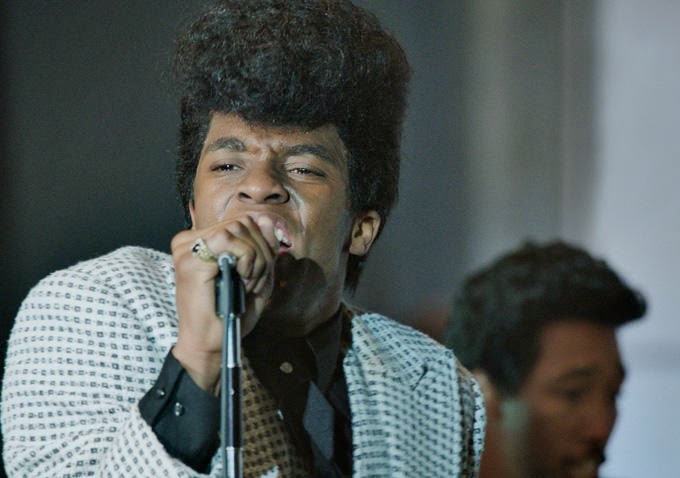 My buddy, Keith Price, is a weekday morning host on Sirius Radio's OutQ.  He saw Get On Up weeks before I did.  He also loved Chadwick Boseman's performance.  About the biopic on the whole, Keith remarked that the the screenplay seemed to be on the Wikipedia side.  I totally agree with Keith on that.  You got the bullet point important events in the life and times of James Brown punctuated by some terrific music numbers.  But it just didn't have a smooth flow.  The screenplay didn't feel fully developed.  The biopic, however, is buoyed by the work of Boseman as Mr. Brown. 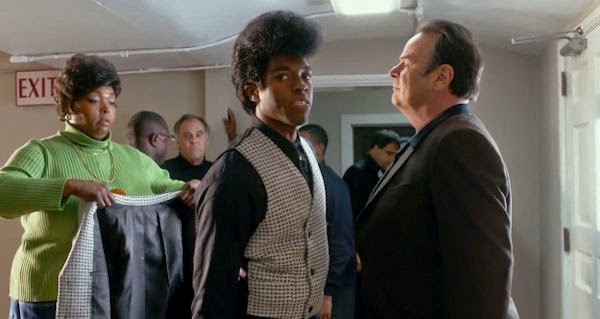 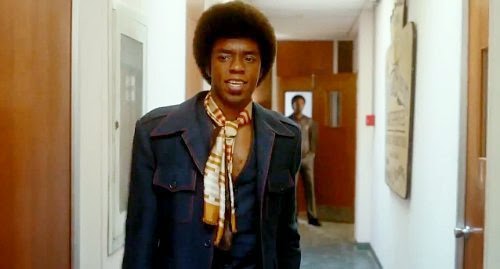 Get On Up was directed by Tate Taylor, seen here directing Mr. Boseman. 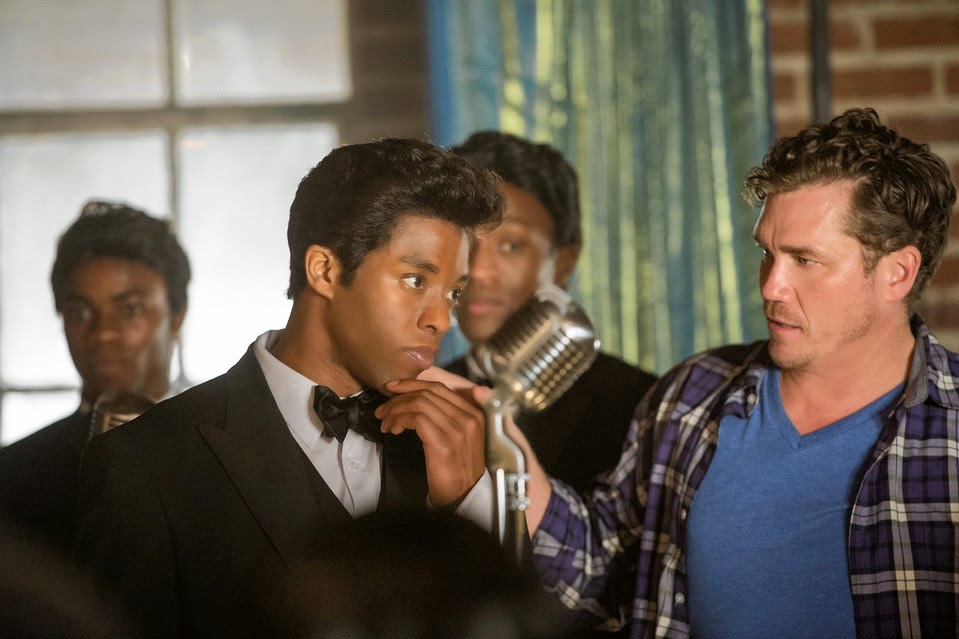 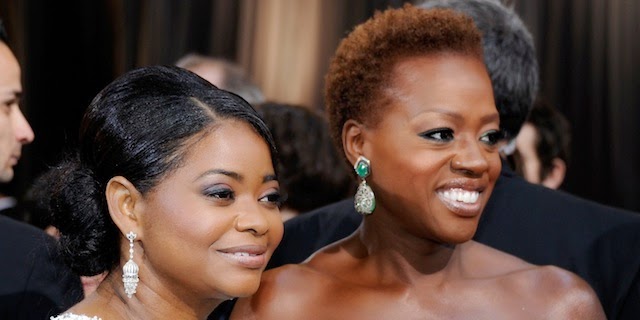 Viola Davis plays his mother who is forced to leave when he's a boy.... 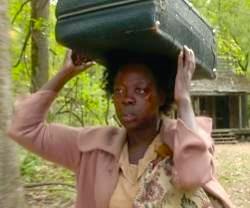 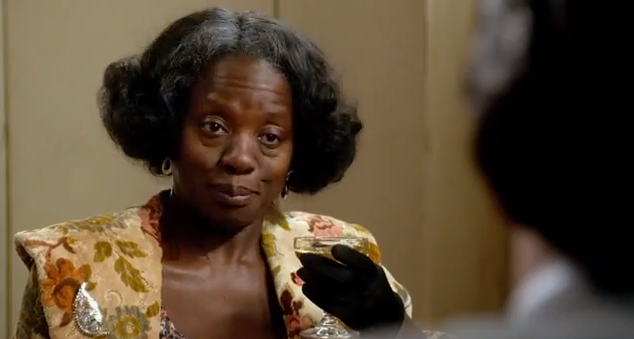 Davis does not have a large role but she's onscreen long enough to make your jaw drop at how outstanding an actress she is.  She is one of the highlights of the movie.  Brilliant character work.  Another role she did this year was also movie highlight.  In Get On Up,  Davis plays the uneducated, humiliated, heartbroken country mother.

In The Disappearance of Eleanor Rigby, which opened this month, she is the cosmopolitan, witty, charismatic New York University professor.  And she is a major babe playing that scholarly role.  In the new drama, Davis works opposite fellow co-star from The Help, Jessica Chastain. 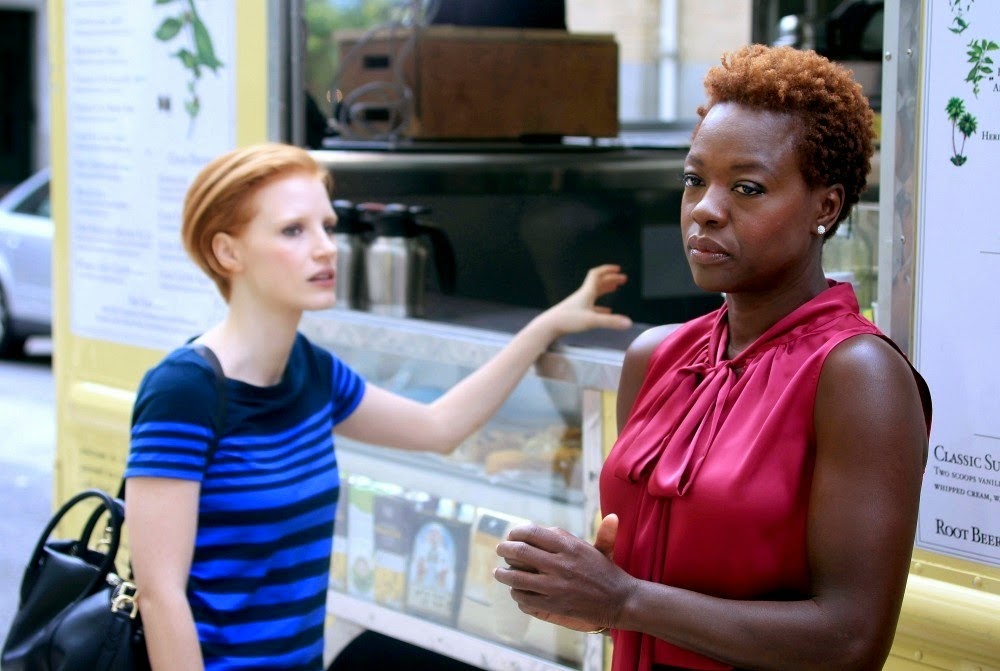 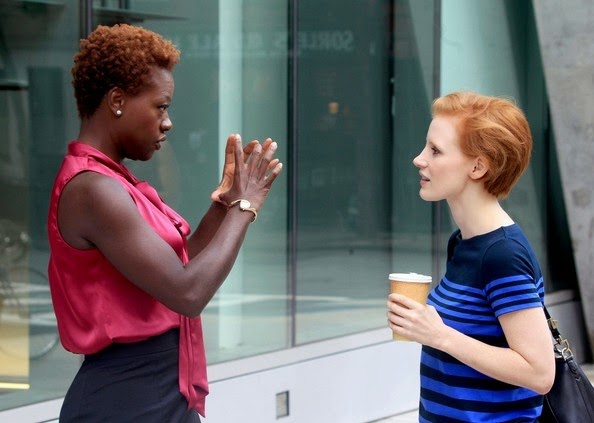 As my mother and grandmother said, "It's a sin and a shame" that the gifted Broadway and film actress needed to turn her attention to TV because good Hollywood script offers have not been plentiful since her Oscar nominations.  That is the irritating plight of minority actresses.  I  bet Halle Berry, Whoopi Goldberg, Marianne Jean-Baptiste (Oscar nominee for Secrets & Lies), Rita Moreno and Rosie Perez know exactly how Davis felt in her need to focus on television.  The fact that no black actress has three or more Oscar nominations to her credit in all Hollywood Academy Award history really says something about their lack of fulfilling film opportunities.

Back to Mr. Boseman.  Highlights of Get On Up include Soul Brother #1 James Brown keeping his cool on a plane being shot at while he and his band entertain the troops in Vietnam, Brown performing on network TV with a white-as-milk cast on a variety show, and his reunion with his mother.  The last 20 minutes of the movie are very good.  The rest of it has sort of a sanitized made-for-TV movie feel.  But the acting, across the board, is tops -- starting with Chadwick Boseman. 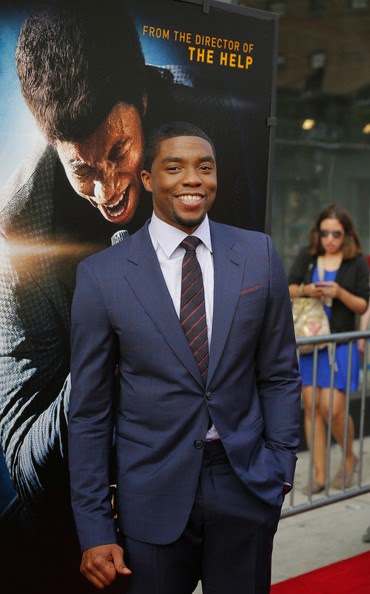 He gets the material on the good foot.

As for Viola Davis, I'll be watching her in the new series created by TV powerhouse, Shonda Rhimes.  The name of the ABC series is How To Get Away With Murder. 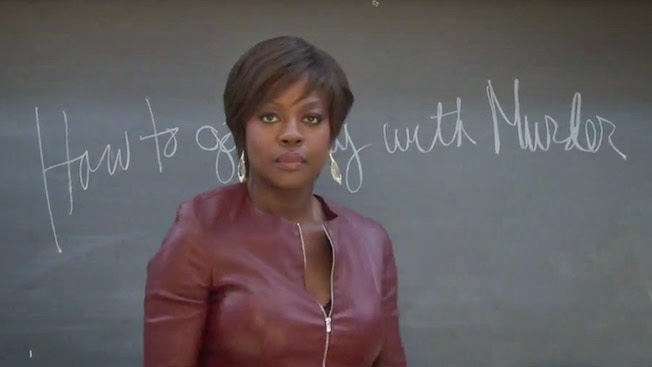