"Shining Through" with Susan Isaacs

One of the best summer reads I had in the 1980s was Shining Through, another bestseller from novelist Susan Isaacs.  I read that book twice.  Smart, surprising, action-packed, provocative...and it had a very cool love story.  The lead character in action is Linda Voss.  Thank you, Susan, for that character.  Susan Isaacs is one of the most fascinating and generous people I've had the pleasure of meeting in my career.  In fact, she helped me during the early part of my career when I was co-host of a live show on WISN TV, Milwaukee's ABC affiliate.  After arguing with the executive producer who felt that writers were boring guests, I booked Susan.  She killed.  Not only a good writer, she's very funny.  The studio audience loved her.  We hired a new executive producer. 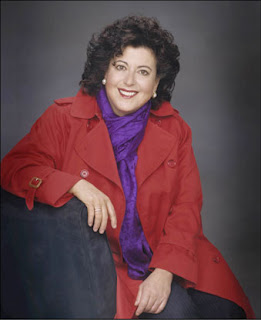 I found out that Milwaukee was part of Susan's book tour.  Her first novel, the bestselling comedy/murder mystery Compromising Positions, made me laugh so loud as I read parts of it while browsing in a Milwaukee bookstore that I pulled out my wallet and purchased it.  That book was worth every penny.  The new book she was promoting, Almost Paradise, also delivered belly laughs.  This was my first professional TV job.  Susan was flattered that I wanted her on our show.  Even more flattered when she realized, from my intro and questions, that I'd read the books.  Our interview segment was like a really great first date.  I wanted to see her again.  Fortunately, I did.  Susan kept in touch.  She called me from her New York home and suggested I set my  sights on a TV career in Manhattan.  I did and I got there in 1985, the following year.  I did more TV interviews of Susan when she had new novels on the bookstands.  Shining Through deserves re-appreciation -- especially today when America has so many women who served in our 9/11 wars. 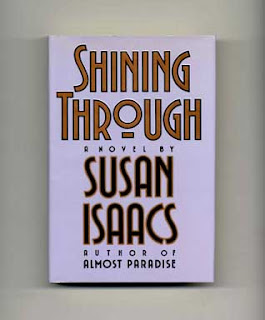 Linda Voss is a legal secretary in Manhattan in 1940.  She speaks fluent German which makes her an asset on the job.  She's also of German-Jewish descent and extremely concerned with the news coming out of Germany.  Hitler is on the rise.  Lonely and alone after a humiliating romance, she enlists in the war effort.  She wasn't right for one man in Manhattan but she's right for Uncle Sam.  Linda trains like an Olympic hopeful to do espionage work for the OSS (predecessor of the CIA).  Her skill with German is valuable.  Think of the old movies from the 1930s and 40s.  When Hollywood showed women in uniform actively serving overseas, they were usually nurses.  A rare case, A Guy Named Joe, had Irene Dunne as a military pilot flying missions along with the men.  Women did fly B-17s during WWII.  Linda has to learn physical combat and how to handle guns in her OSS training.  After she's passed all her courses, she gets her orders.  She's to work as the new cook in the home of a Nazi officer.  This is where the tension and action really start.  One of her contacts is a homosexual member of the OSS who charmed a Nazi officer's wife.  He covers as a festive gay German fashion designer who can supply glamour while also partaking in "girlfriend" gossip about other Gestapo wives and their husbands.  Like Susan's first novel, Compromising Positions, this tale was also turned into a movie.  The movie was so-so.  Not Susan's fault.  She didn't write the screenplay. 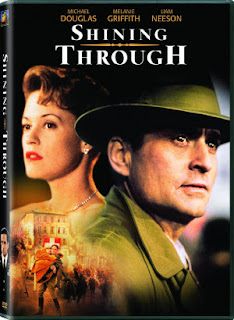 Susan took sort of a second honeymoon European vacation with her husband and sent me a couple of postcards during the trip.  She was also doing research for Shining Through while overseas.  Susan wrote the gutsy Linda Voss character with Debra Winger in mind.  THAT would've been perfect casting.  To me, the movie adaptation diluted the great feminism of Susan's book.  Linda was less an action hero.  Melanie Griffith starred.  The 1992 movie is a bit on the Working Girl Goes To War side.  In our post- 9/11 era, Shining Through is ripe for a remake -- a TV mini-series remake for HBO.  That's my pitch.  Susan should be consulted for a remake.  A strong female lead character.  A story about women in wartime that was largely overlooked during and after World War II.  We're ready for it.  I want to read the book again this summer.  Here's some movie trivia for you:  Susan Isaacs was tapped to write the screenplay for a possible late 1980s/early 1990s remake of the classic, Sweet Smell of Success. 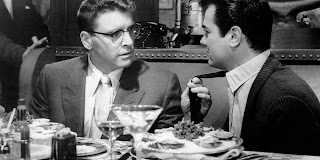 A new version of the 1957 drama did not get a green light to go into production but the idea was to make it a gender-bender remake -- with the Burt Lancaster part of powerful gossip columnist J.J. Hunsecker to be written for Faye Dunaway. Imagine Faye saying "I'd hate to take a bite outta you.  You're a cookie full of arsenic."  Today is Memorial Day.  My dad was a sergeant who served in the segregated Army of WWII.  To all our veterans past and present, male and female:  Thank you.
at May 28, 2012