I've blogged about these four fabulous females before and it's my pleasure to blog about them again.  If you go to the post office, you can now buy new stamps honoring four classic Hollywood film directors:  Frank Capra, Billy Wilder, John Huston and John Ford.  Each one gave us several enduring classics.  There were women who broke into that predominantly male club.  The Post Office should honor women directors who also put actors through their paces.  From silent movies and early all-talking films in 1929 to the early 1940s, Dorothy Arzner was the first woman to shatter that Hollywood glass ceiling in a pair of sensible shoes.  She dressed in a way some called "mannish."  To this day, Arzner is the only woman director who has 16 Hollywood features to her credit. 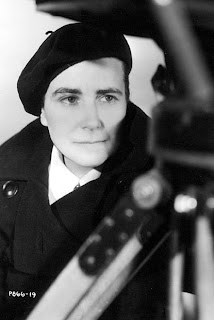 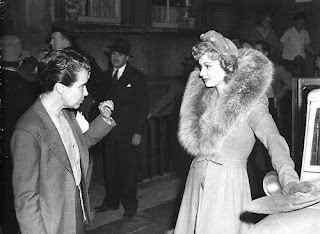 Ruth Chatterton, so memorable as the middle-aged wife ferociously trying to cling to her youth in Dodsworth,  also worked with Arzner. 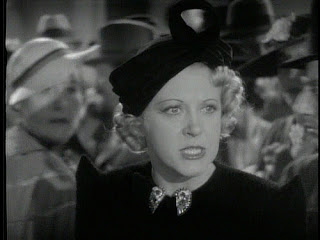 Arzner directed Chatterton in Sarah and Son.  Chatterton played a single working immigrant mother.  She was the first performer directed to an Oscar nomination by a woman.  Chatterton was a nominee for Best Actress of 1929-30 thanks to her Arzner-directed work in Sarah and Son.  Following Arzner was a glamorous Hollywood actress-turned-director.  Coming to films in the 1930s and really hitting her stride at the Warner Bros. Studio in the 1940s was the lovely and talented Ida Lupino. 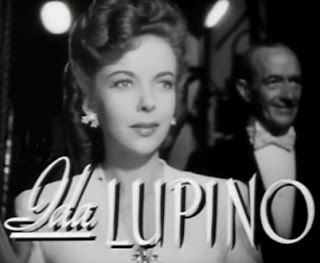 The New York Film Critics selected her as Best Actress of 1943 for playing the tough woman determined to make her sister a star in The Hard Way. Ida could hold her own opposite top male stars like Humphrey Bogart in High Sierra. 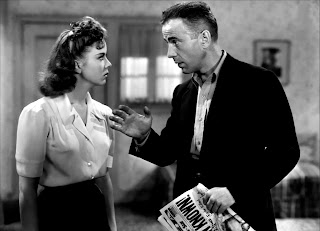 In the late 1940s and 1950s, Ida continued to star in films while also proving to be just as talented behind the camera.  She paved the way for women like Barbra Streisand. 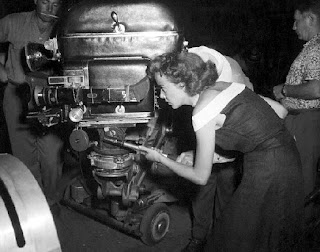 Onscreen, Ida did solid work in They Drive By Night, The Sea Wolf, Deep Valley, Devotion, Lust for Gold, The Big Knife and Junior Bonner opposite Steve McQueen in 1972.  Behind the camera, she directed tough black and white dramas such as The Bigamist, The Hitch-Hiker and Outrage.  In 1966, she gave us a Catholic comedy in color.  The Trouble With Angels starred Rosalind Russell as the Mother Superior of an all-girls convent school.  Sister had a most mischievous student played by Hayley Mills. 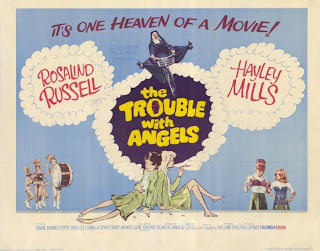 Many years before Sister Act, there was The Trouble with Angels.  This light family comedy is also a very dear look at the longevity of female friendships.  Rosalind Russell had been directed onscreen by both Dorothy Arzner (the 1936 drama, Craig's Wife) and Ida Lupino.  In the 1950s and '60s, the actress was also one of the busiest and most sought-after directors in episodic television.  Ida directed everything from westerns to sitcoms.  She was quite the pioneer.  Italy gave us Lina Wertmüller.  She made the history books as the first woman to be an Academy Award nominee for Best Director. 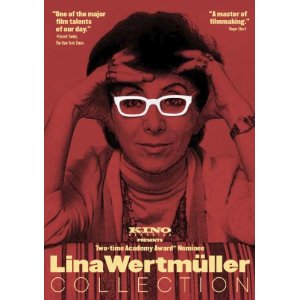 For 1976, the year of Rocky and Network, Wertmüller was nominated for directing Seven Beauties.  From the same film, Giancarlo Giannini was an Oscar nominee for Best Actor.  He played an Italian prisoner in World War II who has seven unattractive sisters. 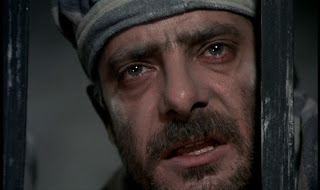 A New York City acquaintance of mine was in that film.  She was an extraordinary talent. The late Shirley Stoler was unforgettable as the German prison camp commandant. 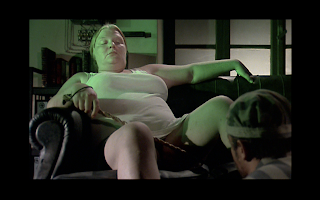 Other films by Lina Wertmüller are Swept Away, A Night Full of Rain and the 2004 film, Too Much Romance...It's Time for Stuffed Peppers.  That film starred Oscar winners F. Murray Abraham (Best Actor, Amadeus) and Sophia Loren (Best Actress, Two Women).  Abraham and Loren (the lady in red with Wertmüller) played an older married couple in Lina's 2004 dysfunctional family comedy/drama.  I wish it was available on DVD. 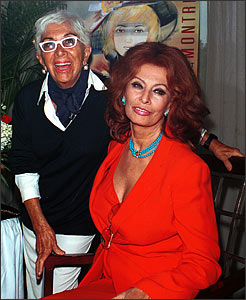 Like Wertmüller, Kathryn Bigelow got an invite to the Academy Awards for directing a story that takes place during a war.  Hers was a drama about our modern-day war in Iraq.  Bigelow made Hollywood history as the first woman to win the Best Director Oscar® -- and she won for directing The Hurt Locker.  The film won for Best Picture of 2009. 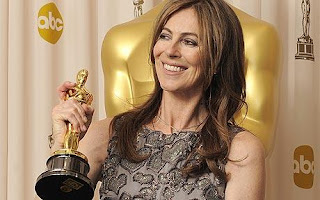 What do you think?  Stamps for approval -- those four women in film.  Dorothy Arzner, Ida Lupino, Lina Wertmüller and Kathryn Bigelow gave us good entertainment.  They contributed to the art of film and they made history.  Four fabulous females.  To read about others, click onto my March section and read "Women in the Director's Chair."