I Saw "The Avengers"

My two cool little nephews, my brother, a friend of his and I went to a mall here in the 'burbs and saw The Avengers this afternoon.  Four family members and a friend out for some male bonding.  Is it a great film?  No.  Did I enjoy it.  Yes.  Big time.  That silly comic book action story put a smile on my face.  Oh, how I needed those popcorn thrills. 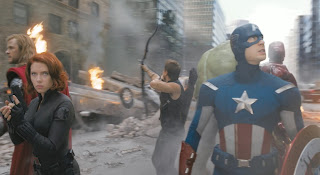 I like actor Jeremy Renner and I mainly wanted to see this movie for Mark Ruffalo as The Hulk.  I've been a Ruffalo fan for years.  He did not disappoint.  In fact, this was my favorite film depiction of The Hulk yet.  Renner didn't disappoint either.  He's Hawkeye, the archer.  The two fine, Oscar nominated actors clicked in their scenes together. 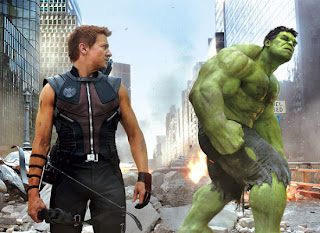 Joss Whedon's direction is pretty standard but I really liked what he did with the script.  Scarlett Johansson was yummy as Black Widow and I'm glad my nephews, ages 11 and 9, got to see her.  We talked about that character on the way home.  My nephews constantly have their two classmates and friends over to the house to play.  The friends are a brother and sister.  When they make action movies on their FlipCam, the girl always asks if she can be the hero.  Once, I heard my oldest nephew, the director, say "No, because you're a girl."  Uncle Bobby had to have a little talk with his nephew about diversity and equality on the set.  I liked them seeing a female action hero.  I'd love it if they could see Sigourney Weaver in Alien but there's adult language in it.  That's not a problem in The Avengers.  No  dirty language.  No graphic violence.  No sex.  Just sexual equality.  Johansson showed my nephews that girls can be action heroes with the guys. 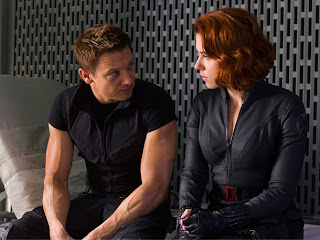 The plot is pretty flimsy.  It's just a reason to get all these Marvel Comics heroes together in one feature.  Loki is the villain.  He looks like a chorus singer in a Wagnerian opera.  He does this "Kneel before Zod!" business.  Only his name isn't Zod. 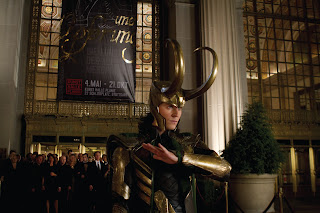 Most sci-fi villains and bad creatures, no matter what galaxy or time zone they're in, always want to get to New York City.  Loki is no exception.  That's where he wants to cause most of his mayhem. 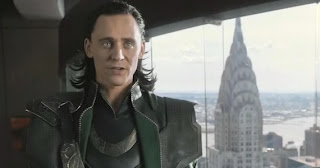 Loki's brother is Thor, one of the good guys.  There's intense sibling rivalry between these two.  No one is really sure why Loki is so mean and bent on destruction.  My reason is this:  Look at blond Thor.  Then look at his brother.  Basically, Loki is pissed that he's not nearly as butch nor as hot-looking as his brother, Thor.  That's the real issue.  Even Dr. Phil could've figured that one out. 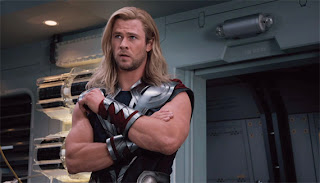 Ruffalo is such a smart and interesting Bruce Banner.  He's my favorite hero in the movie because he's closest to the real me.  Just because I smile a lot and I'm courteous doesn't mean all is well.  I keep it in control.  If my pressures took my emotions to the dark side, it wouldn't be pretty.  When Banner said "I'm always angry," I knew exactly what he meant. 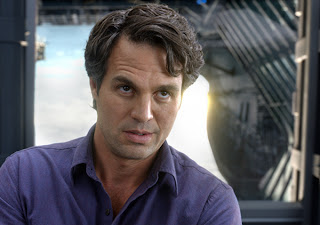 Loki is hooked up with some colossal vertebrae monster from another dimension.  That monster and its minions hit Manhattan.  The Avengers stop squabbling and unite to fight evil.  I think if Loki could've had a nice weekend away in Fire Island with Renner's character, Hawkeye, it would've calmed him down considerably.  But that's just me.  I read a couple of reviews of The Avengers, including one by renowned critic Roger Ebert, that made a snarky comment about the Comic-Con fans who live for this kind of entertainment.  I didn't like that.  To me, there's no difference between Comic-Con fans knowing all the Marvel Comics trivia and movie critics who can go on and on and on about Citizen Kane, Casablanca, the films of John Ford or the architectural vision in movies directed by Antonioni.  I think movie critics run a risk of losing touch with the common masses when they've become used to seeing movies for free in screening rooms with other critics who use terms like auteur and mise-en-scéne in their shoptalk.  It's another thing to buy tickets and see movies in a theater with "real people."  Like I wrote earlier, this movie is not great.  It's very entertaining.  I saw it in suburban mall cineplex with family.  The film started at noon.  We were in our seats at 11:20.  Good thing too.  The theater was  nearly packed.  Packed with other parents who were heroes to their little kids because they took them to see this movie on a Saturday afternoon.  Affordable entertainment for the whole family.  Entertainment with a happy ending.

That's exactly what I needed.  Look...I'm still job-hunting.  I've been out of work so long that full time employment is now on my bucket list.  I haven't booked on-camera TV work for so long that, after I had my colonoscopy, I asked the doctor if I could borrow some of the footage to update my demo reel. I needed something to take my mind off all that for a couple of hours.  There was good action.  There were laughs.  In one scene (I won't tell which) an older workman says to a character "Are you an alien?"  I laughed.  The actor delivering that line is Harry Dean Stanton.  Along with Sigourney Weaver, he played a member of the Nostromo crew in the 1979 sci-fi horror classic called Alien.  Stanton was last seen as the mean Mormon patriarch on the HBO series, Big Love.  I had fun at the movies.  If you see The Avengers, the closing credits are long but sit through them.  There's one final scene with the superheroes.  Wish me luck on the job front. 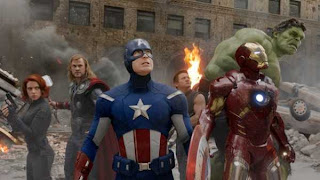