For two years, I was one of the supporting players on the Whoopi Goldberg national morning show for Premiere Radio.  Once, during a break, our ragtag in-studio team started talking about a certain remark some nominees make at awards time during celebrity interviews.  The remark:  "It's an honor just to be nominated."  Whoopi, as you know, is an Oscar® winner.  She enthusiastically stated, "It is an honor just be nominated."  She and I are both classic film fans.  Together we added that some famous actors worked for decades doing great work in great films and never got the Oscar love that Kim Basinger did with L. A. Confidential.  So this blog looks at some actors who were overlooked by Oscars.  Let's start with the versatile and gifted Edward G. Robinson.  One of my favorite Robinson performances is as Keyes, the moral compass whose insurance company co-worker has sex and murder on his mind in Billy Wilder's classic Double Indemnity.  Robinson's work here should've been up for Best Supporting Actor. 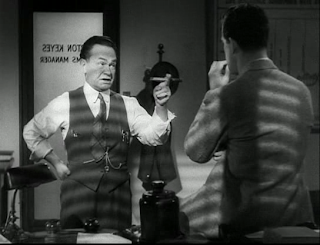 Wilder's film lost the Best Picture of 1944 Oscar to the sweet Catholic corn of Going My Way.  Barry Fitzgerald played the irascible aging Irish priest in that film opposite Bing Crosby as the new priest with fresh ideas.  Fitzgerald was nominated in both Best Actor and Best Supporting Actor categories for the same movie.  He won the Supporting category.  Academy rules were then changed.  From Little Caesar in the 1931 to Double Indemnity, The Sea Wolf, Key Largo and The Woman in the Window and All My Sons to The Cincinnati Kid with Steve McQueen in 1965, Robinson never got an Oscar nomination.  Put Joel McCrea in that same league.  Maureen Stapleton thanked him when she won her Oscar for Reds because he was her favorite actor.  McCrea, star of such classics as Sullivan's Travels by Preston Sturges, was overlooked by Oscar. 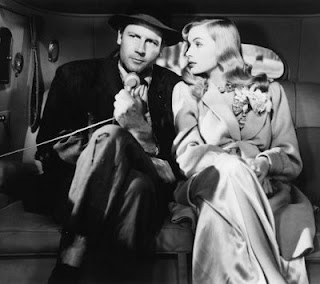 Like Robison, he worked a long time giving some solid performances in films like William Wyler's 1930s dramas Dead End and These Three.  Before Rock Hudson and Doris Day shared a party line telephone in Pillow Talk, he shared a wartime apartment with single girl Jean Arthur in The More The Merrier directed by George Stevens.  For Hitchcock, he was a wartime Foreign Correspondent.  Known for westerns, one of his last films was one of his best.  The 1962 western, Ride the High Country, deserves way more attention than it gets.  As Steve Judd, the man who says "All I want is to enter my house justified," McCrea should've been an Oscar contender for this film and his body of work.

He never got a nomination.  Neither did actress and humanitarian Mia Farrow.  Critics thought for sure she'd be a Best Actress nominee for her excellence in the New York City modern horror story Rosemary's Baby, one of the big box office hits of 1968. 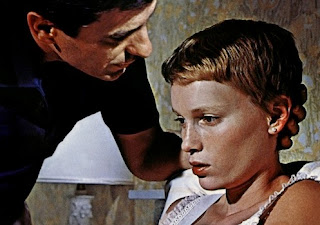 She didn't make the Oscar race for that.  Nor did she ever make it for the witty and wonderful work she did for director/writer Woody Allen in Alice, Radio Days, Broadway Danny Rose or Hannah and Her Sisters.  Farrow's Alice is funny and wise fantasy ride.  Alice starts to break out of her cocoon of Manhattan privilege by becoming invisible. 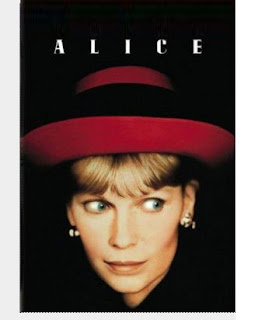 Richard Gere has been a song-and-dance lawyer in Chicago, he's been An Officer and a Gentleman, he's been an American Gigolo.  He's never been an Oscar nominee. After her popular lead roles as crimefighters in blaxploitation flicks, did you see Pam Grier as the hooker in 1981's Fort Apache, the Bronx starring Paul Newman and Ed Asner?  Wow.  Amazing, she was.  Another good veteran actor who never got invited to Hollywood Prom Night via Oscar nominations for fine work is Donald Sutherland.  He was Homer Simpson (yes, Homer Simpson) in Day of the Locust, a detective named Klute opposite Oscar-winning Jane Fonda and the grief-stricken dad with an emotionally distant wife in Ordinary People.  That family drama was the Oscar winner for Best Picture of 1980.  As the smart loser who was not handsome enough for manipulative network TV game show executives, John Turturro was a knock-out as Herb Stempel in Quiz Show.  Robert Redford won an Oscar for directing Ordinary People.  It was the first film Redford directed.  He won over Martin Scorcese for Raging Bull.  Redford later directed Quiz Show which, to me, is a better film.  Veteran director Wayne Wang was overlooked for 1993's The Joy Luck Club as was its cast of remarkable actors in that fine adaptation of the best-selling Amy Tan novel.  From 1979's Breaking Away to The Right Stuff, Everybody's All-American and Wyatt Earp, Dennis Quaid always brings something good.  He was at the top of his game as the closeted, controlled macho 1950s suburban family man in Far From Heaven co-starring Julianne Moore.

He really got the soul of that character and took you to the brink of disaster with giggly tension.  Watching him get surprisingly queenier with each cocktail at a party was like watching a fabulous accident about to happen.  Every time he takes a sip, you want to shout "Oooh, girl, slow it down and butch it up!  Your wife's watching!" 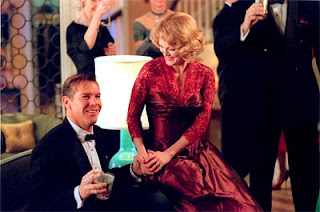 Now that the Academy got it together and finally gave actor Gary Oldman a nomination, it's time to give some attention to Ewan McGregor.  Look at his versatility and acting chops in Trainspotting, Young Adam, Moulin Rouge!, Big Fish and the bold satire, I Love You Phillip Morris.  Another fine actor is Billy Crudup.  Rent Jesus' Son, Cameron Crowe's Almost Famous and Stage Beauty one week to see how talented he is.  Those are some actors I like who've done golden work onscreen but have never been nominated for that golden boy called Oscar.  Early this year, when some entertainment reporters commented that Meryl Streep, Oscar nominee for The Iron Lady, hadn't won an Oscar in 20 years, I wanted to shout "But she's got TWO already!"  Ida Lupino never got a single nomination.  She was a top movie actress and a groundbreaking movie director.  Lupino's celebrated film career spanned the 1930s to the 1970s.  Tell those reporters that having even one Academy Award is a blessing.  Full disclosure:  I've got 25 years of TV work, national and local, to my credit.  I've never been nominated for a national or local Emmy.  Believe me.  It would be an honor just to be nominated.