I am not ashamed to admit this.  When I was new to New York City, I paid to see KISS OF THE SPIDER WOMAN several times during its theatrical release. I was mesmerized by the artistry of actor Raúl Juliá. His performance as the macho political rebel in a Latin American prison, sharing the cell with a drag queen, had a sweet, intense impact on my spirit -- like having my soul illuminated and transformed by seeing the vision of a saint. One of my longtime friends can attest to that. I took him with me once to see it and he fully understood why I felt the way I did as we were leaving the theater.

If you've never seen Raúl Juliá and William Hurt in KISS OF THE SPIDER WOMAN, you need to make a "must-see" appointment with the DVD. 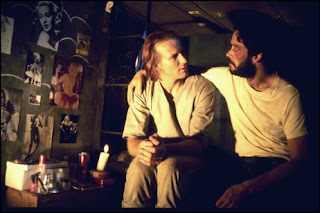 Raúl Juliá was an extraordinary actor who possessed a magnetism that made one let out a little gasp in his presence. I know from personal experience. When I worked for WPIX TV/Channel 11 in New York City, he came into our offices to be interviewed on our local weekday afternoon arts and community affairs show. I was not the only one in the office who gasped and blissfully stared as he walked by with his big, charming self. The next time I gasped was at VH1 as he walked onto the set to be a guest on my talk show. 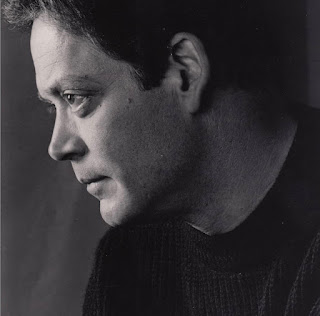 May is drawing to a close. I just wanted to let you know that PBS is streaming some of its American Masters show in May. One of them is Raúl Juliá: The World's a Stage.  PBS is absolutely correct in calling it "a warm and revealing portrait" of the charismatic, intelligent and passionate actor who went from Puerto Rico to the Broadway stage to a classic film performance. What a wonderful presentation it is -- and what a tragedy that illness took Raul from us way too soon. He added a great light to the world around him.

To see that American Masters portrait -- and others -- click onto this link:

By the way, you'll see some of my work in it. I'm proud to tell you that American Masters included a clip from my VH1 interview. The actor spoke about 1985's KISS OF THE SPIDER WOMAN directed by Hector Babenco.
at May 28, 2020