My Wish for Rita Moreno

I bought and have been reading RITA MORENO: A MEMOIR. It is, like the lady herself, absolutely fabulous and enlightening. 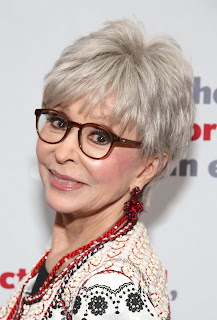 I'm sure you know this already. Rita Moreno, the legend divine, completed shooting her role in the upcoming Steven Spielberg version of WEST SIDE STORY. Rita Moreno starred in the original screen adaptation, Oscar winner for Best Picture of 1961. 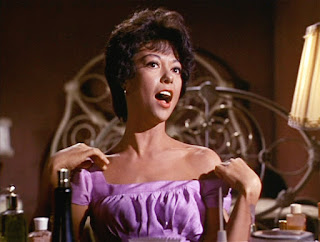 That wonderful film is so beloved that many people, myself included, regard it as a cherished friend. It holds that special a place in our hearts. Moreno played Anita in the 1961 film and won the Best Supporting Actress Oscar for her stunning musical and dramatic performance. Her co-star and dance partner, George Chakiris, won for Best Supporting Actor.

Recently, I saw her Skype in for an interview on the CBS daytime talk show, THE TALK. She was sensational. She was lit up with excitement about the opportunity to have acted in -- and helped produce -- Spielberg's upcoming version. Remember the character, "Doc," the storeowner in the 1961 film? He's Tony's friend. He stops the Jets when he sees that they're molesting Anita. Well, Spielberg changed Doc to a female character and we will see Rita Moreno as the storeowner. When we can see it. We've seen production photos from Spielberg's shoot. We read that the new WEST SIDE STORY would open this December. 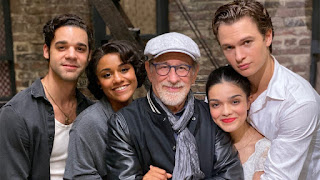 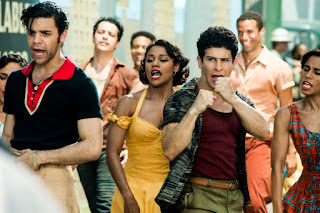 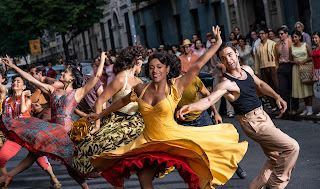 Then the pandemic hit.

When I saw Rita Moreno on the CBS show enthusiastically tell us how well Steven Spielberg treated her on the set, especially on her last day of filming, I had this wish: I wish that Rita Moreno's performance will be so strong that she will get another Oscar nomination for Best Supporting Actress -- and make history as the first person (I think) to win an Oscar for acting in a film's original version and get a nomination for acting in its remake.  That's my wish. 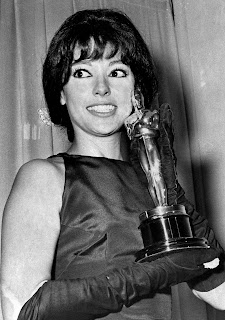 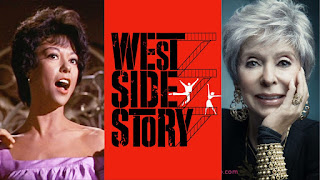 Love me some Rita Moreno. She has been an inspiration and a motivation to me ever since I was in high school. I'm lucky. I got to hold her hands and tell her that in person one day in 2000. We were backstage at the Kaufman Astoria Studios.
at May 13, 2020