In my previous post, I wrote how I felt about the first episode of Ryan Murphy's HOLLYWOOD miniseries now airing on Netflix. In it, he uses Hollywood history and does a Murphy twist on it. Folks may have been able to cut up and carry on in Old Hollywood in such a way that made scandalous behavior seem commonplace but, for all its looseness, it was still restricted. In the 1940s and 50s, Black actors could go only so far. They were denied equal opportunities. Gay and bisexual actors had to live their sexual lives in the shadows and have secret loves. Rock Hudson and Montgomery Clift could not be openly gay and employed like actors today.  In my post, I wondered if Murphy would stick were the standard vintage Hollywood stories we know -- like the story of Hattie McDaniel being the first Black person nominated for an Oscar and the first to win. Or the story of Rock Hudson. In episodes I've yet to see, Queen Latifah plays Hattie McDaniel. 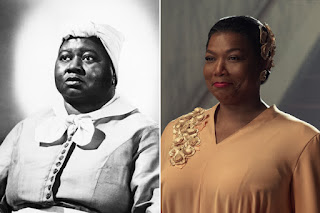 The Hattie McDaniel story fascinates me. She absolutely deserved that Best Supporting Actress Oscar for 1939's GONE WITH THE WIND. McDaniel could do drama, comedy and musical comedy. Look at her musical performance with Paul Robeson and Irene Dunne in 1936's SHOW BOAT and her lively number in Disney's 1946 hit, SONG OF THE SOUTH (if you can find it). She had definite screen charisma and could hold her own in a scene opposite top Hollywood stars such as  Shirley Temple, Katharine Hepburn, Jean Harlow, Bette Davis, Vivien Leigh, Clark Gable and James Cagney. However, even after her groundbreaking Oscar victory, Hollywood studios still treated her like a bit player. Look at the credits billing and the cast of the 1942 Warner Bros comedy, THE MALE ANIMAL. The stars are Henry Fonda, Olivia de Havilland, Jack Carson, Joan Leslie and, as the maid, Hattie McDaniel. Of those cast members, Hattie is the only one who'd won an Oscar by that time. Yet, she has traditional Black maid lines like "Yes'm. I'll get the door." The same applies to the sweet 1946 Fox comedy, MARGIE, starring Jeanne Crain. Margie is a teen in the 1920s. Hattie McDaniel, again, is the Oscar-winning actor in the cast. She plays the maid who answers the door.  In 1949, Jeanne Crain -- a white actress -- would play a light-skinned Black woman in the race drama, PINKY, and get a Best Actress Oscar nomination.

Wednesday afternoon, May 13th, a Warner Bros romantic drama airs on TCM (Turner Classic Movies). It doesn't get a lot of mention when folks discuss the films of its two leading stars -- Gary Cooper and Ingrid Bergman -- however, it's interesting to watch. You get a sense of how the studio system regarded Black actors. The first Black performer nominated for an Oscar was Hattie McDaniel for the 1939 classic, GONE WITH THE WIND. The next Black performer to get an Oscar nomination was Ethel Waters for her dramatic performance as the poor, uneducated grandmother to Jeanne Crain's light-skinned nursing school character in 1949's PINKY. 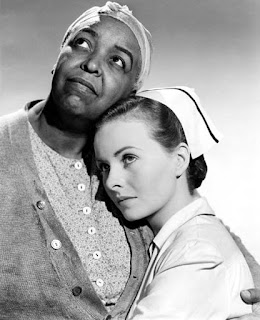 Both McDaniel and Waters were nominees in the Best Supporting Actress category.

In between GONE WITH THE WIND and PINKY, there was another performer who got an Oscar nomination for playing a Black character. A white British actress who had played England's Queen Elizabeth in two films and starred as one of the nuns in 1946's BLACK NARCISSUS, was covered with dark make-up and played a Black Haitian maid in SARATOGA TRUNK. 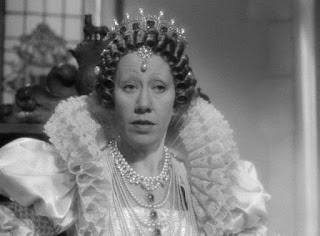 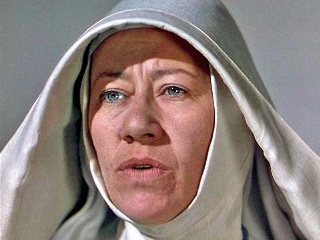 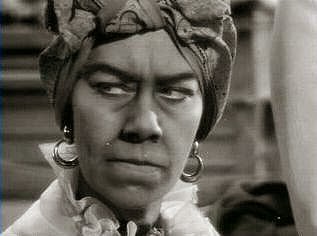 The actress, Flora Robson, got a Best Supporting Actress Oscar nomination for her performance.

I wonder if Ryan Murphy knows this Hollywood fact.

If the role of the Black maid was good enough to bring an actress an Oscar nomination, why didn't Warner Bros give the role to a Black actress? By 1950, four actors had received Oscar nominations for playing Black characters. The actors were Hattie McDaniel, Flora Robson, Jeanne Crain and Ethel Waters. Only two of them were Black.