My comedian/actor friend, KEITH PRICE, and I have been doing a podcast that I beg you to hear once in a while.  If I say so myself, we are fun and pretty well informed as we bring you a different view on the arts -- new and old.  Just today, I watched GOOD MORNING AMERICA and, during its last half hour, I said "They need to hire me as a segment producer." Here I am on the set of cable TV film review show, about to go on as a guest critic. 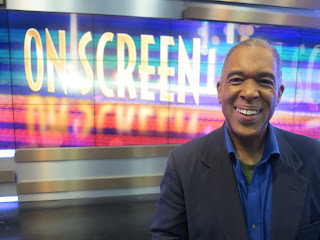 Michael Strahan and Lara Spencer were interviewing Josh Hutcherson, young star of FUTURE MAN on Hulu.  They showed a clip.  Who was opposite him as the mother in the clip?  Glenne Headley -- the wonderful actress who starred as Tess Trueheart in DICK TRACY (1990) and starred with Michael Caine and Steve Martin in DIRTY ROTTEN SCOUNDRELS.  She died in June of this year.  Michael Strahan and Lara Spencer didn't know that.  Then Amy Robach interviewed Joely Fisher, sister of the late Carrie Fisher, about her new memoir.  Amy mentioned Joely's mom -- but she didn't seem to know that Connie Stevens (once married to Eddie Fisher, Carrie's dad), was an ABC network TV star back in the day on the hit private eye TV series, HAWAIIAN EYE.  Joely was a regular on the landmark Ellen DeGeneres ABC sitcom, ELLEN. 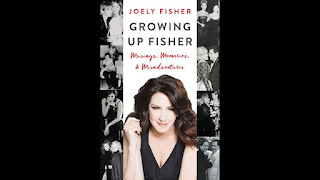 In host notes, I would have written for Strahan and Spencer to mention the late Glenne Headley when they came out of the clip for FUTURE MAN.  I would've had Amy Robach intro Joely as being a one-time member of the ABC prime time family --- just like her mom.  Robach mentioned that Joely's mother once had an affair with Elvis Presley, but she didn't set up that Connie Stevens was also a TV and movie star.  I would've given her that info. 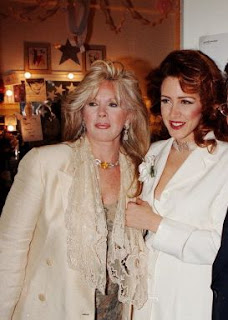 But that's just me.

One stimulus that prompted Keith and me to do the podcast is that fact that you have rarely seen racial diversity in the field of film and theater reviewers on network news programs or other programming.  Did you ever see a weekly African American film critic on one of the network morning news programs?  How many times you have seen a black person on TV review a Broadway or off-Broadway play?  When cable's AMC was American Movie Classics, did you ever see a black person as one of the regular film hosts?  How many times have you seen an African American guest host or co-host on Turner Classic Movies?  Early this year when ABC's GOOD MORNING AMERICA was the only place where you saw the live announcement of the Oscar nominations, neither one of the white male national entertainment reporters on the GMA set (Chris Connelly and Jess Cagle) knew that Viola Davis had just become a groundbreaker with her third Oscar nomination -- thus making her the most Oscar-nominated black actress in all Hollywood history. Nor did they know that Denzel Washington had just become the most Oscar-nominated black actor in Hollywood history.  They mentioned Meryl Streep's 20th nomination.

Here's a short video I posted on YouTube two months before the Oscar nominations were announced on ABC:
Here's my friend/producer Keith Price when he was on Sirius Radio. Yes, he's with the legendary Carol Burnett plus Tim Conway and Vicki Lawrence from Carol's classic CBS variety series. 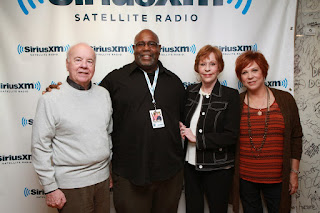 The arts thrive on diversity.  Just as they thrive on that, there must also be diversity in the discussion of the arts.  The podcast is called MOCHAA (like mocha the flavor) and it stands for Man Of A Certain Hue And Age.  Let's face it.  Being black and AARP-eligible has a big ol' impact on our views and reviews.  Hear us out!  Check out our podcast at:
www.mochaa.podomatic.com.