A Lesson via Burt Lancaster

I often get irritated watching some young entertainment reporters interview stars of film and stage.  Especially film.  I'm sorry, but asking someone like Meryl Streep "Who did your dress?" when she's one of the few actresses in history who has received more than one Oscar nomination for a performance in a film directed by a woman is just lazy.  Do your homework and ask an intelligent woman a good, obviously researched question.  (That is exactly how I felt one year watching the Oscars® and Meryl Streep was indeed asked that question on the red carpet.)  I want to share the benefits of doing homework as it relates to Burt Lancaster. 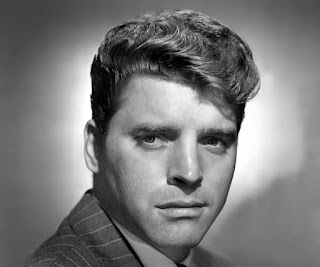 Lancaster filled the movie screen with his presence.  He was thrilling to watch in classics like FROM HERE TO ETERNITY.... 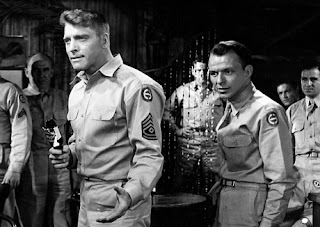 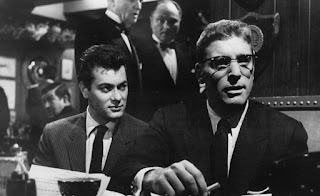 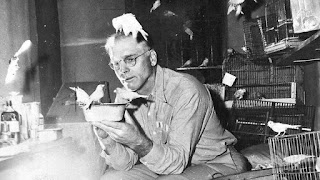 SEVEN DAYS IN MAY, THE TRAIN, THE SWIMMER, ATLANTIC CITY and FIELD OF DREAMS.  He won the Best Actor Oscar® for 1960's ELMER GANTRY. 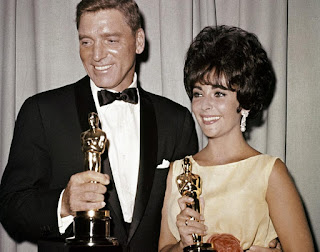 Nowadays, there's Google.  Folks can log onto Google and, from there, go to Wikipedia and IMDb to find some mostly correct information.  When I started in the TV business, we didn't have today's advanced technology or those sites.  I went to libraries and bookstores for more research before doing celebrity interviews.  I read a lot of magazines and I watched talk shows.  I wanted to host a talk show.  And I did.  On VH1 in the late 80s.

I cannot tell you how many times I paid to see KISS OF THE SPIDER WOMAN when that remarkable film was in theatrical release.  I was new to New York City at the time.  The power of that film, plus the performances, just went through my veins like a shot of an energizing wonder drug.  I so loved the movie and its production values that I stayed through the closing credits.  I loved the original music score.  Raul Julia as the tortured macho Latin American revolutionary thrown into a prison cell with a gay man who worked as a drag queen was outstanding.  So was William Hurt as the drag queen who doesn't fully grasp how the politics around him have imprisoned his spirit.  Click onto this link and see a KISS OF THE SPIDER WOMAN trailer:  https://youtu.be/8ljMaR_hSaU.

For 1985's KISS OF THE SPIDER WOMAN, William Hurt became the first man to win the Best Actor Academy Award for playing an openly gay character. 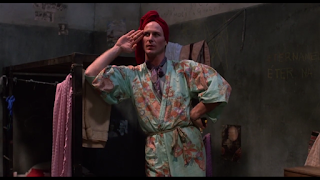 In the closing credits, there was a special thank you to actor Burt Lancaster. When I saw the movie a second and third time, I noticed that Lancaster was not listed as one of its producers.

For VH1, I interviewed William Hurt when he was promoting 1988's THE ACCIDENTAL TOURIST.  During the interview, I asked him why Burt Lancaster gets a thank you well into the closing credits for KISS OF THE SPIDER WOMAN.

William Hurt told me that he had replaced Burt Lancaster in the role.  That was something I never expected to hear.  The veteran screen star was slated to play the gay character and had begun pre-production work.  But Lancaster had to withdraw for health reasons, so said William Hurt.

I would not have found that out had I not stayed through the closing credits and read something that made me curious.  I brought up that fact about Hurt replacing Burt in my VH1 studio interview of Raul Julia.

Burt Lancaster.  One of my favorites. And he was bold enough to accept the challenge to play an imprisoned drag queen in Latin America.  Hurt also told me in my VH1 interview that Lancaster was so supportive of the independent film directed by Hector Babenco that he was thanked in the closing credits for his enthusiastic support.  And there you have it.

Do your homework.  Be curious.  Ask original questions.  Be original.