Friday, November 17th.  As usual, I was watching the network morning shows.  I wanted to catch the last half-hour of GOOD MORNING AMERICA because actor Armie Hammer was slated to be a guest and talk about his new movie.  OK, let me tell you about that movie first.  It's based on a celebrated novel.  The title of the film is CALL ME BY YOUR NAME. 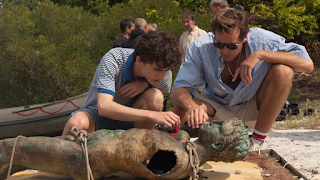 Over the summer, I noticed glowing reviews for it showing up on social media.  Many of these excellent notices came from female critics who wrote about how lyrical and emotionally satisfying this film is.  I am so eager to see it because, frankly, those were Oscar reviews that I read.  Those were the kind of reviews that make a movie an Oscar contender.  Across the board, all the reviews told you that the story takes place in the 1980s, in Italy, and that a talented 17-year-old male develops romantic feelings for a male doctoral student he meets through his academic father.  This tale of young love unfolds against a gorgeous Italian landscape.  Armie Hammer plays the doctoral student. 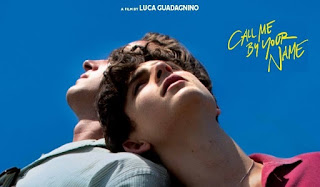 There sat Armie Hammer, totally charming with the GMA anchors as he talked about his family's holiday plans.  Then, one of the anchors finally brings up the movie.  We didn't get a clip with the audio up.  We saw him rockin' out -- his character dancing at a music concert.  The GMA crew talked over that clip and asked Armie about his lovably awkward dance moves. 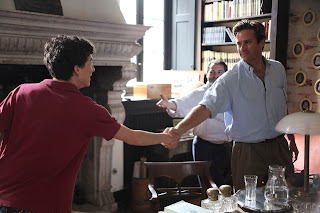 Then Robin Roberts mentioned that she saw the movie, praised it and described it to the viewers and the studio audience as a story of "young love."  There was no mention of a same-sex romance angle at all.  So...with the dance clip that GMA showed, a clip that got laughs from the audience...and the description of the movie being about "young love," you might think this is a mainstream romantic comedy -- like something starring Emma Thompson and Ryan Gosling. 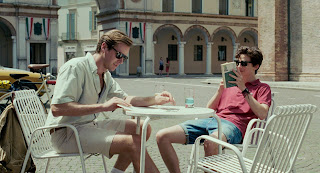 Was ABC/Disney afraid of something?  I have been a GMA fan for decades.  I have worked on morning news programs in New York City.  There is a way of writing a more accurate, non-generic description of a critically acclaimed dramatic film that will not "shock" a morning show audience.  I could have written that description.  Also, this is a morning show that brings on contestants from THE BACHELOR and THE BACHELORETTE, a prime time show in which young attractive contestants who claim to be looking for marriage get drunk, get naked and use such foul language that they have to be bleeped.

After he won his first Oscar, for PHILADELPHIA, Tom Hanks and I talked about Hollywood's resistance to hire openly gay actors.  Straight actors were warned about playing gay characters for fear they'd be stereotyped and would not get as many employment opportunities in the future.  William Hurt for KISS OF THE SPIDER WOMAN (1985) and Tom Hanks for PHILADELPHIA (1993) were trailblazers and broke ground winning Oscars for playing openly gay actors.

Now we have straight actors unafraid to play gay characters on network TV and on film.  Heck, look at the other actors who went on to get Oscar nominations for playing gay men -- Greg Kinnear in AS GOOD AS IT GETS, Javier Bardem in BEFORE NIGHT FALLS, Sean Penn in MILK, Philip Seymour Hoffman in CAPOTE, Heath Ledger and Jake Gyllenhaal in BROKEBACK MOUNTAIN and Colin Firth for A SINGLE MAN.

I was really surprised that a network morning news show, with an openly gay anchor, took such a timid approach in 2017 to a mature new film that's gotten great reviews here and in Great Britain.  This timidity came at the end of a week in which actor Terry Crews was live in the GMA studio to talk about his sexual misconduct allegations against a male Hollywood agent.  Crews said, "He touched my junk!"  But CALL ME BY YOUR NAME got a generic description.  That irked me.  Here's a trailer for the film:
CALL ME BY YOUR NAME opens November 24th.
at November 17, 2017