He may not be a famous Hollywood actor whose name and face you know -- like a Tom Hanks, George Clooney, Denzel Washington and Brad Pitt.  But he is an actor who always delivers and, like those guys, deserves to rack up an Oscar nomination one day.  I was home, turned on a cable station and saw John Ortiz and Philip Seymour Hoffman in a 90-minute indie movie called JACK GOES BOATING.  Hoffman's performance made me say, "Damn...he died way too soon."  John, who I've seen in several roles over the years, is at his best in this film.  He was so moving, so connected to his character that I wondered who directed that fine work out of him.  The answer?  Philip Seymour Hoffman was the star and also the director.  Hoffman and Ortiz play limo drivers in it.  Hoffman is Jack.  Ortiz is Clyde.  The drivers are best friends.  Clyde and his wife set Jack up on a blind date. 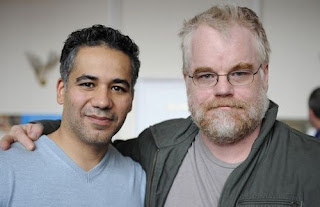 We see the messiness of ordinary life and matters of the heart that make relationships memorable.  Jack is a big shaggy dog of a guy who drives out of the usual lane of his life to take swimming and cooking classes.  Clyde has a complicated life and marriage. 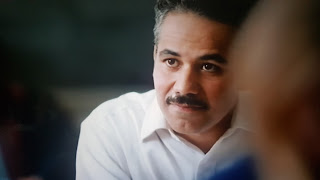 Onstage, one may have to play emotions big so all the audience members can see them.  Not so with film.  Onscreen, you can do less.  You keep your inner life active.  A thought will register in your close-up and the viewers can see your inner activity.  With that said, you really need to see the John Ortiz performance.  All the pain, hope, confusion, humiliation and love in Clyde's soul register in John Ortiz's eyes.  He's got a big personality to the public, but we see the little breaks in his heart that he tries to hide from public view.  And there's humor.  The limo driver enters a deluxe hotel because he needs to use a restroom.  You see Clyde stand still, absorbing all the luxury he sees, all the kind of material things he doesn't have, and you feel the lack he must be feeling.  And then he finds the men's room.  Here is this working class guy who drives high-tone folks around town, he uses the men's room and the men's room attendant assumes he's an upscale dude.  And expects a tip.  The look on Clyde's face broke me up laughing.  I knew exactly what he was feeling.  In a Hollywood big studio comedy, that scene would've had dialogue making all the feelings obvious.  Dialogue wasn't needed.  Ortiz has great economy with his acting.  He knows the art of being still and bringing the viewer into the character's emotions. 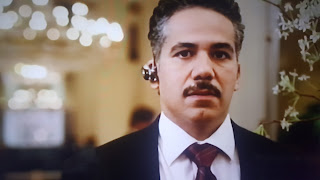 I first saw John Ortiz in a New York City performance art space in a comedy show.  Actress/comedian Kim Coles was a regular on the LIVING SINGLE sitcom.  She did a one-woman comedy revue that opened with a funny musical number.  John Ortiz was one of her back-up chorus boys.

That was in the early 90s.  John went from getting laughs and dancing behind Kim Coles to landing film work that gave him an extensive list of credits.  I saw him in CARLITO'S WAY, AMISTAD, BEFORE NIGHT FALLS, AMERICAN GANGSTER and SILVER LININGS PLAYBOOK.

John Ortiz is a knockout as Detective Torres in THE DROP, the last movie from the late James Gandolfini and co-starring Tom Hardy.  It's a good, solid crime mystery.  Ortiz is also a standout in STEVE JOBS as the magazine journalist in that biopic starring the Oscar-nominated Michael Fassbender as Steve Jobs.

JACK GOES BOATING is the only movie that the gifted, late Philip Seymour Hoffman directed.  This is the film adaptation of a play.  Hoffman and Ortiz were in the play.
I haven't seen all of the big screen films John Ortiz has done.  But every time I see him in a big screen performance, he's always worth the price of the ticket.  I just wanted to tip my hat to a mighty fine actor.