Turner Classic Movies (TCM) aired the beautifully restored edition of SPARTACUS recently, the 1960 epic directed by Stanley Kubrick.  Kirk Douglas starred as the rebellious slave seeking freedom for himself and fellow slaves back when the corrupt Roman Republic ruled and Julius Caesar was a young senator.  I hadn't seen this classic in a while and I watched it.  I watched it fully engaged.  I stayed off social media.  I watched it as if I was in a theater.  The surprise?  As many times as I've seen it already, I discovered more things about it I'd not noticed before.  My late father loved SPARTACUS.  He saw it when it was new.  I've never heard any TCM host mention this, but Dad always felt that SPARTACUS had strong overtones to America's history of slavery and the Civil Rights Movement which was gaining strength at the time.  Come the summer of 1963, there would be Dr. Martin Luther King's March on Washington for equality.  Black moviegoers could relate to the Spartacus fight for freedom. 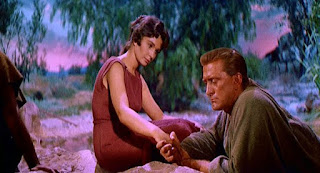 Another thing that gripped me even more than before was the rich performance given by Jean Simmons as the woman Spartacus loves.  She's also a slave.  Romans put them together like a pair of animals expected to breed.  Slaves were sold and treated like animals.  Through her love, we will see the humanity of Spartacus and, thus, the evil of slavery.

She will become his wife and share his dream of freedom.  I have been a Jean Simmons fan ever since I was a kid.  I feel that her screen excellence in her long film career deserves re-appreciation.  Remember back in 1980 when Brooke Shields had a hit with that tropical teen romance/drama, THE BLUE LAGOON?  Well, that was a remake.  The previous version was a 1949 British film starring Jean Simmons.  This was after her exotic work in 1947's outstanding BLACK NARCISSUS, and after she'd played Ophelia in 1948's HAMLET directed by and starring Laurence Olivier.  HAMLET took home Oscars for Best Actor and Best Picture. 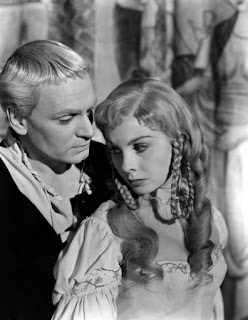 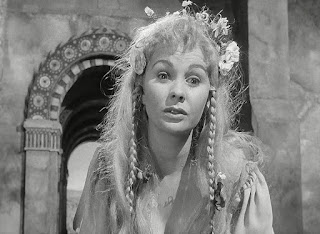 I loved me some Elizabeth Taylor.  Yes, I did.  She won the first of her two Best Actress Oscars for her performance as the high class gorgeous call girl who speeds to a dead end when she falls in love with one of her clients.  He's a married man.  Gloria in BUTTERFIELD 8, released in 1960, was provocative role someone who'd been a child actress in family films, a teen in family films and grew up to play sexually experienced women like Maggie in CAT ON A HOT TIN ROOF.  Taylor racked up five Best Actress Oscar nominations in her film career.

Jean Simmons got only one Best Actress Oscar nomination in her long, impressive film career.  She was robbed.  Jean Simmons blended sexuality with intellect, passion with poise, and steeliness with a sweet vulnerability.  She was a marvelous dramatic actress and a beauty.  She should have been in the Oscar race for Best Actress of 1960.  She gave a regal quality to her slave role in SPARTACUS.

That same year, she was magnificent as Sister Sharon Falconer, the beautiful evangelist who acquires a large following and attracts a lusty con man named ELMER GANTRY.  All the screen qualities I mentioned about Jean Simmons in the previous paragraph are all on display in this performance. 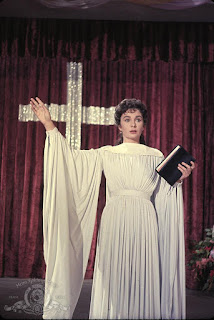 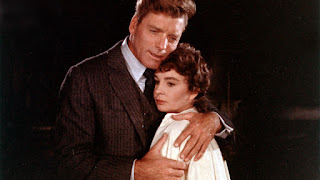 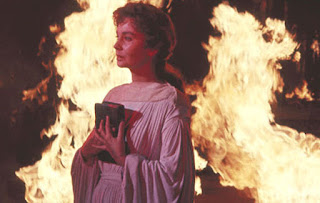 You feel her sexual passion and conflict, you feel her religious fervor.  Burt Lancaster won the Best Actor Oscar for this film.  Shirley Jones won Best Supporting Actress for playing a tough-as-nails hooker who had a hot time Elmer Gantry before he became a popular preacher. 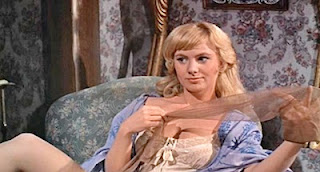 Simmons should have been up for an Oscar too.  Her one Best Actress Oscar nomination came for the 1969 marital drama, THE HAPPY ENDING.  Shirley Jones had a supporting role in that film also.

As much as I love Elizabeth Taylor...Jean Simmons was extremely worthy of some Oscar nomination attention for 1960 too.  ELMER GANTRY and SPARTACUS.  Wow.  She was great in both.  Here's a clip from ELMER GANTRY after Elmer helps the innocent Sister Sharon defend the honesty of her work when questioned by a skeptical newspaper journalist.
See?  Jean Simmons was a terrific actress.