It's Father's Day.  It's typical to see film lovers and film critics online post a list of favorite movies to watch on Father's Day.  On the list are features with great father figures such as Atticus Finch in TO KILL A MOCKINGBIRD, Robin Williams as the divorced dad who becomes MRS. DOUBTFIRE or Will Smith as the unemployed parent determined to take care of his little boy in THE PURSUIT OF HAPPYNESS.  There's a film that moves me so much thanks to its fine direction by Mira Nair.  Couple that with the memorable performance by Irrfan Kahn as the loving immigrant father in New York who endured extreme hardships on his journey to America from Calcutta.  I paid to see this movie at a cineplex when it was new.  When the movie ended, I felt like writing a thank you note to director Mira Nair.  What a beautiful job she did with THE NAMESAKE. 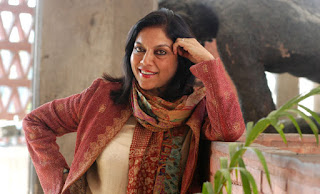 As for actor Irrfan Kahn, you may not know his name but I'm sure you have seen him in other films.  He played a brute of a police inspector in SLUMDOG MILLIONAIRE and he had a role in JURASSIC WORLD. 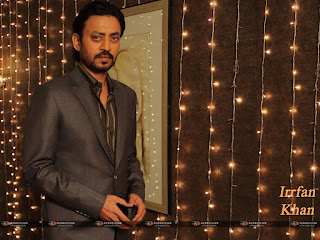 In the film adaptation of THE NAMESAKE, you not only see the immigrant experience but you also see a story about that moment when you, as an adult child, discover more about a parent or your parents.  We grow up seeing Mom and Dad as older people who tell us when to do our homework, when to go to bed and what time we have to be home by if we don't want to get grounded.  It doesn't occur to us that they were once young people who experienced dreams and disappointments, love and heartbreak, success and failure.  All those experiences inform the quality of their parenting and the love they give you.  In THE NAMESAKE, popular film and TV actor Kal Penn stars as the first generation American-born son who is doing pretty well for himself in New York City.  Can he carve out his own identity and also blend in some of the ethnic culture and traditions that live on in his father?  Here's a trailer for THE NAMESAKE.
Ashkoke Ganguli, so wonderfully played by Irrfan Kahn, is as much a loving film father as the ones I mentioned in the opening paragraph.  And you don't have to be of Indian background to connect to and to be touched by this tender story.  Word of mouth from friends in my neighborhood prompted me to see THE NAMESAKE in 2007 while it was still at the local cineplex.  I'm very glad I did.  Again, thank you to Mira Nair.