A prison chain gang.  The physical abuse of prisoners. Homelessness. Poverty. Greed. A gruesome railroad death.  These are all elements in one of my favorite classic comedies.  It makes me laugh.  And it makes me cry.  It's SULLIVAN'S TRAVELS, the 1941 classic written and directed by the extraordinary Preston Sturges.  You can tell by the opening credits that you're in for a fable -- like Jonathan Swift's book, Gulliver's Travels.  The Preston Sturges movie stars Joel McCrea as rich Hollywood movie producer, John L. Sullivan, and Veronica Lake as The Girl. 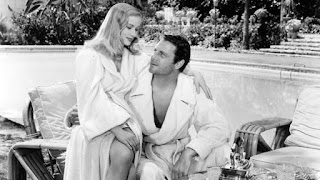 I feel like I have grown up loving this movie.  When I was a kid in Los Angeles, local TV stations were attached to movie studio libraries and frequently aired the studios' old movies as midday, night time and late night entertainment.  We didn't have cable, DVDs and dozens of channels then.  We had "The Million Dollar Movie," "The Late Show," and "The Late, Late Show" with movie presentations on local television.  KTLA/Channel 5 was hooked up to Paramount Pictures.  I saw Preston Sturges comedies a lot on TV during Christmas and summer vacations. I loved the screwball rhythm of his classic comedies, the lively performances, the snappy dialogue and the highly original situations that confronted his characters. 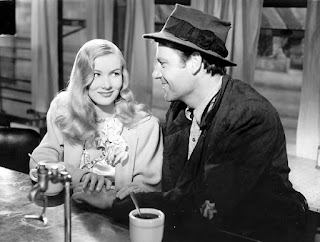 In Sullivan's Travels, a top Hollywood producer eager to have his "panther woman" wife grant him a divorce is tired of producing comedies and musical comedies.  The world's in a mess and he wants to make socially relevant drams.  He's acquired the rights to a bleak novel called "O Brother, Where Art Thou?"  (Keep in mind that this is an original screenplay by Preston Sturges.)  His studio bosses want him to produce another comedy hit.  They also remind him that he's had a privileged life and knows nothing about living below the poverty line.  He decides to go out into the world, with no cash on him, dressed as a hobo, to see if he can survive.  He then meets a beautiful blonde who's given up dreams of a Hollywood movie career and plans on heading back to Chicago.  She sees the "hobo" in a diner and buys him breakfast.  That's the beginning of a wacky and wonderful -- and heartwarming -- journey they will take together. 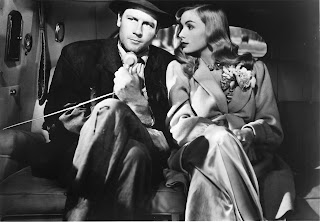 In the opening credits, Sturges dedicates this movie to everyone, every entertainer who's tried to make us laugh.  There's tall, lanky John L. Sullivan, dressed as a tramp and headed down a highway -- like Charlie Chaplin, "The Little Tramp" of silent film fame. 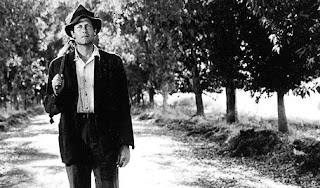 Before embarking on his great experiment, he gets words of wisdom from his butler.  His butler has known poverty. He politely issues this warning:  "Poverty is not the lack of anything, but a positive plague, virulent in itself, contagious as cholera, with filth, criminality, vice and despair as only a few of its symptoms."

The butler, as we'll see, is correct.  This movie has so many laughs, such as fast pace, and then there's a sequence that runs about six or seven minutes -- without dialogue.  Just music.  We see Sully and The Girl dressed as tramps.  Homeless people.  They have no money and must survive as best they can.  They're hungry and dirty and tired...with others who are the same. 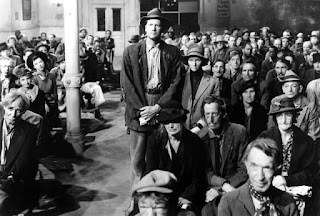 In those revealing moments without dialogue, comedy master Sturges shows us that poverty does not discriminate.  It accepts you regardless of race or age.  Sadly, it brings people together.

Sully will learn even more before he gets back to Hollywood.

I got hit hard by the Great Recession.  Although I have had network TV jobs and worked on national radio, I never made big money.  But I love performing.  I never made more than $55K annually on any TV or radio job I've had since 1999.  Honestly, I probably could've made more money if I was an electrician or a landscaper.  With my income, I helped a couple of relatives and I had a humble studio apartment in New York City.  In 2008, a bunch of us got laid off.  I was out of work for almost a year.  I'd never been out work that long.  I got another job.  Another layoff came within the same year I started that job.  I was out of work for so long and I was so broke that I lost my once-affordable studio apartment and had to part with most of my belongings.  I'd used much of my savings and emergency fund to take care of my mother.  A buddy in San Francisco offered me a spare room at his place and a chance to start over.  I took it.  Then I couldn't find work there for months.  Technically, I was -- and still am -- below the poverty line.  In San Francisco, I applied for jobs ranging from restaurant bus person to shop clerk to TV news contributor at local stations. San Francisco had been hit by the Great Recession too.  Thank Heaven, I had a few friends there.

My spirit had been beaten down.  If I did get a day of work here or there, I'd take some money and see or rent a movie. Usually a comedy.  When I saw people asking for money on the street, I thought to myself "There, but for the grace of Heaven, go I."

I saw Sullivan's Travels on TCM and tears welled up in my during that dialogue-free sequence.  I felt it more.  It touched me in a deeper place.  It was like seeing it for the first time.  And then the absolutely loopy and imaginative ending had me laughing out loud.

Years ago, when times were better in New York City, I went to my local DVD rental store.  I chatted with another customer about Coen Brothers movies.  I mentioned how major an influence Preston Sturges had on them.  Look at Tim Robbins playing an Eddie Bracken in The Miracle of Morgan's Creek-type of character in The Hudsucker Proxy. Look at the Coen Brothers film entitled O Brother, Where Art Thou? -- the same title as the book Sully has in Sullivan's Travels.  The customer said, "Yeah,  but the big difference is...the Coen Brothers don't like people."

That really hit me.  But, when I thought it, I agreed.  They've given us excellent films but there's a coldness to them.  Fargo, No Country For Old Men, Barton Fink -- not packed with characters you'd buy ham and eggs for in a diner.  Preston Sturges cared about people.  He liked them.  He liked making them laugh.  He appreciated those who made him laugh.  In Sullivan's Travels, there are sweet mentions of directors Frank Capra and Ernst Lubitsch.  He shines a spotlight on the work of Walt Disney.  He shows that Disney's work, and comedy in general, can be more healing to the beaten down soul than the shaming sermons of organized religion in church.  And writer/director Preston Sturges made us laugh.  In Sullivan's Travels he gives us big laughs, heart and warmth.

I'm still looking for work.  I'm again living temporarily in a friend's spare room.  This time in New Jersey.  I had more days of freelance employment last year than any year since 2010.  My spirit is resurrecting.

Now I get tears of joy in my eyes at the end of Sullivan's Travels when Sully says, "There's a lot to be said for making people laugh.  Did you know that's all some people have?  It isn't much, but it's better than nothing in this cockeyed caravan." 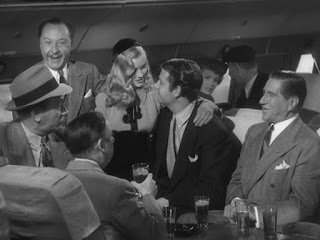 How true, how true.  What a great movie.  A genuine classic.  It's 75 years old.  Still funny and still relevant.  And how it's lifted me up and when I was down.  If you've never seen it, rent it.

Thanks to The Retro Set for reminding us that Sullivan's Travels was released on this day in history in 1941.  Find The Retro Set, an entertainment site, on Facebook or on Twitter: @the_retro_set. 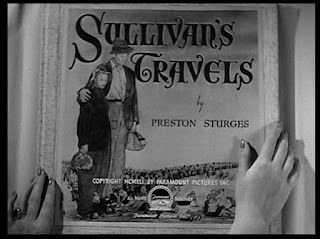