Bear with Leo in THE REVENANT

Back in 1972, Robert Redford went all scraggly and played a mountain man called JEREMIAH JOHNSON.  He was a deserter from war and in a hostile environment.  He battles the elements and fights Indians to remake his life alone in the wilderness.  When I watched Leonardo DiCaprio as the frontiersman in the film that brought him another Best Actor Oscar nomination, I felt like THE REVENANT could've been called WHAT'S EATING JEREMIAH JOHNSON?  He's battling the elements, there were some warrior Indians, he's got very little dialogue and he's all scraggly.  And, yes, he does deserve his current Oscar nomination. 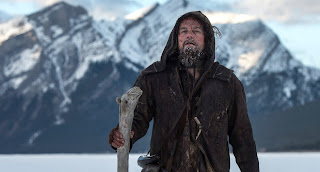 First of all, what is a revenant?  It's a person who has returned after death or a long absence.

Leonardo DiCaprio gives an outstanding performance as frontiersman Hugh Glass.  Director Alejandro Gonzalez Iñárritu gives an outstanding performance as director Terrence Malick (The Thin Red Line, The New World, The Tree of Life).  This is an extremely mystical film. It poses philosophical questions about survival and revenge and what the need for revenge does to one's spirit.  There's a bear attack scene that's one of the brutal and exciting scenes I saw in a 2015 film.  How that was shot, I don't want to know. I lost myself in the movie-making magic of that sequence.  There's a slight sexual overtone to that wild animal scene.  There's a moment or two when you can't tell whether it's an attack or a first date that went quite well.  A memorable movie scene. 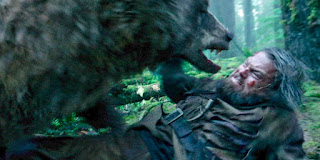 ABC News and Good Morning America entertainment correspondent Chris Connelly was in place on GMA when the nominations came out.  He felt that the Oscar nomination for British actor Tom Hardy was a surprise.  I disagree.  But I've disagreed with Connelly about an Alejandro Gonzalez Iñárritu film before this one.  Hardy is one flat-out brilliant actor.  Watch him in The Revenant as the villain, the man who wants to kill Hugh -- finish him off and leave the body.  Hardy sounds just like a character plucked right out of a classic John Ford western. 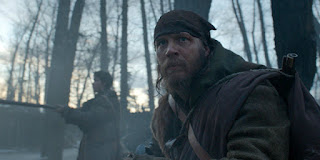 Now rent Bronson, an inventive psychological biopic drama about a notorious and highly violent British prisoner who changes his name to Charles Bronson.  He came from a socially upright middle-class family but wound up spending most of his adult life in solitary confinement behind bars.  Hardy is absolutely fascinating, frightening and occasionally funny in Bronson.  He burns up the screen.  He should've been a Best Actor Oscar nominee for his one-man tour-de-force in 2013's Locke.  He's the only person seen onscreen in that movie, playing a businessman on the road who takes phone calls while driving.  During the course of all those calls that reveal his personal drama, he decides which road to take in his life.  Hardy commands the screen for that entire film.  Critics raved about his performance.  Last year, critics practically did cartwheels over his leading man work in Mad Max:  Fury Road.  Couple that with last year's The Revenant .... and you've got Best Supporting Actor Oscar nominee Tom Hardy.  Here's what he looks like when he's not playing a grizzly man in the wild frontier. 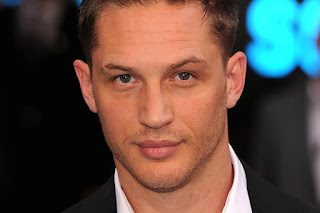 The director also guided Michael Keaton to a Best Actor Oscar nomination for Birdman, a backstage look at a movie actor attempting a comeback in a Broadway drama.  It took last year's Oscars for Best Director and Best Picture.  The Revenant got 12 Oscar nominations including Best Director and Best Picture.  Here's a trailer that's subtitled for foreign audiences.
The visuals are extraordinary.  The cinematography is rich and the acting is noteworthy.  But the movie is just too darn long.  The Revenant keeps you in the cold and snow for 2 hours and 36 minutes.  The director could have made all his points in 1 hour and 50 minutes.  I felt that same way about his 2006 drama, Babel.  It's a fine film but you do get that "Move on, you made this point already" feeling.  Babel clocked in at about 2 hours and 20 minutes. 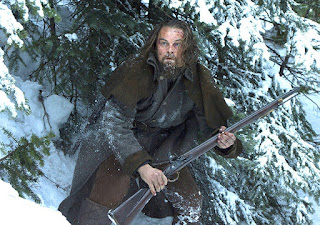 Admit it.  Leonardo DiCaprio has done some remarkable work over the years.  When I saw 1993's What's Eating Gilbert Grape?, I thought it was terrific that Hollywood found a special needs kid who could act.  That's how real young DiCaprio was in his performance.  Still, he's yet to take home some Hollywood gold.  Remember when he was Oprah's daytime guest to talk about his film, The Aviator?  Martin Scorcese's 2004 movie eventually brought Leo a Best Actor Oscar nomination.  Seated next to Oprah on her old daytime show stage, she gave her review of his performance this way:  She stood up and proclaimed, "Go get your Oscar, Leo!  Go get your Oscar, Leo!" And, of course, her Chicago audience erupted into wild applause.

And then, Ray, starring Jamie Foxx as blind singer/musician Ray Charles, opened.  Foxx got nominated for the Best Actor Oscar opposite DiCaprio for The Aviator.  Jamie took home the prize.  On her post-Oscars Hollywood special edition the day after the awards, Oprah hugged Oscar winner Jamie Foxx and said into his ear "I knew you'd win."

I really hoped Leo was watching Judge Judy instead of Oprah that day.  And I really hope he wins next month for The Revenant.  DiCaprio deserves the Hollywood gold.
at January 26, 2016