On THE BIG SHORT

"How can you sleep at night knowing that you are ripping off working people?" The character who is the moral compass of THE BIG SHORT loudly and assertively lobs out that question to someone energetic, smart and sadly fact-based drama.  You saw the comedy, ANCHORMAN: THE LEGEND OF RON BURGUNDY starring Will Ferrell.  That should play on a double bill with The Big Short.  Why?  Because both were written and directed by Adam McKay.  Both star Steve Carell.  In Anchorman, Carell played a member of a local TV news team.  In Foxcatcher, also based on a true incident, he was glacially creepy as a killer millionaire. The character acting work brought him a Best Actor Oscar nomination.  I think he's even better in The Big Short as the Wall Street guy who's the moral compass and heart of the movie.  As much as he shouts that America's housing situation with risky subprime loans is like the Titanic heading towards an iceberg, no one really listens to him. 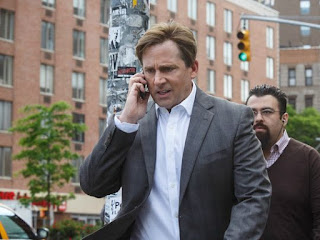 Hedge fund manager Mark Baum (Carell) seems to be a bit quirky.  He's vocal. He's assertive. He's annoying. But he cares and he's got a good heart -- one that's endured extreme heartbreak. He and his four co-workers discover that something bad is about to happen.  Something very bad.  Baum will speak up and speak out.  The people who should listen, don't listen.  He asks the hard, direct questions that journalists should be asking but don't. 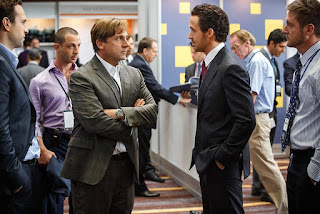 This is quite a departure from the loopy San Diego TV weatherman he played in Anchorman. 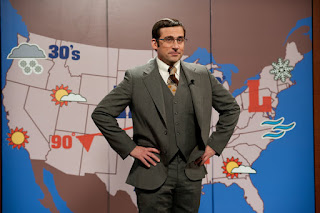 The movie has a strong cast.  Christian Bale is an Oscar nominee for his work as the socially awkward, barefoot, one-eyed financial whiz who realizes that the housing market being pumped full of risky subprime loans will lead to a colossal financial meltdown come 2007 or 2008.  But there's big money to be made in the bad loans.  No one pays attention to Mark Baum because the banking business, once seen as stodgy and dull, has gotten sexy and hip and greedy.  Ryan Gosling and Brad Pitt also star.  Here's a trailer.
Congratulations to Bale on his Oscar nomination, but it's  Carell who really wowed me in this picture.  In The Big Short, we have Christian Bale and Melissa Leo.  They won Best Supporting Actor and Best Supporting Actress for 2010's The Fighter. They don't have scenes together in this film.  Apart, they are outstanding again. Leo makes the absolute most out of her small but important role. Someone you do not see in the above trailer is actress Adepero Oduye as Kathy, one of the execs in the company with Marc Baum.  She had the lead role in a highly-praised 2011 indie movie drama called PARIAH.  She played a teen lesbian on the verge of going to college who comes out to her family.  In a black, middle class home with a working mother who'd love to have a Claire Huxtable-type of home life, this causes friction.  In a Los Angeles TV interview the night Meryl Streep won her third Oscar (Best Actress for 2011's The Iron Lady), she told the reporter that Kim Wayans should've been in the Best Actress Oscar race too for her performance as the mother in Pariah.  Yes, the same Kim Wayans who gos laughs on the TV sketch comedy, In Living Color.  Actress Adepero Oduye went on to be in the TV remake of Steel Magnolias.  She's excellent in The Big Short. 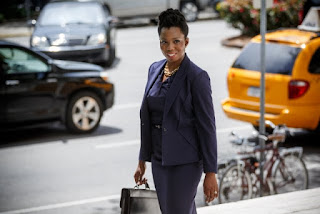 Adam McKay's Anchorman and The Big Short have similarities.  We see the male bonding of four men who work together.  They're outsiders in their corporate field, outsiders faced with a crisis in the workplace, and there's a chance for redemption.  And journalism is involved. 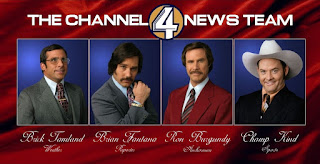 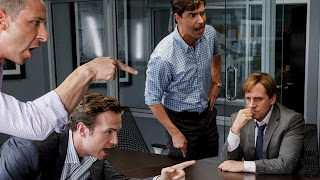 One movie is played for broad laughs, the other is a drama with touches of comedy.  But a drama nonetheless.  A global disaster darkens lives and, as one character in the movie says looking back on the preventable collapse, "...they blamed immigrants, poor people and -- this time -- even teachers."

I recommend The Big Short, based on the book of the same name.  It's good.  Bravo, Steve Carell and Adam McKay.  The Big Short is an Oscar nominee for Best Picture.