It's in the Oscar race for Best Picture and Brie Larson is a nominee for Best Actress.  In ROOM, she plays the mother of a 5-year old boy.  The mother and her little boy have been kept in isolation for quite some time. 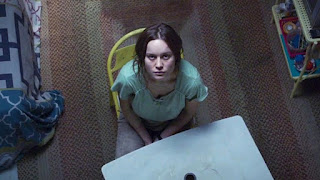 I don't want to tell you too much about it.  I avoided reading reviews because, nowadays, reviewers give away too much detail.  I will tell you that, throughout this physical and emotional deprivation, she is devoted to her little long-haired boy, Jack. 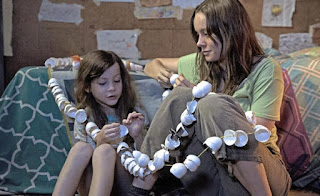 And Jack loves her right back.  Brie Larson breaks your heart with the difficult role, a role she plays so well.  Ironically, this abused woman who pushes herself to remain optimistic and strong for her son is named Joy.

You have got to experience that performance that young Jacob Tremblay delivers as Jack.  That is a complicated, emotionally demanding role.  It would be a daunting task for actors in their 20s to call up the kind of raw emotions that he does portraying a 5-year old kid.  Jacob Tremblay is 9 years old.  He's remarkable in the film.  You care about Jack and his journey.  You understand why he is the way he is.  You want things to get better for him.  And for his mother.  Here's a trailer for Room.
Brie Larson's previous film release of 2015 was the delightfully vulgar summertime hit comedy, Trainwreck.  Just like in Room, she dealt with relatives and dysfunctions that affected her relationship with those relatives.  Larson played the sister to Amy Schumer's character in Trainwreck. 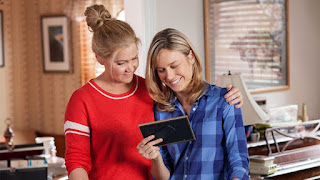 For as depressing a situation Joy and little Jack endure when first we meet them, Room is not a depressing movie. 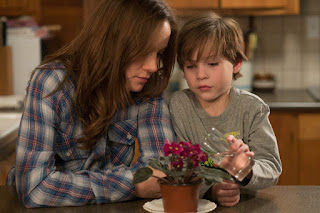 Room is about isolation, love, letting go...and embracing the great big world around you. 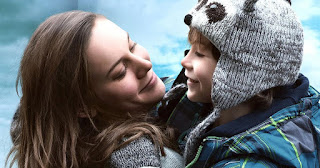