This is hard to believe.  An American in Paris, directed by Vincente Minnelli, won the Oscar for Best Picture of 1951.  Gene Kelly and Leslie Caron sang and danced to the music of George and Ira Gershwin.  The movie is a great big Technicolor musical bouquet of Gershwin standards and compositions.

George Gershwin wrote for Broadway and Hollywood.  Before his untimely death in 1937, George was nominated only once in the Oscar category for Best Song.  And he lost. 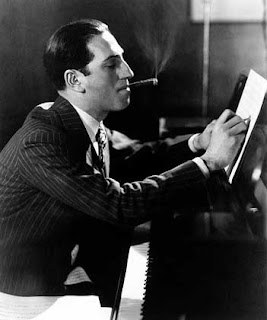 In my previous blog, I mentioned the Rebecca Luker recorded a jazz version of Jerome Kern's "The Folks Who Live on the Hill," a song introduced by Irene Dunne in the film High, Wide and Handsome.  That was eligible to be nominated for Best Song of 1937.  It wasn't.  The Gershwins wrote the score for a new Fred Astaire and Ginger Rogers original musical comedy -- RKO's Shall We Dance.  In it, Astaire introduced the lovely ballad, "They Can't Take That Away From Me." It's my favorite song. 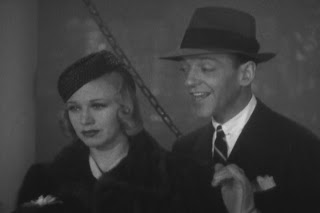 That song earned George Gershwin an Oscar nomination for Best Song of 1937 -- his only Academy Award nomination.  The winner was "Sweet Leilani" from Waikiki Wedding, a Bing Crosby musical comedy.  How many times have you heard a jazz singer do that tune?  Gershwin composed a terrific score for Shall We Dance, the sexiest and one of the best of the Astaire & Rogers RKO original musicals. Rent this DVD.  All those songs, all the ballet music, all the incidental music -- written for this film.  Brilliant. 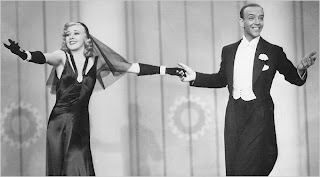 Besides "They Can't Take That Away From Me," this sleek musical also premiered the song "They All Laughed."  It's Fred and Ginger's first dance together in this movie. 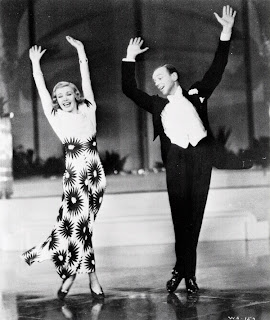 And there's the playful, "Let's Call the Whole Thing Off."  That dance number, an idea of Ginger's, was done on roller skates.  Yes, they made dancing on roller skates look easy. 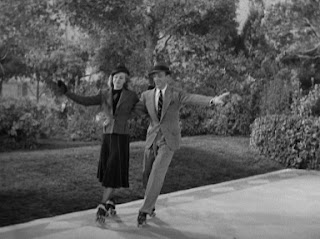 Those three songs written for Shall We Dance have gone on to become standards in the American Songbook.  And those were only three of the songs written for that film.  There were more.  Astaire and The Gershwins gave moviegoers another musical in 1937.  Fred took a brief break from Ginger.  He made A Damsel in Distress with non-dancer, Joan Fontaine, as his leading lady.  Fred's dear friend, George (middle), gave him more gems. 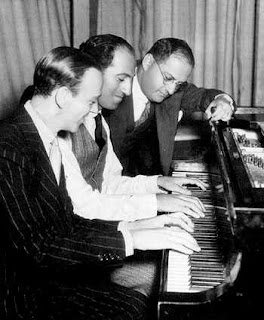 When Fred and his sister, Adele, were Broadway stars, they had great success in George and Ira Gershwin musicals in the 1920s.  For A Damsel in Distress, George and Ira wrote two snappy numbers for Fred to do with the movie's comic sidekicks, George Burns and Gracie Allen.  The big surprise was how nimble and graceful a dancer Gracie was -- like in the "Stiff Upper Lip" funhouse number.  She's a joy to watch. 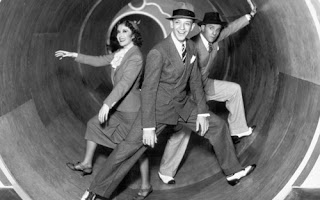 The story takes place in London with Astaire playing an American entertainer abroad.  He'll fall for a British lass.  Fred has a solo song, walking in time to the music.  His walk is practically a dance in itself.  The wistful new song he sings walking through British countryside (on a Hollywood backlot) is "A Foggy Day."  It's now a standard. 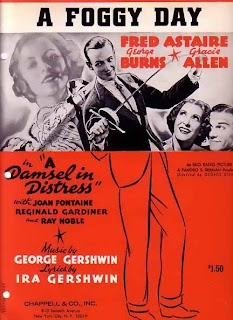 Fred ends the movie with true love and an absolutely fabulous solo dance number done with drums.  This song Astaire introduces is "Nice Work If You Can Get It." 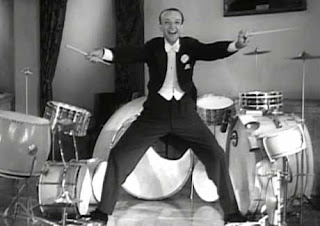 Not a single song from A Damsel in Distress was nominated for Best Song of 1937.  The winner was still "Sweet Leilani."

Before a brain tumor took his life at age 38, George Gershwin finished writing two numbers with his brother for The Goldwyn Follies that were eligible for Best Song of 1938 Oscar nominations.  But the songs didn't make the cut.  They were "Love Walked In" and "Our Love Is Here To Stay."  The winner was "Thanks for the Memory," introduced by Bob Hope and Shirley Ross in Big Broadcast of 1938.  It would become Hope's signature theme song.

Here's Fred Astaire's recording of "Nice Work If You Can Get It," a George Gershwin tune overlooked by Oscars.  Hard to believe George got just one nomination.  And lost.