A Kiss and A PLACE IN THE SUN

"Seems like we always spend the best part of our time just saying goodbye."
~Elizabeth Taylor as Angela Vickers in George Stevens' A Place in the Sun

Hollywood princess Elizabeth Taylor was breathtakingly beautiful in this masterpiece. In Stevens' production, she gracefully made the transition for movie star to actress in this tragic love story.  Hers wasn't the only beauty in this 1951 film.  I was a high school freshman the first time I ever saw A Place in the Sun.  It aired on TV.  It opens with a close-up of Montgomery Clift right after the credits.  When he turned around and faced the camera, I didn't quite understand why I was feeling what I was feeling.  While standing up, I felt like someone had just stolen my knees.  The camera loved his face.  I did too. 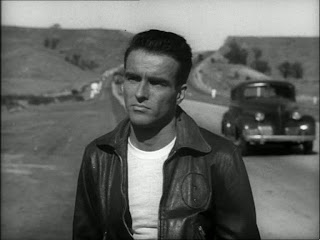 Director George Stevens gave us a story about social class in America.  George Eastman (Clift) is a poor guy with little education who wants to make something of himself.  He has a rich distant relative who may be able to give him a job.  He hitches rides to meet him. 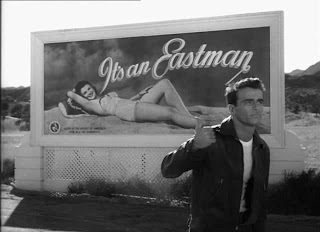 George has known hard times.  He hasn't known much love.  There's just his single Christian mother.  He's blocked by and frustrated by three elements in his life -- family, religion and class.  He wants to break free of the confines each has placed around him.  There is a light and dark side to George's ambition.  Then one night he sees gorgeous Angela Vickers, a rich and kind girl.  He's an outsider in her world.  He's in love with her. 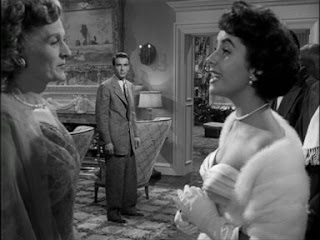 In English Lit. classes at school, we had to read F. Scott Fitzgerald's The Great Gatsby.  This was at the end of the turbulent 1960s and I attended a high school in Watts.  That South Central L.A. community made national headlines with several days of destructive race riots that brought the armed National Guard in to patrol our neighborhoods.  I got the point the teacher was trying to make with colors as symbolism in the Fitzgerald novel, but I couldn't connect to the characters.  I didn't care about Jay Gatsby's pastel-colored shirts or the green light at the end of Daisy's dock.   I wasn't the only one in class who couldn't connect to them.  We were teens in an economically depressed, predominantly black community in Los Angeles.  We could not understand the kind of wealth these people in Long Island, New York had for amusement.  They were in a world we didn't see, a world we were too young to grasp.  They were too hightone and chilly, like they were in aspic.  Jay and Daisy never came to life for us.  Years later when I attended a Midwest university and had met kids of privilege, I could understand the book a bit more.  I read it when I lived in New York and realized then its brilliance.  Thanks to TV in my youth, we high schoolers totally connected to George Eastman of A Place in the Sun.  He was one of us.  We understood his conflicts, his passions, his life.  We could see why he'd be driven to a certain point of madness to protect his love affair.

We were young men taught that an education would be our passport to privilege.  But we regularly heard about middle class white guys who could talk their way onto a Hollywood lot and wind up with a great job.  How come white guys could easily get gigs writing for sitcoms like Sanford & Son, but the black and Mexican-American fellows who lived in the characters' Watts area and studied hard couldn't even get an interview?  We knew what George Eastman would discover.  It's not always how hard you work, how diligently you train.  It's who you know.  Stevens shows this cinematically with one simple scene.  George falls for Angela.  It's love at first sight.  It will be mutual.  She will fall for poor George.  He's not like the oafish rich young men her family knows.  For all George's hard work and ideas at the factory, did his talents prove to be the ticket to privilege?  No.  It was being Angela's boyfriend.  At a party, they embrace.  When Angela holds George and slowly, romantically they dance from one room into another, he has just glided from one class into another.  It was as simple as that.  He's no longer the outsider.

At one party, their emotions spill out in a tender scene.  George has now been accepted.  It's an elegant formal party.  He's handsome in a tuxedo.  But can he escape his lower class past?  If I had to choose my "Top 5 Favorite Movie Kisses," this would be one.  There's Taylor, who practically grew up on camera, looking directly into it and darting off to escape its gaze.  There's Clift, the troubled gay man off camera who probably fell in love with Taylor a bit while making this film.  I would have.  I love this love scene.

This is based on the Theodore Dreiser novel, An American Tragedy.  Keeping that title, the story was first filmed by director Josef von Sternberg in 1931.  For me, this is a case in which the remake tops the original.  What a movie.  What a kiss.

See A Place in the Sun.  I highly recommend it.