Amy Adams and the Gang Member

Thanks to a dear longtime friend who is a respected Broadway pianist and music conductor, I had a great night in New York City early in December 2005.  Mark gave me a ticket to join some friends of his for the opening night of Chita Rivera: The Dancer's Life.  Love me some Chita Rivera!  It was such a treat to see that Broadway show with Mark's friends.  One in particular was an absolutely lovely gentleman.  Warm, witty, gracious, engaging and very down-to-earth.  He worked with current Oscar nominee Amy Adams.  His name is Harvey Evans and, if I'd been covering the Oscars telecast of 2008, I would have interviewed him.  He was in the show.  Another film Harvey worked in had earned Oscar nominations.  Did you see Amy Adams in Disney's 2007 musical comedy, Enchanted?  She played a fairytale princess hurled into the real world of New York City by a spell from an evil queen.  The sweet princess, given to song, does a number Central Park.  "That's How You Know" was nominated for Best Song.  Harvey sits next to her during the number.  He's the cool senior dude on the left holding the pen she borrows. 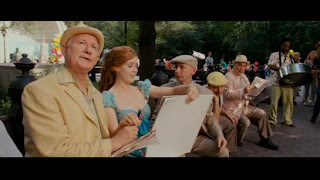 Harvey didn't stay seated.  Watch the clip.  See him have a musical lark in the park.

Harvey recreated his dance role for the production number when that Best Song nominee was performed during the Oscars.  Most of the people in the audience, probably millions of TV viewers, didn't know that they'd grown up watching Harvey's early dance work.  He was younger and still in the same part of Manhattan.  Look at the bottom corner on the right side of the photo below.  That's Harve against the chain link fence. 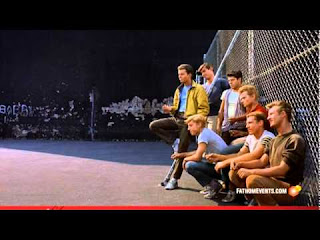 Now the top row, second from the left.  That's Harve again.  Yes, Harvey Evans was one of the Jets in West Side Story, Oscar winner for Best Picture of 1961.  It also won Oscars for Best Supporting Actor (George Chakiris) and Best Supporting Actress (Rita Moreno). 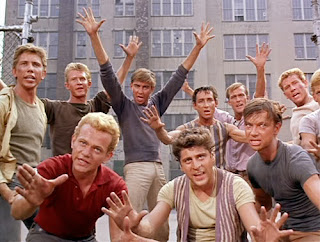 Harvey was in our party for opening night of Chita Rivera's one-woman Broadway show.  The two are longtime friends who shared a stage together.  They were both cast members in the original 1957 Broadway production of West Side Story. 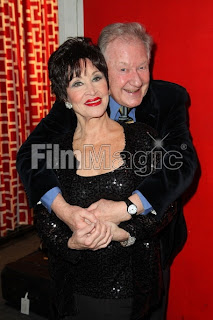 He was one of the dancers lucky enough to recreate his role in the famed film version. 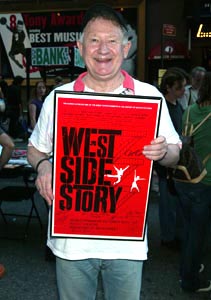 He was a Jet in the original 1957 cast of what became a Broadway classic.  He does the role in the Oscar-winning 1961 movie adaptation.  In 2007, he's still dancing.  He's in an original movie musical and repeats his dance character onstage at the Oscars in 2008.  That's pretty cool in my book.  When she was making Enchanted, I wonder if Amy Adams knew about the Broadway and movie history seated next to her in Central Park.  She's currently a Best Supporting Actress nominee for her performance as the hands-on wife of The Master, played by Philip Seymour Hoffman. 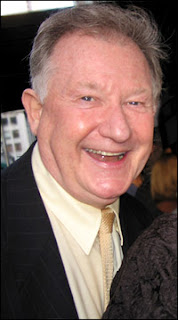 It's been announced that next months Academy Awards will have a salute to the movie musicals of the last decade.  That gives us Gerard Butler in The Phantom of the Opera, Dreamgirls and the Queen Latifah musicals -- Chicago and Hairspray. It also includes that simple, heartfelt, innovative gem called Once.  Sadly, it excludes all musicals starring Fred Astaire, Gingers Rogers, Judy Garland, Gene Kelly, Bing Crosby, Rita Hayworth, Frank Sinatra and Doris Day.  It cuts out all the musicals directed by Vincente Minnelli for MGM's legendary Arthur Freed unit.  It also cuts out other Oscar winning musicals like The King and I, Disney's Mary Poppins, My Fair Lady, Oliver!, Funny Girl, Cabaret...and West Side Story.

But that salute can include Enchanted -- also featuring Harvey Evans.