The Pope Is Leaving 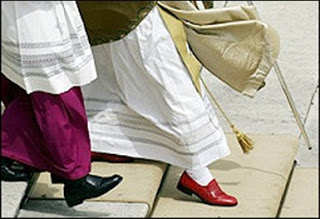 He gave two weeks' notice.  And he gave it verbally in Latin.  So some of the folks listening didn't even know he'd just quit because Latin is a dead language.  Except in Vatican City. 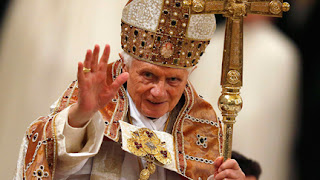 Two weeks' notice.  Like he's a manager at Kinko's.  Wow.  I'm Catholic.  When I awoke early yesterday morning and turned on the news, I couldn't believe I'd heard that the Pope quit.  He leaves at the end of this month.  Does he get to keep the wardrobe? 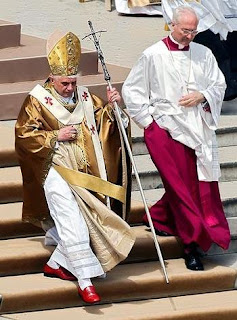 I still find it hard to believe that any grown man who had items like these in his closet was against equal rights for gay people and for women of either sexual orientation. 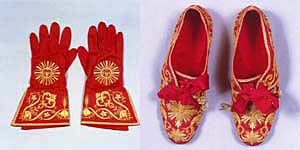 That is Papal Wear.  I saw it and thought, "Where have I seen matching gloves and shoes like that before?"  And then it occurred to me.  Before she was replaced by Betty Hutton in the movie, Judy Garland was slated to wear this outfit in the MGM musical, Annie Get Your Gun.  Here's a wardrobe test photo.  Notice the festive gloves and shoes. 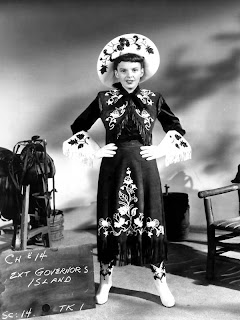 Of course, when we saw the Holy Father steppin' out in his Prada shoes, we always thought about Judy's most famous footwear fashion statement. 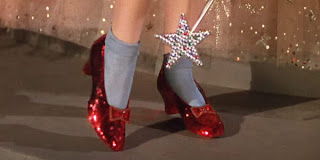 If only Pope Benedict could have been as kind and as embracing of diversity as Judy Garland was.

Come March, for the first time in centuries, there will be two living popes -- the recently-elected one and the one who quit.  The College of Cardinals is now seeking a new Pontiff.

If that's yet another gig that goes to Ryan Seacrest....