Where Is Linda Fiorentino?

She sizzled in The Last Seduction, a 1994 indie drama with a 1940's film noir attitude.  Linda Fiorentino picked up the torch from actresses such as Barbara Stanwyck in 1944's Double Indemnity and Kathleen Turner in 1981's Body Heat and ran with it. 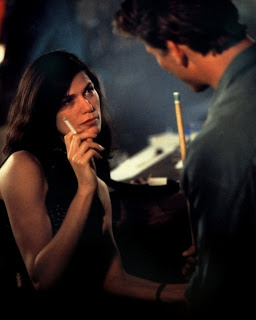 This was one smart, boldly sexy performance by a skilled new movie actress playing a hot-looking babe who's about as safe as a scorpion.  For The Last Seduction, she was a Best Actress nominee for the BAFTA Film Award, the British equivalent to our Academy Awards.  She was voted Best Actress by the New York Film Critics Circle. 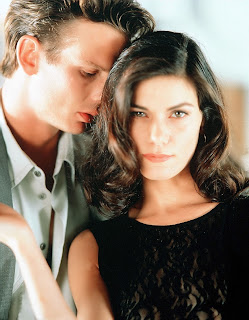 Linda Fiorentino was a terrific femme fatale.  Then, also like Stanwyck, she proved she was just as fabulous handling some goofy comic situations.  Think of Stanwyck's Christmas in Connecticut and Ball of Fire.  Fiorentino kept up with the guys and got big laughs as the Men in Black doctor.  With Oscar nominees Will Smith and Tommy Lee Jones, she tackled the situation of criminal space aliens in disguise in New York City. 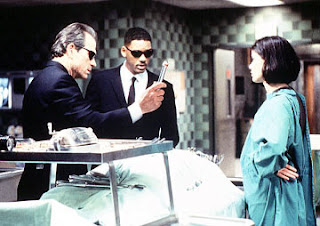 She was as delightful in this 1997 hit as she was dangerous in The Last Seduction. 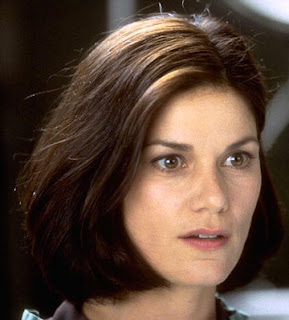 After I saw her Men in Black performancce, I thought Hollywood should utilize her like it did Barbara Stanwyck.  Not that I advocate remaking all the classics.  But, if anyone had decided to do yet another remake of Preston Sturges' The Lady Eve, Linda Fiorentino would've been perfect as the lovable vamp cardshark Stanwyck played. 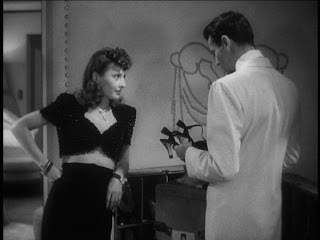 Not many actresses could switch easily from film noir to screwball comedy. 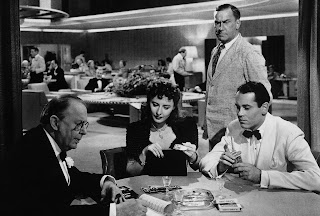 Stanwyck could.  I felt that Linda Fiorentino could too.  By the way, The Lady Eve was remake in the 1950s with musical numbers.  Mitzi Gaynor and George Gobel took on the Barbara Stanwyck and Henry Fonda roles.  Sturges rewrote his original screenplay.
David Niven co-starred as the dad of the duplicitous lady in The Birds and the Bees. 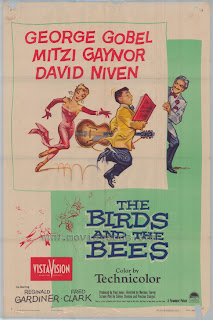 In 1999 and 2000, I hosted a weekly show on cable in New York called Metro Movies with Bobby Rivers.  Our show put a spotlight on a lot of independent filmmakers -- known and trying to become known.  We did a feature on the comedy, Dogma.  Fiorentino co-starred with Chris Rock in this 1999 satire about religious beliefs and behavior.

Again, she got laughs.  Kevin Smith wrote and directed this indie film.  Ben Affleck, Matt Damon, George Carlin, Alan Rickman and Salma Hayak are in it too.  The story revolves around two renegade angels on earth who are trying to re-enter heaven.

We interviewed cast members on our show.  Linda Fiorentino was just as and warm and funny in an interview as she was on film.  Where did she go?  Why didn't Hollywood do more with her?  Why isn't TV doing something with her?  I sure would like to know.