Michelle Pfeiffer Had a Point

Did you know that Michelle Pfeiffer was originally slated to play FBI agent Clarice Starling in The Silence of the Lambs?  Jodie Foster was her replacement. 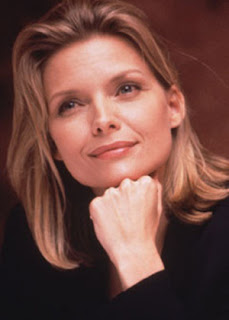 The movie's villain will be in our homes come early April.  That's when NBC premieres its new series, Hannibal, about further adventures of the infamous Dr. Hannibal Lecter. 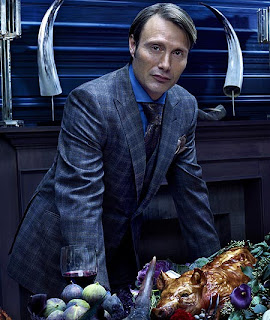 Hugh Dancy, a fine British actor, stars in the series as Special Agent Will Graham. 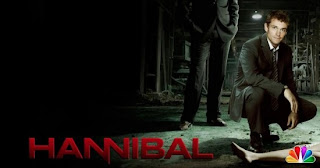 When I saw the Hannibal promo during Saturday Night Live, I immediately thought of why Michelle Pfeiffer bowed out of 1991's The Silence of the Lambs.  It wasn't a scheduling conflict.  I asked her about it and included the clip in one of my demo reels.

Ms. Pfeiffer had a point.  Did you see the 2001 sequel, Hannibal, with Julianne Moore in the role of Clarice Starling opposite Anthony Hopkins repeating his role as Dr. Lecter? 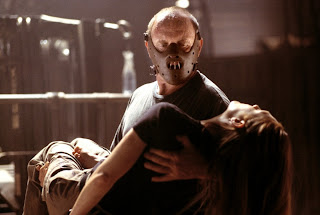 Good actors.  Good performances. But that sequel made me very uncomfortable.  I don't see the need for a sequel to every single hit movie.  Often that one story is enough. 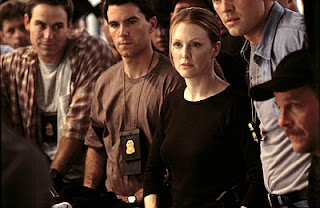 At the end of Hannibal, after an extremely grotesque Dr. Lecter dinner party, I remembered another comment Michelle Pfeiffer made during our interview.  She said that if they'd just killed him at the end, she would've been cool with The Silence of the Lambs.

I'd love to interview her now that he's got a TV series set to premiere.  Wow.  He's like the Charlie Brown of serial killers.  Coming up in October...It's the Great Pumpkin, Dr. Lecter.

Can you imagine Hannibal Lecter on the Red Carpet?  When you ask him "Who are you wearing?," his answer would be very creepy indeed.