Where did her movie go?  It played in Canada.  Where is it?  Simon Cowell didn't think she had the star quality to advance on TV's American Idol but Hollywood saw it.  Jennifer Hudson landed a dream role in the movie version of Broadway's Dreamgirls.  She was the talented and complicated Effie, the back-up singer seen on the far right. 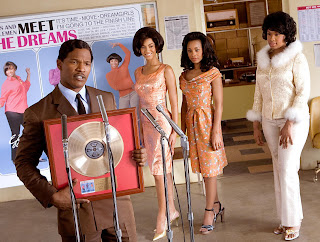 After years of disappointments, Effie's talent and a new attitude bring her to center stage. 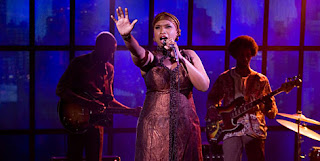 The performance earned Jennifer Hudson the Oscar for Best Supporting Actress of 2006. 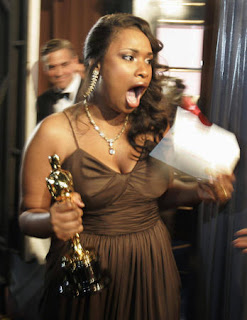 In between 2006 and her recent appearance on NBC's Smash singing with the show's star and fellow American Idol loser, Katherine McPhee, Ms. Hudson went dramatic. 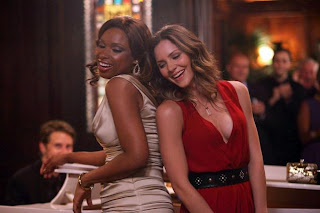 It was a major big screen assignment.  She played Winnie Mandela opposite Terrence Howard, Best Actor Oscar nominee for 2005's Hustle & Flow.  Howard co-starred as young Nelson Mandela in Winnie.  This film focuses in the early years of the woman who became the wife of the now-globally famous ex-prisoner and South African anti-apartheid activist.  Winnie was supposed to supposed to be released in 2011.  Here's a clip.

It was reported the film would  come out in 2012. It didn't. Heck...Nelson Mandela was released before this movie was. It screened at the Toronto International Film Festival in 2011. I was really curious to see how Oscar winner Jennifer Hudson handled the Winnie Mandela role in that biopic. 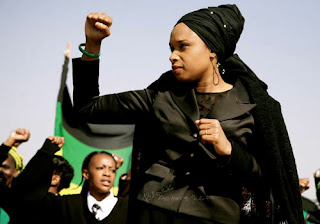