It's not just Black history. It's American history. It's entertaining. It's enlightening. At times, it's infuriating because it's socio-political. It's a 2019 documentary I saw on HBO. A documentary called THE APOLLO and it takes us to the truly iconic Apollo Theater in Harlem. The Apollo stands as one of the most famous theaters in New York City. 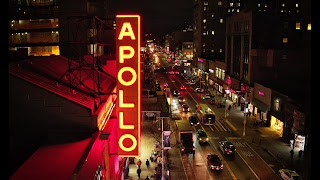 I've never revealed this about my TV career, but it's the truth. I didn't seek a TV career to become a star. I want to be popular on the medium, yes. Because if I was popular, I was drawing an audience. If I was drawing an audience, I could stay employed. I wanted to do work that I loved and be paid well for a job well done. I wanted to land the kind of work opportunities that were denied Black people when I was a kid and I wanted to make enough money to give my divorced, single mom a better home with a more comfortable life. I did the best I could. There was pay disparity. Between 2000 and 2008, with years of national TV credits on my resume including having been the first African American talent to get his own prime time celebrity talk show on VH1, I was offered national broadcast work that paid $500 a week. When I got those offers, I thought to myself, "They wouldn't offer me this low money if I was white like Rosie O'Donnell or Tom Bergeron."

Despite that, in my career, I have been blessed enough to meet and often interview several people who are interviewed in THE APOLLO. Those people are  Leslie Uggams, Patti LaBelle, the late Nipsey Russell, Smokey Robinson, Gladys Knight, Chris Rock, Angela Bassett and Paul McCartney. The documentary, directed by Roger Ross Williams, take us from the 1930s when an unknown singer named Ella Fitzgerald got onstage and sang a song she loved by vocalist Connee Boswell to the modern times of Black Lives Matter. Yes, it's entertaining. However, this doc also makes you say "The struggle is real and the struggle has been long." Here's a trailer.
Patti LaBelle talked about her early career and times when she was not treated with the same respect as white performers. She also talked about the hardships of being a Black woman performer on the road back in the days when restaurants and hotels had a "White Only" policy. 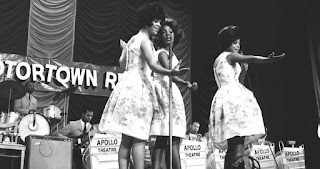 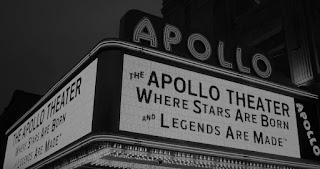 Paul McCartney tells how he and The Beatles were heavily influenced by Black music and entertainers who headlined at The Apollo. The Beatles wanted to visit The Apollo when they made their first trip to America. During my VH1 years -- 1987 to 1990 -- I flew to London to do an exclusive interview of Paul McCartney for a one-hour special. In it, I asked him about The Beatles' first appearance on THE ED SULLIVAN SHOW on CBS. The audience was packed with screaming teen girls. I asked if he noticed that there were no Black teens sitting with those screaming Caucasian girls. He replied that he most certainly did. The Beatles wanted their audiences to be integrated.

THE APOLLO is a very good documentary. Look for it on HBO Max, YouTube or Amazon Prime.
at August 22, 2020