There's some powerful Black History in this documentary that many of us missed and many others might not have known was hitting the TV airwaves. The documentary ends with a montage of contemporary faces and images -- people and events that the late TV host, Ellis Haizlip, surely would have talked to or talked about on his show. Spike Lee, Misty Copeland, Ava DuVernay, the murder of George Floyd. Long before the three words became a forceful social statement and a global phrase, SOUL! was a weekly TV talk/variety show fueled by the creed "Black Lives Matter." SOUL! aired on WNET, New York City's PBS station, from 1968 to 1973. Ellis Haizlip gave audiences a show that was a huge groundbreaker in presenting diversity and cultural awareness on television. Mr. Haizlip was Black, a visionary and he was gay. 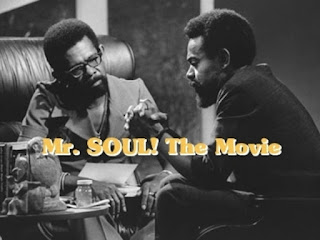 Melissa Haizlip has directed a documentary about her trailblazing uncle and it's something we really need to see now. I was enlightened, entertained, moved and humbled. I wish I could have met him to thank him for his work, his compassion and his honesty. And, Lord, did he book some sensational talent on his show! Muhammad Ali, Ossie Davis & Ruby Dee, Al Green, Gladys Knight, Patti LaBelle, little Arsenio Hall, Stevie Wonder, Carmen de Lavallade, Harry Belafonte, Ashford & Simpson, poet Nikki Giovanni, the Last Poets. SOUL! was fierce. I loved growing up in South Central L.A. However, I wish I could've been in the New York area at that time to see some SOUL! 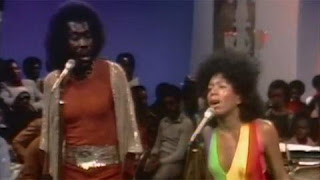 The show came along when there was hunger from African Americans for positive images of our community on television. The 1960s had the Civil Rights movement and there was also coverage of the uprisings in Black communities across the country. It's understandable why some Black citizens viewed TV "...as a tool to denigrate human life." The coverage of the uprisings, like the Watts Riots I witnessed as a youngster in that community, were presented via a white male news reporter gaze. My parents and I watched the Watts Riots coverage on local TV news and we read the reports in the Los Angeles Times. There was no Black reporter on TV at a local station to go into our community and file reports. There was no Black reporter on staff at the Los Angeles Times. That was August 1965. SOUL! presented the accomplishments, achievements, angers and attitude of Black people via a Black gaze. The gaze of the remarkable Ellis Haizlip. His show would,  be fresh even by today's standards. He had a mostly female production staff, he gave great attention to female artists on his show, he loved and acknowledged the theatre arts and he featured spoken word artists. Long before rap and hip-hop, we had the Last Poets. He finessed a TV broadcast of poet Nikki Giovanni interviewing James Baldwin. All this cultural richness was in the spotlight thanks to a gay Black TV host and executive producer. Here's a trailer.

Ellis Haizlip punctured sexism and homophobia on TV -- especially within programming for Black audiences. About his being gay, same-gender loving, two spirit or whatever you choose to call it, one of his relatives initially was not accepting of it. Nonetheless, as one person says on-camera about Haizlip's being different, "...that was his magic." 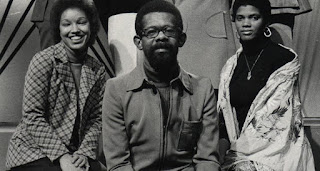 If I had known about SOUL! in the 70s when I was starting college, if I had known there was a gay Black man making positive TV history, if I had seen those shows and learned from them, I'm positive I would have been more confident and braver in my TV career -- especially during my talk show host years in New York City in the late 80s.

A buddy and former co-worker is in this documentary. He's the fascinating Felipe Luciano. Felipe knew Ellis Haizlip. Felipe himself became a TV host. He was a news anchor on New York City's Fox5 station. He anchored on GOOD DAY NEW YORK. For that local morning news show, I did entertainment features in the 1990s. Every time I worked with Felipe on the air, I felt that his energy made me better. He's smart, sophisticated, earthy, sexy, provocative, truthful, giving and wise. He is exactly the kind of person I hoped to meet when I moved to New York. I mention him because, gay man that I am, I always felt safe in his presence be it on-camera or off. I felt I could be myself with him. Ellis Haizlip must've felt the same way. Felipe's warm accounts of their friendship are some of the highlights of this documentary. And there are many. The production is dedicated to the late actress/singer Novella Nelson. She was a marvelous talent many of you may recall from the 2002 drama, ANTWONE FISHER, starring and directed by Denzel Washington. She was in the original Broadway cast of the hit musical, PURLIE!, based on a comedy play by Ossie Davis.

Before Oprah, before Arsenio, there was Ellis Haizlip. SOUL! was an extraordinary cultural landmark. The documentary director says that her uncle "was considered to be the Black Johnny Carson." He was a true pioneer with a revolutionary show. The TV history he made deserves to be remembered. MR. SOUL! starts streaming August 28th. Thank you for this lively and revealing documentary, Melissa Haizlip. It is most relevant today.