He had the most enormous head I'd ever seen. In a close-up, it filled the entire screen of the Vermont Drive-In that night in Los Angeles. Maybe his head looked so enormous because his hair seemed to be a mile high. Also, the actor's intensity filled the screen. This was what I thought of Burt Lancaster as ELMER GANTRY. Lancaster's performance would bring him the Oscar for Best Actor of 1960.

Burt Lancaster was a wonderful actor who believed -- and proved -- that movies could be entertaining and address social issues at the same time. I grew up in a Black Catholic household in South Central L.A. Mom, Dad and the three of us kids in a 2-bedroom/1 bathroom house on a cul-de-sac street. I loved that modest house and I loved growing up on 124th Street and Central Avenue. For a guy whose passion for film started quite early in his elementary school years, I was lucky to have had the parents I did. They were movies fans. Not just Hollywood movies. Foreign films too. Our frequent family outings to the drive-in movies were my favorite family pastime. Often, I was too young to grasp all the mature goings on and subtext -- such as in the movies SUDDENLY LAST SUMMER, THE BEST MAN or De Sica's YESTERDAY, TODAY AND TOMORROW -- but experiencing the movie was a thrill. Sometimes, the social message did get to me. I was a Catholic schoolkid when we saw ELMER GANTRY. Even at my young age then, the message of hypocrisy and religion was not over my head. 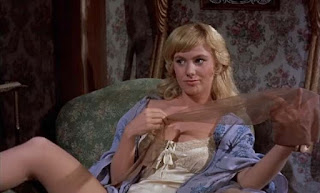 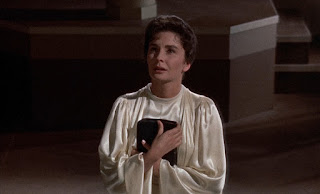 Burt Lancaster won the Oscar for Best Actor. Shirley Jones won the Oscar for Best Supporting Actress. Moviegoers had loved her daisy-fresh image as the wholesome leading lady in musicals. She sang in OKLAHOMA! and CAROUSEL before taking on the role of the smart, spiteful hooker who has the goods on Gantry, a  con artist preacher man. Jean Simmons is magnificent in the lead female role as the revivalist who acquired a huge flock of faithful Christian followers. Simmons did not get a Best Actress Oscar nomination, but she should have. (Elizabeth Taylor won for BUTTERFIELD 8.) Her performance burned itself into my memory since the first time I saw the movie. Her character is conflicted. She appears as focused in her mission as Joan of Arc. However, money and sex could cause her religious career to go up in flames.


I saw ELMER GANTRY when it made its network TV debut. I've rented it from my video store a few times. Beside the social issues, it made me aware of good screen acting and the fact that every part, a leading role or a bit part, is important.

Max Showalter also burned himself into my memory with his performance. In later years, it taught me a valuable lesson in acting. Burt Lancaster, Jean Simmons and Shirley Jones are stars you know. Max Showalter was not a star although his face was recognizable because he worked in many films and TV programs. You knew his face but you didn't know his name. If you're into classic films, he played the husband opposite Jean Peters who gets involved with the troubled married coupled played by Joseph Cotten and Marilyn Monroe in NIAGARA. He's seen as one of the singing salesman on the train in the opening number of THE MUSIC MAN. 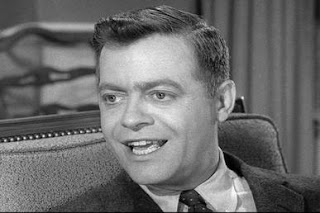 His role in ELMER GANTRY was uncredited but that doesn't mean it was unimportant. He's in the last 15 minutes of the movie, playing a deaf man at a revival meeting. Sister Sharon (Jean Simmons) is preaching. Max Showalter has very few lines in his intense scene with Jean Simmons. It's a bit part. Nonetheless, he is fully committed to his character and totally absorbed in the script's overall story. His bit part sets up a huge, incendiary scene in that last act. If he is not totally committed as he delivers those few lines in his uncredited bit part, that key final scene would have less punch. His commitment adds muscle to the mystery of Sister Sharon.

Most of the on-camera acting I've done has been in TV commercials. I did two bit parts in episodes of THE SOPRANOS. My bit part in the Season 3 episode entitled EMPLOYEE OF THE MONTH was influenced by Max Showalter's work in ELMER GANTRY. I had only five lines. However, I was given the entire script to read. When I did, I realized what was driving the episode and the action that led up to my brief appearance. That information told me exactly how to play the character. I didn't treat the role as "only a bit part."

ELMER GANTRY, based on the novel by Sinclair Lewis, was directed by Richard Brooks. Brooks also wrote the screenplay. To me, the movie was not just entertaining. It was enlightening and educational. By the way, in that script for THE SOPRANOS, the TV reporter was written as "a young, willowy blonde." The casting director had seen me months before at another audition, remembered me, and gave me the part. She said, "Forget the description of the character. I've seen your work. I know you can do it." And I did.