This is something that has caught my eye for about five years now. It always makes me smile when I'm sitting in a movie theater and reading a film's credits. I never hear entertainment news reporters address this, but I certainly would if I had the opportunity to interview the actor. Are you aware of how many times Brad Pitt has been a top producer on a project that puts a light on marginalized people -- especially people of color? Thank you, thank you, thank you, Brad Pitt. Before I get to listing some of those projects, let me tell that I recently saw Quentin Tarantino's ONCE UPON A TIME IN HOLLYWOOD. I resisted seeing it when it first opened. I was born and raised in Los Angeles. I was a child of the 60s whose favorite pastime was going to the movies. A big thrill for me was when I could get on the bus, use my RTD transfers and see movies on Hollywood Boulevard during summer vacation. I vividly recall listening to the radio the day the news bulletin broke about a celebrity death. The DJ said there'd been a Hollywood death and I listened, assuming an elder entertainer, a star from the 1930s or 40s, had passed away. Then the radio show cut to a reporter. You could hear in the timbre of the radio reporter's voice that he'd been horrified. He broke in with the news bulletin that there had been a gruesome Hollywood murder. It was the Manson Clan evil and one murder victim was rising star, the very pregnant Sharon Tate. I remember the shock wave that sent an immediate, cold jolt through the Pacific Coast, open door policy in some Southern California life. I did not want to see those Hollywood murders revisited and recreated in a big new movie. Well, they weren't. For me, personally, that was a relief. About Brad Pitt's performance in ONCE UPON A TIME IN HOLLYWOOD, if he gets an Oscar nomination for Best Supporting Actor, he absolutely deserves it. He slams across a solid character performance as a Hollywood stuntman/caretaker of the 1950s/60s era. I've been watching his movies since his man-candy cowboy role in 1991's THELMA & LOUISE. Pitt is in peak performance in this 1960s Hollywood tale. 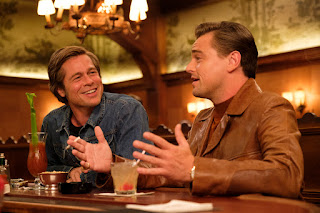 He captures the character. He captures the tone of the era. Every guy should have a buddy like Cliff Booth in ONCE UPON A TIME IN HOLLYWOOD. Click on the link to see a trailer:

In the Spike Lee film, BLACKkKLANSMAN, based on a true story, black undercover police officer Ron Stallworth says "With the right white man, we can do anything." That line broke me up laughing because it's often so damn true. In a very good way for some filmmakers, Brad Pitt has been the right white man. 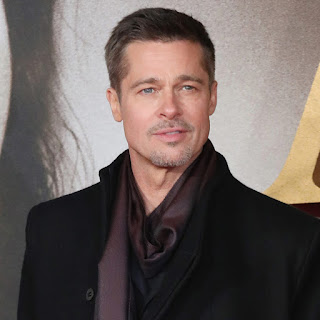 On Netflix, there's a Chelsea Handler special called HELLO PRIVILEGE. IT'S ME, CHELSEA. In this documentary special, the comedian travels to various locations to see if white privilege does indeed keep black folks from moving quickly up the social and economic ladder. If you watch just the first 10 minutes, you will see her interview two fellow comedians -- Kevin Hart and Tiffany Haddish. Those two tell Chelsea something that has been a constant through most of my TV career. When they were watching their white show biz buddies get agents and great audition opportunities, they were not getting the same representation attention and audition opportunities. They asked their white friends for recommendations on agents. In my broadcast TV and radio career, I did the same thing from when I had my own primetime celebrity talk show on VH1 in the late 80s to 2002 when I booked myself a job hosting a Food Network show that was so popular it aired weekly for six years.

In other words, the playing field has never been level and any help received from a white buddy with some pull is greatly appreciated.

Brad Pitt was a top producer on these films: 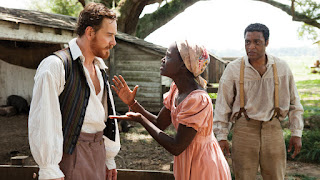 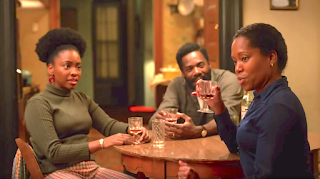 If you saw and loved PARASITE, I recommend you see THE LAST BLACK MAN IN SAN FRANCISCO. That Bay Area independent film shows something that I've experienced. It shows that gentrification is like a cultural and emotional rape that displaces working class people of color. THE LAST BLACK MAN IN SAN FRANCISCO is one of the truly golden, unsung indie films of last year that boasts wonderful new Black talent (Jonathan Majors and Jimmie Falls) and has beloved, veteran Black talent (Danny Glover). Here's a trailer.

Yeah. One more time, I just want to say "Thank you, Brad Pitt. Thanks for the attention and thanks for the help."