I have watched GOOD MORNING AMERICA for a long, long time. I watched when the Oscar nominations were announced and GMA's weekly film critic, Joel Siegel, was in studio live to do post-nomination analysis. In those days, each network -- ABC, NBC and CBS -- had a weekly film critic on its weekday morning news program. We also had syndicated weekend film review shows with two critics doing reviews. This goes back to the 80s/90s and there was no racial diversity in the line-up of critics. They were all white dudes. Society and times have changed. Now, diversity is an issue that deserves attention. So here's the thing -- and I write this as someone who has rarely seen a reflection of himself on national TV in the area of film critics: Again, I watched a white entertainment news journalist on GOOD MORNING AMERICA bring up the lack of racial diversity in the list of Oscar nominated actors. yet there was no Black/Latinx entertainment news contributor as a guest in that segment. And I do not mean to slam today's guests, ABC Entertainment News anchor Chris Connelly and VARIETY's Elizabeth Wagmeister. She's the journalist who said "...not a ton of diversity" referring to our Oscar-nominated actors. But can't GOOD MORNING AMERICA book a Black/Latinx entertainment news veteran to be in place for the Oscar nominations discussion and add a different outlook with some history? Can't GMA have a person of color as a guest when Chris Connelly brings up the Hollywood diversity issue? 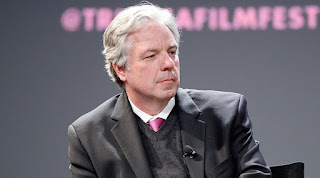 The morning Viola Davis was nominated for Best Supporting Actress in FENCES, Chris Connelly and fellow Caucasian entertainment news journalist, Jess Cagle, were live on GMA for the Oscar nominations. "Oscars So White" was mentioned. Both gentlemen gushed over the umpteenth Oscar nomination Meryl Streep received. NO ONE mentioned that Viola Davis had just become the most Oscar-nominated Black actress in Hollywood history by receiving her 3rd nomination which came for her performance in 2016's FENCES. I cheered in my living room when I heard Viola's name announced that morning. For 20 years, the most Oscar-nominated Black actress had been Whoopi Goldberg with her Best Actress Oscar nomination for THE COLOR PURPLE and her Best Supporting Actress Oscar win for 1990's GHOST. Both Whoopi Goldberg and Viola Davis are stars -- on ABC programs (THE VIEW and HOW TO GET AWAY WITH MURDER).

Think of actors who've won an Oscar for playing a real life character. There's Nicole Kidman for THE HOURS, Philip Seymour Hoffman in CAPOTE, Sean Penn in MILK, Julia Roberts in ERIN BROCKOVICH, Jamie Foxx in RAY, Forest Whitaker in THE LAST KING OF SCOTLAND, Cate Blanchett in THE AVIATOR, Marion Cotillard in LA VIE EN ROSE, Christian Bale in THE FIGHTER, Mahershala Ali in GREEN BOOK , Meryl Streel in THE IRON LADY and Rami Malek in BOHEMIAN RHAPSODY. (There are others.) 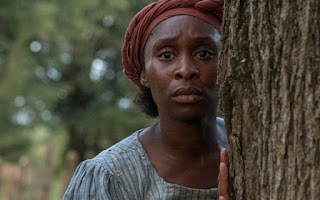 But the Academy didn't seen to notice.

Those are some points that I, a person of color, would've mentioned had I been a guest on GMA for the Oscars talk. Full disclosure: I was hired by ABC News to be the weekly entertainment editor on an ABC News weekday live hour-long show called LIFETIME LIVE. The ABC production aired on Lifetime in 2000. I did film reviews and gave film history with an accent on accomplishments of women in film. The show lasted only one year. I was very interested in doing entertainment news contributor work on GOOD MORNING AMERICA. I made a pitch -- but the interest was not mutual.
at January 13, 2020