Thursday, June 6th. The TODAY Show went full gay for one segment this morning. All the colors of the rainbow flag were pulled out and splashed onto the backdrop that read "Speaking Out Loud." Four anchors were seated to greet the special guests, actor Neil Patrick Harris and his husband, David Burtka. The gay couple was present to talk about the upcoming 50th anniversary of Stonewall and a special project of theirs. 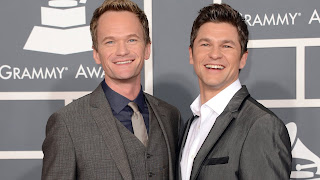 In initial thought was, "Wow. TV was not like this back in the 90s during the dark days of the AIDS epidemic." We didn't see openly gay actors as guests on news shows. Certainly no actors like Neil Patrick Harris, a talented performer who won national fame playing a ladies' man hetero bachelor on a popular sitcom. We didn't see openly gay anchors and reporters as regular contributors on network news programs. The door of inclusion was closed to us. Let's not forget that now as PRIDE marches and celebrations are tightly embraced by corporations like a stunned lady cat caught in the clutches of Pepe Le Pew. It wasn't always like this and that is the reason why we march.

You can probably find this show online. IN THE LIFE was a weekly magazine show for the LGBTQ audience that aired on PBS stations. Katherine Linton was the warm, wonderful host. During Season 2 in 1994, there was an edition called "Stonewall 25: Global Voices of Pride & Protest." I am one of the one-air contributors in that show. The day I taped it, I had just flown back to New York City early that afternoon from my partner's funeral in Tennessee. He died of AIDS. What I wear in the show, I wore on the flight home.

When I started my professional broadcast career after graduating from a Milwaukee university, I knew that performers -- especially males -- kept quiet about being gay for fear of losing their jobs and their incomes. I'm Black, so I also knew that I'd have to work twice as hard to make half as much as a less talented white guy. I was single but I was helping family members. Most folks, like LAVERNE & SHIRLEY, would move from Milwaukee to L.A. My single working mother decided to do the reverse after she flew in for my college graduation. She decided to relocate the family from South Central L.A. to Milwaukee, sending my younger brother ahead of her by a year. He was in a parochial high school and Mom wanted him to continue in a parochial high school. My brother moved in with me, I took on an extra job and I paid his high school tuition. When Mom moved to Milwaukee, I paid off her moving expenses. This is when I was in my 20s.  When I got a New York City TV job offer in 1985, Mom was in a financial mess. I helped by assuming the mortgage on her Milwaukee house while I lived quite modestly in New York.

The point is -- if I came out like a Carson Kressley-type causing producers to not know what to do with me and if I lost work, I would've been in a financial bind and my mother and brother would not have had roofs over their heads.

September 1992. After three great years on VH1 as a veejay and talk show host,  I got contacted by WNBC news execs to be a regular on a new show they were launching. A new weekend local show called "Weekend TODAY in New York." The show made its debut in September, in October I was asked out on a date, and that date blossomed into the first romantic relationship of my life. Unfortunately, he was diagnosed with full blown AIDS a few days before Christmas. He was unable to work. He lost his job. His roommate decided he could not live with a person who had AIDS. Eventually, I moved Richard in with me in my 500-square foot studio apartment in the Chelsea section of New York City. I became his primary caregiver.  The weekend WNBC job was, in truth, frustrating. It was a top channel in town but I felt like a second class citizen. Instead of letting me stay in-studio to do entertainment features, which was the initial offer, it was decided I'd be out in the field to be live and funny at community events. I was under contract.

I confided in a few gay co-workers. They all urged me to keep quiet about being gay and having a partner with AIDS for fear of losing my job. I told them I was in good health. They replied, "It doesn't matter. We don't trust this current management."

In time, I felt their judgment was correct. When I pitched doing a positive segment on the gay community, it was nixed. I was assigned to do liveshots from several street fairs in and around town. Except one. I wanted to do a liveshot from a fundraiser street fair being held one weekend morning in Greenwich Village by SAGE, the services and advocacy group for LGBT seniors. The news director rejected my pitch. Apparently, lesbians in their 60s selling macrame plant holders, scented candles and old Joni Mitchell albums was too controversial, unlike the show's constant updates on Joey Buttafuoco. The clincher was the MRS. DOUBTFIRE junket interviews. The show aired my interview of Robin Williams. But the WNBC news director refused to air my interview of Robin's co-star, Harvey Fierstein. Robin Williams' then-wife was in the room during my interview. She complimented me on it and so did the head of 20th Century Fox publicity. He was also in the room. There was nothing in the interview that could not have aired on a Disney Channel. So why didn't my news director boss air it?  He said this about Tony winner Harvey Fierstein: "I have a problem with him being openly gay." 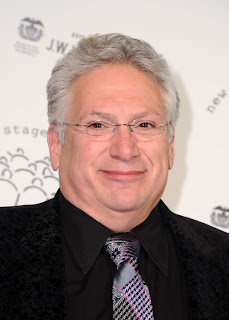 I gave that news to Harvey.

I was making a standard part-time wage and I kept the job because I was helping my terminally ill partner, still paying the monthly note on my mother's house and paying my own rent.

Remember how Katie Couric used her late husband's cancer illness as inspiration to do news features on how to fight cololrectal cancer? She helped millions of people with her colonoscopy information. I would have loved to do WNBC news segments on what I'd learned in how to be a caregiver to a loved one with AIDS. I wanted to. Surely, I was not the only person in the New York area to be in such a position during that dark time. But the door to inclusion was closed to us.

Richard died in June 1994. I stayed at "Weekend TODAY in New York" until I had made enough to pay off his funeral expenses. That was December 1994. The news director called me in for a meeting in early January. He praised my work and my popularity with viewers. Then told me I'd get no new contract, no raise, I'd never go full-time and I'd never move up to NBC network assignments. But he wanted me to stay with his WNBC local show because I was so popular.

I quit. I need to add that all the WNBC news execs there with whom I had high drama have been long gone. Having seen the Neil Patrick Harris interview segment, it's obvious there's a new attitude at NBC. Still, don't think it's always been like that on TV. When you see Andy Cohen, RuPaul's Drag Race, Anderson Cooper, Don Lemon, Robin Roberts, the Ellen DeGeneres show, Ricky Martin, Mayor Pete Buttigieg, and the popular members of the QUEER EYE reboot, remember...that was all a long time comin'. Heck, the majority of the original QUEER EYE FOR THE STRAIGHT GUY run didn't even have a Black gay member.  And big name corporate sponsors were not wooing a little show like IN THE LIFE back then.

This coming Sunday, the ABC TV affiliate in Southern California will broadcast the L.A. Pride Parade live starting at 11am PST.  Wow. We're really going mainstream. Before you know it, it'll be an annual telecast like the Tournament of Roses Parade. We'll hear a local anchor say, "Look! Now we have a float with a giant sling and the theme is 'Hang In There.' The sling is decorated with freesia, baby's breath and hollyhocks. Waving at us from the float are representatives from Leather Daddies of La Cañada Flintridge. Glad to see you guys. Isn't that a fabulous float?"

Cherish the freedom. Appreciate the inclusion. Don't take it for granted. And have a great PRIDE Month -- before the parade passes by. 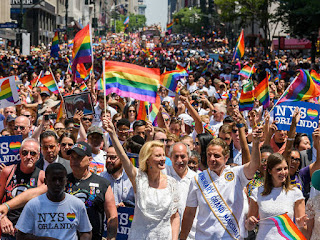 (If you're new to my blog posts, here's a sample of the VH1 talk show I had before I was hired by WNBC and a WNBC piece on Madonna I did a few weeks after that show's premiere.)

(Here's the Madonna piece. A gay cop on the NYPD force helped me get a spot in the crush of reporters. I am still grateful to him.)