Please allow me to gush about a multi-talented New Yorker. He's an actor. He's a writer. He's a story editor for a Spike Lee series on Netflix. His name is Lemon Andersen. 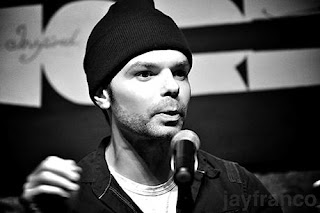 In my TV career, something I totally loved to do, something the lit me up inside, was to introduce viewers to a talented newcomer I'd seen. Ironically, this was difficult to do in the 90s during my days on local New York City morning news programs. Difficult because producers were often resistant to the idea instead of realizing that putting a spotlight on local unknown talent for three minutes was a good idea that could pay off in the long run.

In the fall of 1992, I was regular on a new WNBC/Channel 4 local weekend morning news program. Early in its run, I was invited to a dinner party. Over dinner, I met an actor who'd been on an off-Broadway show. He was the only man in a short comedy play called FIVE WOMEN WEARING THE SAME DRESS. He and I traded phone numbers. I had a hunch this unknown actor was going places. I went to our show's producer and pitched a segment for myself called "People You Should Know." Every time I pitched the interview of the unknown actor to my producer boss, I called the actor and told him so. Three weeks later, I was still hearing "No" to my idea. My producer said "No one knows who he is." I replied, "That's the point. I'm introducing viewers to local talent they might hear about in the future."

The actor graciously called me to thank me for my efforts to get him on the show. He thanked me and told me he'd decided to move to L.A. to try his luck there. His luck was good. Thomas Gibson was cast as "Greg" on the sitcom DHARMA & GREG. After that, he was Aaron Hotchner on the series CRIMINAL MINDS.

I was cast in a local one-act play in New York City's East Village. Two people involved with the production stood out to me and I pitched my segment idea again in 1994. An actress in the play won my heart with her charm and talent. The playwright wrote some fabulously funny and original material. Again, my segment idea was rejected. The actress and the playwright thanked me for pitching them. They, like Thomas Gibson, relocated to L.A. to try their luck. How'd they do? Camryn Manheim was in the cast of THE PRACTICE on ABC. The playwright, Alan Ball, got work writing on two sitcoms and then he won the Best Original Screenplay Oscar for AMERICAN BEAUTY which also won the Oscar for Best Picture of 1999.

In 2002, married friends of mine flew up from Florida suburbs to New York City for a little vacation. I wanted to treat them to a Broadway show. The wife is an excellent schoolteacher and avid reader and a writer. I had a hunch she'd love RUSSELL SIMMONS DEF POETRY JAM ON BROADWAY. My hunch was right. It thrilled all three of us. What  show. What great new voices. One of the standouts was a slam poet named Lemon. The audience loved him. 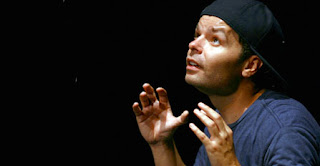 The next day, we were walking down 7th Avenue in my Chelsea neighborhood and we saw him standing in front a shop. We didn't want to bother him but I did say out loud as we walked, "We saw you yesterday and you were terrific!"

He looked over at us and replied, "Are you Bobby Rivers?"

My jaw just about dropped down to the concrete sidewalk with a thud like I was a character in a 1940s Tex Avery cartoon.

Lemon Andersen came over to us and reminded me that he and I had met. 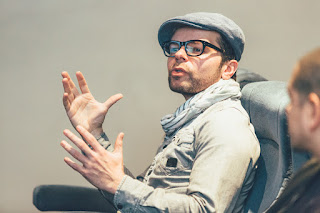 After I quit the WNBC weekend news program, I accepted an offer to be a weekday contributor on Fox5's GOOD DAY NEW YORK. One weekday morning, later in the 1990s, I was doing a live shot from a community center. The center was an arts haven for local youths. Two Puerto Rican buddies, Flaco and Lemon, were doing slam poetry. For one of my segments, I decided to share my spotlight and put the attention on them. I didn't ask the control room if I could. I just did it.  I introduced the two young poets to our viewers let them do some of their slam poetry live on-air from the community center.

Lemon Andersen told me that Russell Simmons happened to be watching the show and got in contact with him via the center. Before long, Lemon was making his Broadway debut performing his own material.

I am extremely proud of that. Look at what happened because someone with connections (at that time) saw his talent on TV, got in contact and took it to the next level.

After his Broadway debut, Lemon Andersen went on to act in the Spike Lee films SHE HATE ME (2004), INSIDE MAN (2006) and MIRACLE AT ST. ANNA (2008).  He is now a story editor on Spike Lee's Netflix adaptation of SHE'S GOTTA HAVE IT.  For the show's second season, Lemon got to write an episode about Puerto Rico, land of his ancestors and the place where two of his loved ones are buried.  The episode takes place on the island and it's titled #OhJudoKnow. 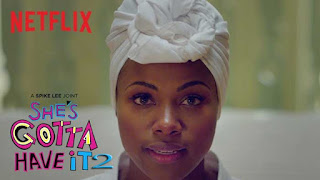 When it comes to heartbreak and hard times, Lemon Andersen definitely paid his dues early in life. Fortunately for us, he embraced the arts. He's now an accomplished artist.  I am still humbled and grateful that he remembered me. I've given you three of his film credits and his current Netflix credit. Check out his work. He's worth your time.