I am still stunned at the fact that, this coming Sunday, the ABC TV affiliate in New York City will broadcast the World Pride march live. Coverage starts at 11:00am Eastern time on WABC TV. Sam Champion and other Channel 7 news team members will be on-air for it. I am stunned because it seems like just yesterday when WNBC's local news director stridently nixed me being on-air live from a SAGE fundraiser street fair one weekend morning in 1993 or 94. SAGE is the advocacy and services organization for LGBTQ seniors. The way he reacted to my request to be at the SAGE street fair fundraiser, you'd have thought that older lesbians selling Birkenstock sandals and scented candles were a terrorist threat. But then this was the same man who nixed airing my interview of Harvey Fierstein because he personally had "a problem with him being openly gay." He also expressed concerns about me being gay.  And that's how it was in the early to mid 90s. Gay Pride marches/parades generally got one minute of video footage in a reporter's 3-minute feature on the event. Now, it's a big deal. That former WNBC news director would be publicly shamed for making such statements today. As far as I'm concerned, he should've been publicly shamed back then. Today, a gay person seems to be a fixture on just about every other TV show.

It's all wonderful and welcomed inclusion. This freedom is terrific to see. Neil Patrick Harris and Ellen DeGeneres are openly gay and each was a solo host of the Oscars telecast. That was progress. 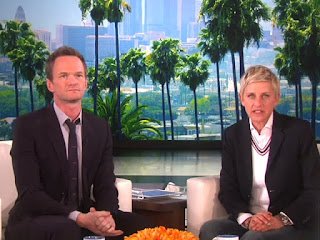 Top this all off with Mayor Pete Buttigieg. He's gay, he's got a husband, he's an Afghanistan war vet and he's a Democrat running for President of the United States. Bravo, Mayor Pete!

Nothing against youth and being being young. Heck, I was young once myself. This morning, mainstream gay Andy Cohen and CNN's Don Lemon were on a New York City radio station talking about the socio-political importance of the Stonewall rebellion of 1969. Singer Adam Lambert addressed the important of Stonewall 50 on GOOD MORNING AMERICA and how far the LGBT community has come. Neither Andy nor Don was older than 2 when the Stonewall event happened. Adam Lambert was far from even being in utero.  ABC network reporter Gio Benitez has a husband. When he got engaged -- in Paris -- the joyous occasion was profiled in a major magazine. I was working in TV for years and never felt free enough to take a male date to the company Christmas party for fear of losing my job. In this age, network TV news reporters can post photos of their same-sex spouses on Facebook or Twitter and still retain their lucrative TV jobs. Gio did a GMA report on the big business of Pride Month. It seems like every major store and corporation has discovered the rainbow flag. Again, back in the 90s, you did not see that flag displayed by businesses like it is today.  I lived in Chelsea in the 90s. Chelsea is of sort the West Hollywood on the Hudson. If you did see shops with a rainbow sticker on the window in the late 90s, many folks thought it stood for "We Sell Skittles." 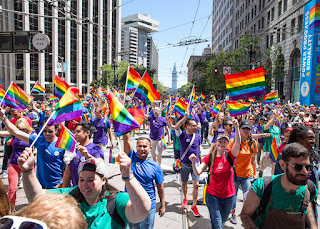 I'm going to share a memory from the Stonewall Riots era and I hope you'll not think it too goofy.  Even though it is.  Even in the year 2000, my mother did not believe that I'm really gay. She felt it was just a phase. A phase I'd been in for decades.  1969 was such a monumental year for babyboomers. For me, one of the many major events was that I made my first speaking appearance on TV. I was on a classic film trivia quiz show called THE MOVIE GAME. I was the first Black contestant, the youngest contestant at that time -- and the first Black winner. I was early in my high school years in South Central L.A. My mother was in the studio audience in Hollywood for the taping of my edition of THE MOVIE GAME. She saw me on a Hollywood TV stage press a buzzer and say, "The answer is Ann Miller!"

But in 2000, she did not believe that her oldest and unmarried son was gay.

It gets better. Months before that TV taping, I was one of a few fellow classmates who agreed to attend a summer camp experience sponsored by the National Conference of Christians and Jews. We were from a Catholic high school. We represented the Christians. The purpose of this camp was to promote dialogue and bonding between kids of different races and economic backgrounds. Our principal who asked some of us to consider attending the camp, a camp in need of Black and Mexican-American students, offered a good chuck of extra credit to be applied to our upcoming semester if we went. If I went, I could be relieved of having to read IVANHOE for English Lit. So, I signed up for the camp in the San Bernardino mountains.

Mom and Dad had divorced by then. I didn't have luggage. Mom had a piece of luggage. She brought it to me from her closet and cheefully said, "Here. You can use this."

I stared at it and replied, "Mom, it's a round suitcase."

She quickly responded, "No one will notice."

I politely yet positively refused to get on a bus to summer camp looking like a stewardess in training. Mom and I went to a Baldwin Hills store called FedCo, a place where we regulary shopped, so I could get a big duffle bag.

I was to leave for camp late Sunday morning, June 20th. I got up early, turned on my radio and heard the entertainment news bulletin:  Singer Judy Garland had died in London at age 47.

I immediately broke out into the ugly cry. The ugly cry that automatically makes your nose run. Had I been Viola Davis, I'd have received an Oscar nomination for my reaction. My wise younger sister decided she did not want to witness the drama about to come, so she went into the kitchen for a bowl of Cheerios. Mom walked into the room to see me bent over in tears.

Through my teen tears, I blurted out "I can't go to summer camp now. Judy Garland's dead."  As I wept and repeated what I'd heard on the radio -- "She was in London. She was 47" -- I repeated that I just could not go to camp. I told her to forget about taking me to the bus. There was no way I could frolic in the woods and bond with white kids from Sherman Oaks. One of the world's greatest entertainers was dead. 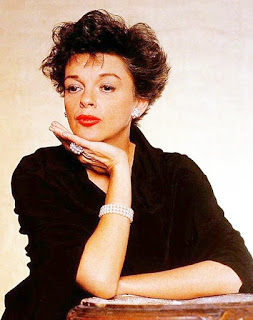 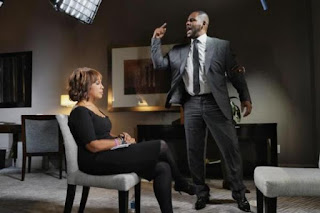 I did go to camp. I had my duffel bag. I wore shades to hide my red eyes. Mom walked me up to the boarding area. A moment before I boarded, I hugged and kissed her goodbye.  In her ear, I whispered "Pray for Judy."

We high schoolers arrived at camp. I was in my cabin. I had a bottom bunk. I was sitting on my bed listening to my transistor radio. There was a Judy Garland tribute and the host was playing cuts from her famous Carnegie Hall concert album. Luis, the slim and handsome Chicano guy who had the bunk above mine said, "What is that you're listening to?"

I answered, "Judy Garland. She died today. This is some of her music."

Slowly, I began to enjoy summer camp. Being under Luis that night helped. Bunk-wise, I mean. A week later, I read newspaper reports about the Stonewall Riots. I knew that, just like the Black folks who were at the 1963 March of Washington headed by Dr. Martin Luther King, those gay people were demanding rights that involved me. A couple of months later, I'd be on a national TV game show answering questions about Ann Miller. This was some of my Summer of '69. I leave you with a clip of the talented Ann Miller. It's a number I once tried to copy in our garage with 7-Up soda bottle caps stuck onto the bottoms of my sneakers.

I wish you a most excellent World Pride 2019 weekend.